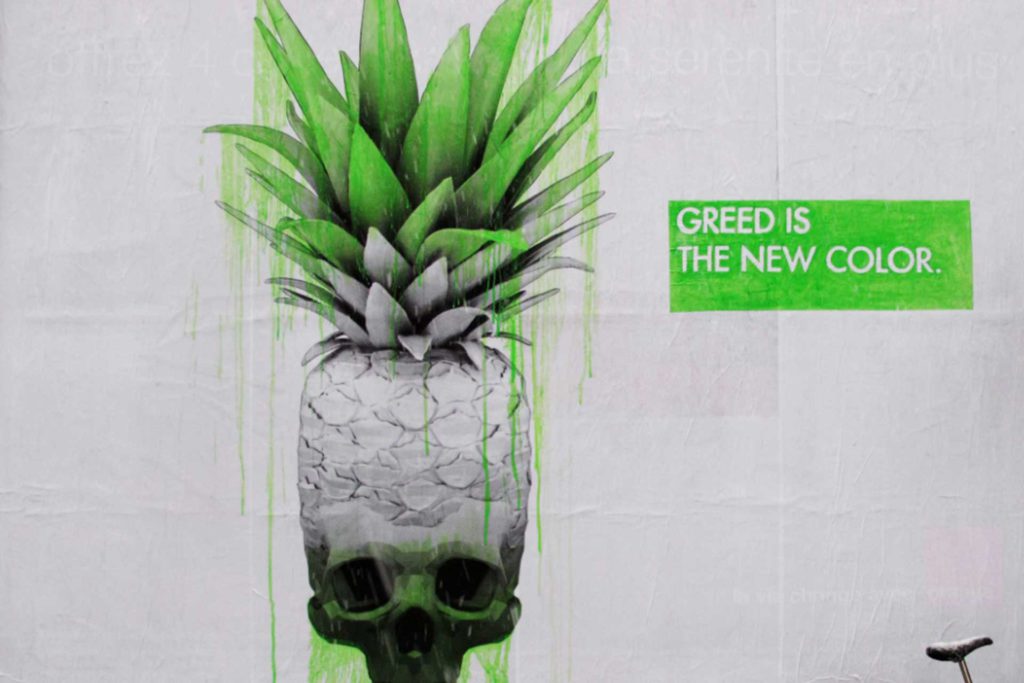 Regenerative Fund For Nature: conservation organization aims at bringing the luxury world closer to the practices in the establishment of raw material production

Regenerative Fund For Nature: understanding the centrality of the raw material

The increasing focus on the supply chain and the production process implied by brands in different sectors has allowed them to concentrate on the production of the raw materials. In the past, the latter has been neglected, especially when it comes to the level of information that can be retrieved by the final consumer of the product. Making production information and item formulation rates inaccurate and unreliable. As of 2019, Franklin Holley Director in Sustainable Fashion at Conservation International reported the critical impact the fashion system had with respect to the environment and the components involved from the manufacturing process of the items to the disposal of them. At this time, the Conservation International organization, already active on fronts such as ocean protection and climate disasters, became interested in the field of fashion, starting the studies that lead them to the development of projects with different brands. Focusing their actions on biodiversity conservation, the initial analysis was basic, coming to realize the centrality of food and clothing in everyone’s life. The project starts from making the brands understand that it is necessary to start from the base, from agriculture, carrying out an action capable of conserving resources. After the 2000s, during which the consumption, especially of clothes, has multiplied in a few years, it became essential to make the system aware of the risks of such a globalized society, trying to correct harmful behaviors. The analysis of the organization, reiterated Holley, focuses on some of the raw materials that are used in the apparel industry as they represent a significant cost to the environment, for example leather is a by-product of livestock farming and the expansion of livestock is the biggest driver of tropical deforestation. That can’t be justified by the fact that companies are buying leather as a co-product of the food industry. On the other hand, it has been noted how most of the larger fashion companies don’t have the ability to make statements from other sources of supply. One of the solutions to these problems wants to be sought at the base of the method of production of materials, especially when it comes to the working of the lands and cultivation.

Regenerative agriculture goes to seek its origins among the traditional methods of cultivation, implementing it in a conscious way, respecting the soil and its components, along with water, and following the natural cycles of plantations. In contrast, some methodologies, which have become commonplace over time, have promoted deforestation and carbon emissions, while also using harmful chemicals that have leached into water resources. It is clear, according to the studies done by the Conservation International organization, that regenerative agriculture can be an element in the achievement of environmental goals. Each project has its own specificities, Holley pointed out, explaining that their methodology rarely follows the criterion of certifications, which often do not allow everyone to be included and helped in this transition process. It focuses on the actual positive outcomes when this type of cultivation is activated. The project mentioned is the Regenerative Fund For Nature, created in collaboration with the luxury group Kering, which mainly aims to encourage the adoption of these techniques through a concrete help not only related to the financial aid. Each case is unique, but the main factors on which the regenerative agriculture project focuses is to work the soil to increase its capacity to sequester carbon, hold water and improve its functionality. Other elements are the prohibition of the use of chemicals, favoring ecological solutions dictated by nature, and the preservation of the natural ecosystem by maintaining the flora and fauna present in the cultivated areas. Some of the common practices in most regenerative systems include: rotating crops, planting cover crops and retaining crop residues, performing little or no tillage, eliminating synthetic chemicals, using natural sources of fertilizer, and introducing highly managed pastures and or integrated crop, grazing systems, according to Kering’s website. The goal would be to make the industry understand how the fashion sector can actually control its supply chain in a way that has positive effects on the environment, to increasingly produce natural materials.

The transition to a regenerative type of agriculture is not immediate, the development with the farmers and the workers during that phase is crucial in the modification of the common behaviors. It is going to act on existing farms by analyzing their production processes, as it has been done for several fashion brands by the organization. The products targeted are also among those most criticized for their production process not at all in line with natural rhythms, such as the consumption of water for cotton. If made responsibly, the products chosen can generate a global margin of improvement. In addition to cotton there are leather, wool, and cashmere. The priority of materials also derives from the impact in the geographical difference: there are areas that align with these material priorities, such as leather the byproduct of the beef industry and deforestation in places like the Amazon. Other places have been analyzed by Conservation International like Argentina, where Kering sources the beef leather, in order to reduce the environmental impact, also acting on degraded lands or remaining intact grasslands. For each material and land, Kering and Conservation commit to using types of agricultural practices that support regenerative production. Some examples cited on the corporation website are for leather, wool and cashmere: «Improve soil health and above ground or below ground biomass through rotational grazing, as outlined in a grazing or pasture management plan. Ensure ground cover (avoid bare earth), leading to improved water retention in the soil, carbon sequestration and reduced run-off». While supporting biodiversity both on and off the farm practices such as set-aside, hedgerows, and wildlife corridors. Also implementing the ‘Five Freedoms’ of animal welfare, as endorsed by the World Organization for Animal Health, the European Union, and national animal cruelty prevention associations around the world. Also for cotton, practices are explained from the soil, the improving its health comes through cover crops, minimal or no-tillage farming, composting, crop rotation, and/or intercropping, leading to observable gains in soil carbon, water retention capacity, and soil organic matter. The process also provides assurance of the ‘certifiability’ of organic produce, banning the use of pesticides, fertilizers and GMO seeds. Implementing farmers’ livelihoods is the key in both cases.

The outcomes and the approach of fashion brands

The involvement of large fashion luxury groups and their recognition in the sector can be forward-looking in order to catalyze and inspire other companies with their example. Their ability and possibility to establish funds that can enable development and transition even where resources are scarce is key. The expenditure of energy involved decreases over time with the activation of the regenerative agriculture practices. The fashion world should now commit, according to Holley, to increase attention to the different levels of environmental conservation, such as landfill, biodiversity, water consumption in order to have an impact that works for people, for nature and for the creation of raw material. Another favorable point is the management of workers and farmers for whom a fair earning plan is guaranteed and a wage that is consistent with the living wage. The longevity of the land that is passed on to them is the first strong point that allows them to change course towards a fairer agriculture. This is an opportunity that permits even less developed realities to be able to adapt to a system that over time will reduce the consumption of environmental resources. Raw material is only part of the whole picture and Conservation International acts internationally by focusing on that. Fashion brands have to deal with the whole production process, and it can only start with fairer production to analyze and correct the whole supply chain and think about the end of products’ lifecycle and circularity. Holley herself said they want to find partners who can support the organization in the broader management of the production process. The underlying problem starts with the impulse to create beyond any sustainable pace and to make the most of resources that remain degraded and unable to bear fruit. The opportunity to focus on the commodity aspect offers an initial impetus towards a broader reflection that needs to be deepened within the decision-making processes of each brand. It’s not enough to own cotton, leather, wool, and cashmere created in a viable way if the next process becomes mixing them with chemicals and dyes to turn them into textiles.

The organization has been active from 1987 on environmental conservation. It proposed innovations in science, policy and finance and helped protect more than 6 million square kilometers (2.3 million square miles) of land and sea across more than 70 countries.