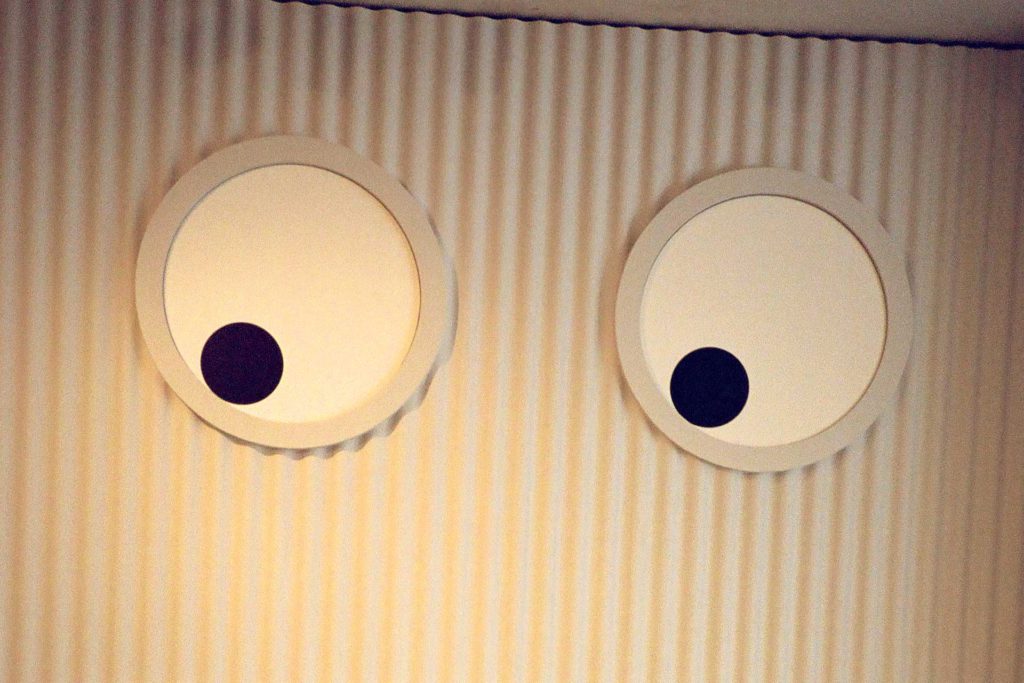 «There is a subjective selection, whether that’s based on personality or design choices». Courbet defining what ties the craftsmen and artists she chooses to represent together

A space that contains multitudes. A gallery with exhibition programs aimed to highlight the work ethos and cultural legacy embodied in the objets and the work of the master craftsmen they represent. Founded in 2013 between Soho and Nolita and now part of the Chelsea roster of art galleries, Les Ateliers Courbet is the brainchild of Melanie Courbet. Courbet represents master craftsmen and artists: contemporary Scandinavian leather goods, Tigerklo, Mongolian finest, and environmentally sustainable cashmere (Oyuna, by Oyuna Tserendorj), a 400-year-old legacy of Japanese ceramicists (Asahiyaki), high-end yak wool goods from Tibet (Norlha). They coexist alongside old-world grandeur, as embodied by porcelain manufacture Sèvres, Viennese silverware Wiener Silber Manufactur, who made the dining sets for the Habsburg Royal Palace, and Italian glassmaker Venini. «Each of them works with time-honored techniques and they carry on a cultural legacy: some are contemporary artisans who have mastered time-honored techniques, others are manufacturers who have been carrying on a rich cultural legacy in craftsmanship for generations». Courbet has to define what ties the craftsmen and artists she chooses to represent together. «There is a subjective selection, whether that’s based on personality or design choices that I respond to». She grew up in Paris. «My mother would take me and my sister on holidays, following exhibitions and visiting museums which we then did not appreciate as much as we do now». Her passion for craftsmanship developed in parallel. As a child, Melanie would beg to visit the glassblower studio in the countryside of the Loire Valley where she spent part of childhood. «I would stomp my feet in order to go see this man». Anthropology, then to Los Angeles where «without any pretense or of aspiration» she started a career in art advising. The Los Angeles art sphere, though, wore her out. «I was at a point in my life where I was jaded or not interested anymore, I just felt disconnected, in a little silver tower». Along came a friend, who had started working in a school in Sierra Leone where she helped local teachers and engaged with the community to remodel the school. She went to Sierra Leone and, upon coming back, found herself at the crossroads, wondering who she was writing or finding big grants for, and started writing and advising designer Dror Benshetrit whose New York studio was working on a design innovation with architectural and humanitarian potential. She made the move from Los Angeles to New York. In 2013 she opened the first location of Les Ateliers Courbet between Soho and Nolita — not far from McNally Jackson Books — and moved to West Chelsea four years later.

Glassware and crystal objets abound in her atelier. The pendant lights by David Wiseman are inspired by nature, and crafted by the crystal studio of Artel in the Czech Republic. Each crystal piece is mouth-blown, faceted, hand-cut by Artel’s master craftsmen reads the product description. Similarly, Soul Solitaires, a collaboration between architect Eva Eisler and manufacturer Preciosa, convey the purity of glass blowing, while the Foresta Drop pendants by Turkey-based artist Feleksan Onar are defacto sculptures that take their inspiration from gala leaves. Several crystalware and lighting set sets are part of the collections she represents, especially from the Viennese house Lobmeyr, an eminent example of an Atelier Courbet-endorsed brand: laypeople and New York tourists might be familiar with its aesthetic because a cluster of Lobmeyr chandeliers adorn the Metropolitan Opera — their design is inspired by galaxies, matches set alight, or starburst constellations and were a gift of the Austrian embassy to America for their aid during World War II. «I respect Lobmeyr. There are currently two generations alive and involved in the manufacture, but, generation after generation, the workshop has been met with a vision». The first generation was involved with the invention of Edison bulbs, while the following generation played a pivotal role in the Wiener Werkstätte, and has pioneered the use of a featherweight type of glass. Their designs are fairytale-like: their Candy Dishes crystalware set resembles soap bubbles, while the Rothschild collection is made of muslin glass and bears a distinctive star pattern that honors the Rothschild family. The atelier represents five Japanese craftsmen: Kaikado, a Kyoto-based craftsman specialized in realizing tea caddies made of tin, brass, or copper, Nakagawa Mokkugei, who makes wooden buckets; Arita Porcelain Lab, a seventh-generation family-owned ceramics workshop; sixteen-generation-old ceramic pottery studio Asahiyaki; and silk-based textile company Hosoo, founded in 1688. «The ethos that I respond to or try to together in the gallery — such discipline, humility, and attention to detail — is so integrated here: interior design, flower arrangement, crafts», she said, praising their respect for tradition, heritage, and the elders. Les Ateliers Courbet has a longstanding relationship with French master craftsmen Bruno Domeau and Philippe Peres, founders of the eponymous atelier Domeau & Peres and recipients of the honorary Chevalier des Arts et Lettres Order of France title. «They were one of my first exhibitions. I feel like I grew up with them: we challenge each other and they also challenged me when I was conceptualizing and first opening the gallery. We are the only people representing them. What I appreciate in their work is not only their obsessive attention to detail, and their craft, but also the attention to design choices in the collaborations. They’re the ‘no’ sayers. They have an acute understanding of design and know, way more than I do, about design history».

They are a best-kept secret in the industry, designing interiors of many private jets. Most recently, Domeau and Peres exhibited a collection inspired by the multitalented mind of Jacques Tati, with film being just one of the outlets he used to channel his artistry. He used to poke fun at the way design was becoming more and more absurd: three seats from the movie Mon Oncle, which are reflective of his humor, were recreated for the occasion. He made them purposely uncomfortable, as a way to highlight and mock the disconnect, in design, between form and comfort. The conflict between artistic value and functionality in an object. «I am not really interested in that tension, I never really think about it. I think of every piece I surround myself with at home or that I bring together in the gallery for my clients as a work of art, and whether that’s a teacup, a table or a non-functional decorative objet, I value the artistic aspect as much as as the tactile one in a teacup as much as I do it for sculptures, tapestries, or anything. I never think of it as a tension, for me it’s more like a whole. The narrative of Les Ateliers Courbet and its program is to bring out those practical works in a non-pretentious way, without gaming the market and being slave to fluctuating values and an artist’s signature». Rather, Courbet prefers emphasizing the values of works that are crafted. Brand’s heritage, culture, and the human element, however, does not make her a purist, with regards to the intervention of technology in the works of her master craftsmen. «I am not interested in saying ‘a machine cannot touch that piece’. However, everyone I work with has been trained with a specific manual skill set, and their understanding and knowledge of those skills give the approach an endless soul behind the work». Jonathan Hansen created a series of biomorphic vases, lamps, and sconces made of marble inspired in the way 2nd-century Roman sculptors represented the human body. He would cut some of his pieces, preliminarily, with a water- jet, and then apply his handiwork to the actual sculpture. He sculpts the rough cut and polishes it. His, to her, is the optimal use of technology by someone who has mastered a material and the work of that material. «You don’t push away technology but you don’t let it do the work for you».

Is the founder of Les Ateliers Courbet, the New York-based design gallery noted for its distinct curatorial focus dedicated to the ongoing craftsmanship mastery and design legacies carried-on by the contemporary artisans and centuries-old manufactures it represents.