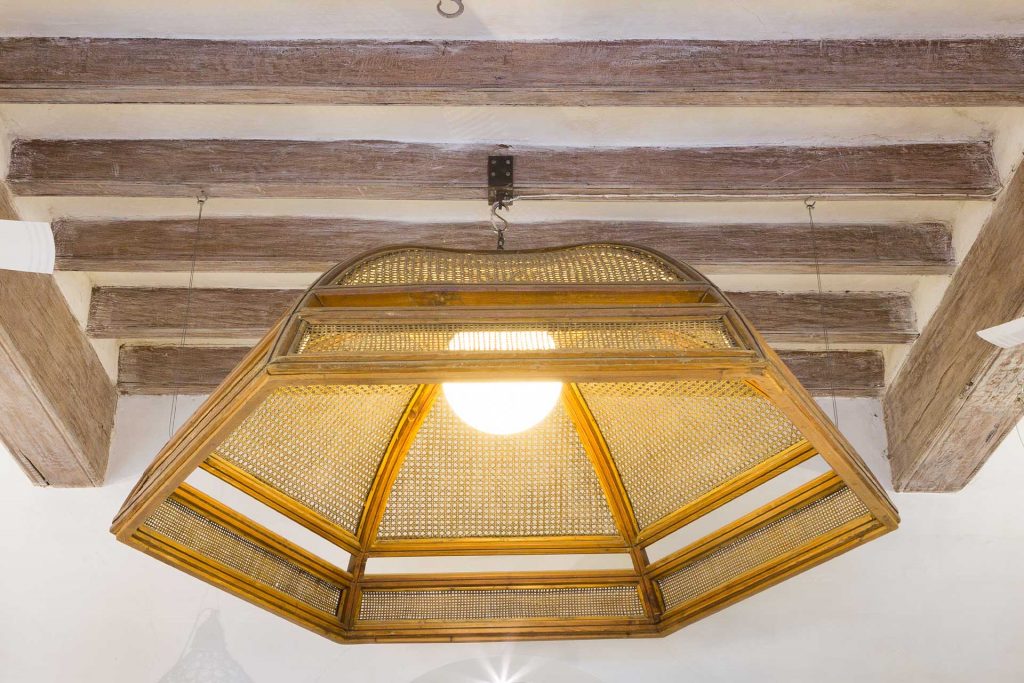 A spice plant in the retail industry. The pursuit of Radhika Poddar in establishing Cinnamon as a venture to sell the products she would like to buy

Cinnamomum zeylanicum is the botanical name for cinnamon, a derivation from the Hebraic and Arabic word amomon, a spice plant. Cinnamon is native to Sri Lanka and India and made from the inner bark of the Cinnamomum tree. Egyptians employed it as a perfuming agent in embalming bodies, and Romans burned it in their funeral pyres. In the Old Testament, it serves as an ingredient for the anointing oil. In China, India and Iran, it treated cold, cough, hoarseness, and a sore throat. In Bengaluru, it is a one-stop destination for fashion and lifestyle products. «When one thinks of cinnamon, it has got a flavor to it as a spice, and you can smell, touch it as a stick or incense. It awakens one’s senses. These sensations apply to our concept store. The textiles, designs, and products are handcrafted. You can touch the materials and fabrics and see ornaments to display at home or items to gift». The collection offers tops, dresses, pants, bed and table linens, tableware, cake stands, food trays, candle stands and candles, fruit bowls, vases, bookends, coffee table books, jewelries, shawls, stoles, dupattas (scarf), bags, and fabrics.

Radhika Poddar, grew up with her mother, who dabbled in block printing and collected antique-textiles to display at home. She picked up on crafts and designs, and attuned herself to curating products and textiles of Indian hail. Walking in the streets of Bengaluru, she noticed the gap in introducing Indian decor and articles to the community. She sells items she would like to buy. She handpicks the products sold in the store. «Ninety-nine percent of fabrics I pick out are made from sources procured in nature». The materials of Indian textiles incorporate cotton, silk like mulberry silkworms, and animal fibers such as sheep’s wool and yak hair. Insect wings, mica, and cowrie shells finish off the decorations. The country’s textile culture influenced Greece and Babylon with ‘India’ as their name for cotton, affording a view of the Indian cotton threads dating back to 4000 BC. India’s resources in crafting textiles grants the country a métier by regions such as Assam’s golden silks, Bengal’s cottons, and Southeast India’s red dyes. In Cinnamon, Poddar keeps the Indian textile’s history alive. «The designs depict an India of today, prioritizing ‘Made in India’. We deviate from embellished products as they signify occasional wear». Meghna Panchmatia works on Indian techniques of ombre and dip dyeing, and color bleeding to their textiles setting a tone with hand-dyed, beaded, and 3D embroidery silk fabric. Artisau employs hand-loomed textiles woven across India, and Peachoo adds beaded embroideries and hand-woven techniques into their clothing. Simplicity in chanderi and cotton for tunics, shirts, and overgarments manifest in Sunita Shanker with her interpretation of rural-India in each design. The first home of Cinnamon flashbacks to Walton Road. When Poddar’s lease expired, she refused to host the store in a shopping mall and failed at finding a replacement that appealed to her vision for the store until she stumbled upon the abandoned building in Ulsoor area beside the Rai Bahadur Arcot Narayanaswamy Mudaliar School, the homage to the philanthropist and social reformist of the name who had set up schools and colleges to emulate his belief of education for everyone. In 1876, the Great Famine of India burdened the South and Southwestern areas of the country. Mudaliar acquired the property and built an orphanage in his wife’s name, but the lack of children to shelter fated its closing, and the intention to transform it into a school and an office met with no realization. Paint dripped and peeled off, metal bars leaned on trees and walls, chairs and tables strayed, barricades replaced the windows, and the entrance gate sat ajar. Poddar stepped in, bought the building, hired architect Soumitro Ghosh to restore the building, and spawned the concept store. Ten months after Ghosh’s undertaking, Cinnamon imagines a bungalow of the past and the present.

In the 360-degree video walkthrough, gravel stones replace the sand in the parking lot, a cement platform substitutes the front, two pillars by the entryway hold the foundation of the architecture, the sign Cinnamon tops the entrance. In place of repainting the exterior, Ghosh brushed it clean to retain its look. Before entering the concept store, a head of an elephant made of steel, a fiberglass and stone-finished goat, and a door with a mirror at its center stand by. The ceiling beams, flooring, and electrical wiring preserve the blueprint. Sunlight, window arches with brick linings, and stained glasses refine the yesteryear. «Apart from fashion, which we hang, you find antique utensils beside a candle stand, or a coffee table book beside a brass pot. It allows the guests to discover the store, to create an experience, and to relish the buying process. If one walks around Cinnamon five times over, they will miss and discover an item each time». Bed and table linen on shelves; shawls around a pole; cat, dog, and bird decor beside steel and ceramic tableware; lamps placed beside flower vases and bookends adjacent to throw pillows. Marble inlays, Bidri work, Bandhani prints, brass pots, Ravi Varma prints, newspaper cigarillos, Bollywood handbags, and stone and metal sculptures. The courtyard is revealed behind the concept store. Overhead lamps, ceiling fans, and tables and chairs stretch across the space. In the center stand eight pillars, preserved and restored from the built. The courtyard doubles as a cafe titled Cassia, a variant of cinnamon grown in Southeast Asia. Around the cafe, six doors lead to rooms where designers Poddar collaborates to showcase their collection. Cinnamon has hosted design shows and labels from the stores Translate, Swati Kalsi, Aneeth Arora’s Pero, Anavila Mishra, Payal Pratap, Shorshe, Tachi, Akaaro, Soham Dave, Sartorial, Meghna Panchmatia, CVH Studio, and Abha Dalmia’s Banarasi sari. Cinnamon has housed exhibitions such as the Geometric Paper Works of S. Ravi Shankar and a reading of Usha Ananda Krishna’s The Escapists of J. Mullick Road by Rajesh Vidyasagar, an ex-director of World Bank. Cinnamon mingles with the community of Bengaluru as producers and directors of commercials, advertising agencies, and movies tap Poddar to rent the place or the merchandise for their productions and shoots. From the fee Poddar receives, she asks the renters to write a check to one of the charities and non-profit organizations Cinnamon supports such as New Ark Mission of India, providing shelter, care, and medication to the poor and homeless, The Association of People with Disability, reaching and rehabilitating people with disabilities from underprivileged segments, Gerizim Integrated Home & School for the Handicapped, and the National Association for the Blind, emphasizing education and skill development of the visually-impaired children.

Due to the pandemic, Poddar has been hauling the move on Cinnamon’s products online while she waits for the reopening of the concept store. She fixates on growing the digital museum she and her husband launched in the latter half of 2020. Abhishek Poddar, a collector and patron of the arts in India, co-founded the Museum of Art and Photography (MAP) in India with his wife. They are working on an online catalogue of over 20,000 works in pre-modern art; popular culture; folk and tribal art; modern and contemporary art; photography, and textiles, craft and design from South Asian artists that date back from the Tenth century to present. The duo held the Art is Life festival where online viewers journeyed through MAP’s anthology in storytelling, performances, and museum collaborations. For over twenty-one years, Cinnamon has run as one of Bengaluru’s lifestyle and fashion concept stores. Poddar plans no expansion.