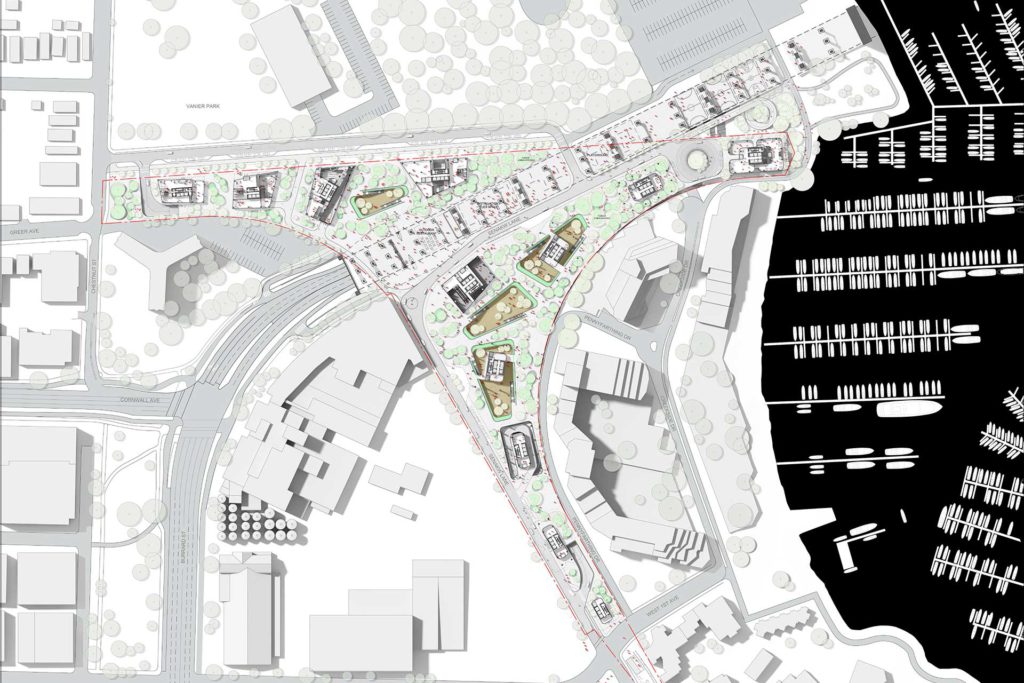 Butterfly building in Vancouver – when building is a matter of respect

«As architects, we have to sensibly think about how we design buildings, we have to design them to bring people together, and not separate them». Venelin Kokalov speaks for Revery Architecture

Revery Architecture is a Vancouver-based architecture and interior design studio led by the vision of Design Principal Venelin Kokalov. With projects built internationally, from Canada to Hong Kong, the goal of the studio is to invite nature back into our urbanized lives, in order to reimagine our relationship with the Planet. «In our creative process» explains Kokalov, «we start from people». When approaching a new design Kokalov says: «first I draw a person, and then I draw the walls». The same happens with the concept of community and shared spaces: «I draw a second and a third person, create a net and imagine the space around them».

The Butterfly building in Vancouver

Under construction in downtown Vancouver since 2018, the Butterfly building’s shapes take its inspiration from the ephemeral form of clouds in the sky. As a tower centrally placed in an urbanized area, the building would inherently be separated from nature and green spaces. To reconnect the residents with nature, Revery found a creative way to «invite nature inside the building». They do so by slicing the building in the middle and arranging unique biophilic environments in between. Trees will be planted every third floor, creating common gardens for people to spend time together, observe and look after the nature offered to them. Common gardens and custom tree planters rise through the spine of the tower offering spaces for neighborly interaction while overlooking Vancouver’s natural landscapes. «We can learn from nature. In the Butterfly buildings we showed that by putting trees every third floor. People can see the leaves and their ecosystem, their relationship with the sun and with the light. Neighbors could also notice that if nobody took care of the tree, it dies, which is something you normally don’t experience in the city centers, so they could realize that they are part of nature, and that you have to take care of nature as a whole». The Butterfly façade is designed to reflect the environment, eliminating the distinction between the building and the natural context in which it is immersed in. Kokalov wanted to provide residents coming back home from the city’s fast-paced work environment with a space to slow down and feel part of the natural world as a single entity where they can get a chance to reflect, improving their personal development and inner life. Much like the butterfly analogy, Kokalov intends for residents to be transformed and renewed each time they arrive home. «We know that buildings make up for the forty percent of carbon dioxide emissions, and that climate change is happening; we also know that we, as humans, are the problem». That cannot and must not be denied. Rather, it must be emphasized and «we have to change our habits and start to act to protect rather than harm nature». Taking responsibility in these terms affects different areas of designing and building. Careful thought is placed on daylighting, natural ventilation, selection of natural, locally sourced materials, and meeting the City of Vancouver’s stringent energy and greenhouse gas reduction targets. In the Butterfly building, Revery chose to eliminate dark corridors and the use of air conditioning to minimize energy costs, making its whole life more sustainable. By placing emphasis on the movement of natural light and air through the building, the open breezeways minimize reliance on artificial lightning and air-conditioning. Thanks to the use of Low-E double glazing in combination with high-performance precast cladding and green roofs, the building achieves exceptional thermal resistance, almost eliminating the use of heating. Bringing nature closer to people’s lives, according to Revery, is a tool to improve social sustainability. In the last century we witnessed the triumph of urbanization and, collaterally, of the promotion of a life lived solely as individuals, packed together in tall buildings, but hardly feeling part of a community. Kokalov, with his designs, wants to challenge and place the individual back into a wider community. The Butterfly building is a social experiment in human behavior.

Revery’s latest project, Sen̓áḵw, is being developed in collaboration with Squamish First Nations. Sen̓áḵw means «the start of something beautiful; respect for nature, for indigenous people and for a new path forward». The construction will develop a new community on an eleven-and-a-half-acre site and will include four million square feet of residential and commercial space. In alignment with Indigenous values, the idea is to harmonize with nature while celebrating the historic reclaimed land of the Squamish people. To achieve this goal – and in contrast to the more conventional podium towers commonly seen in Vancouver – the alternate approach used for Senakw essentially lifts the perceived mass of the towers above grade to liberate the ground plane, maximizing its offering back to the public realm. The project also envisions ground-level commercial areas above a two-level underground parkade. Publicly accessible greenscapes and outdoor recreation facilities mean that most of the constructible land is envisioned as an urban park where people – residents and the general public – will be welcome to spend time and enjoy the natural environment around the buildings: «we decided to liberate the ground plane, in order to reinvent the relationship between the town and the park». By means of developing a park with shared dedicated spaces, Revery aims to stand behind its principles and reimagine communities  so that they can become more open. «When we are designing buildings, we are doing something that we are giving to the next generations, so we have to be careful, stop designing cheap and inefficient buildings and start bringing back nature». Sen̓áḵw is thought for the younger generations.

The majority of the apartments will be rental, to create a space, in an expensive city like Vancouver, where young people and families can afford to live, while respecting the environment and creating new jobs opportunities.  Emphasis is placed on alternative transportation by minimizing reliance on passenger vehicles and shifting focus to bicycles, car share, and expansion of public transportation modes such as buses, and streetcar, as well as «looking for new transport solutions». To be effective in this transition to a new way of sharing the cities we inhabit, we must «consider the needs of young people and the way they live, which is completely new», therefore «we cannot use old techniques». It is all about experimenting. Indeed, it can be easier to identify and define challenges when it comes to environmental sustainability than it is with social sustainability: «every day we are getting closer to environmental sustainability, both with regulations and in practice, but we are still behind on social sustainability». Architects have the power to influence behavior and have an impact in people’s attitude towards the environment and each other. A power which, according to Revery, must be carefully and wisely used. «As architects, we have to think sensibly about how we design buildings, we have to design them to bring people together, and not separate them». With the whole world becoming increasingly urbanized, acting on this point becomes ever more urgent. The question remains whether a more sustainable way of living and inhabiting cities is compatible with the Big City Life. The answer, in Kokalov’s words, is that «it must be, and we have to create the conditions for this to become possible».

Is a Vancouver-based architecture, interior design, and planning practice. Committed to a philosophy of ‘Building Beyond Buildings’, Revery’s design-oriented studio is passionate about creating exciting and mindful spaces that challenge the norm, exceed expectations, and evoke positive emotions and enriching experiences.