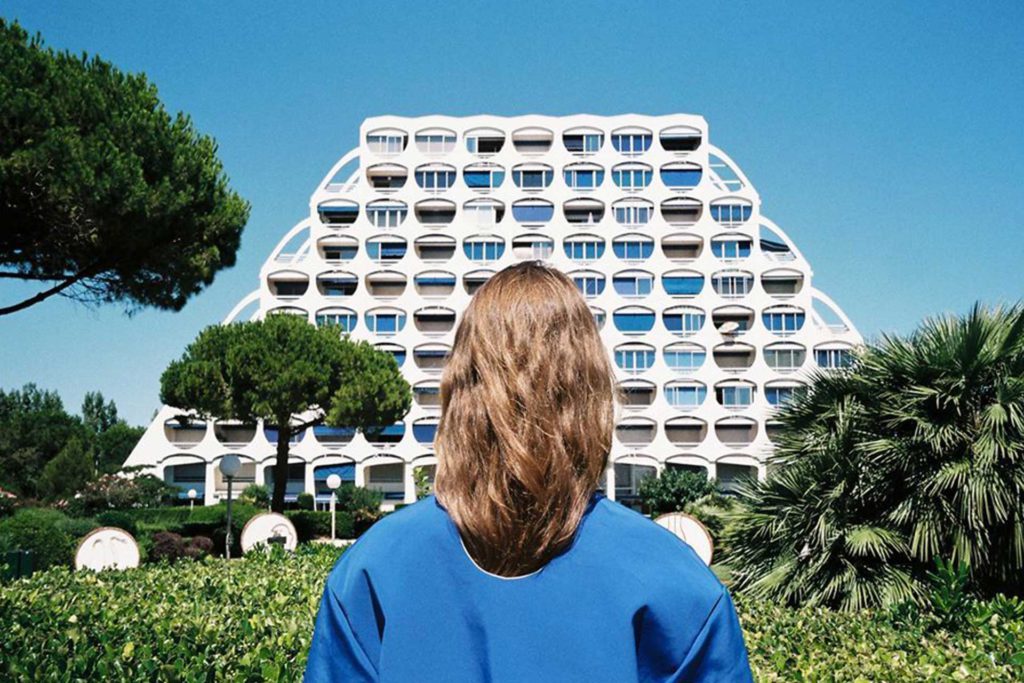 A childlike sense of freedom: Jacquemus and his Mediterannean fashion

Jacquemus and the South of France

Simon Porte Jacquemus currently resides in Paris, but he remains a boy from the South of France at heart. His collections evoke a sense of innocence and playfulness, much like the stories about his bucolic childhood in Mallemort, a farming area where his family grew vegetables. It is clear his Provencal upbringing is the bedrock of his work; the designer delights in reminiscing about it in interviews. Many creators draw inspiration from their heritage, but for self-taught Jacquemus it became the core of his aesthetic. As he puts it himself, as a boy he was ‘obsessed’ with the sun and the sea, usually wearing head-to-toe yellow or blue-and-white stripes — a look that carried itself through to his collections. His first creation happened at the age of seven: he cut up a linen curtain, tied it with a Converse shoestring, and presented the skirt to his mother Valerie. «It was ugly and imperfect, I promise you», he said in an interview, «but my mother liked it so much she wore it to take me to school». This sparked his dressmaking dreams and at eighteen he went on to study fashion in Paris, a city that in his mind was the be-all and end-all. His Parisian dream shattered with incredible speed: he was disappointed with his classmates’ blasé attitudes and lack of passion and the tutors found his earnest enthusiasm pretentious. «I thought I’d arrive in Paris and people would be colorful, poetic, inspired, jumping and dancing in the streets, happy to be in Paris», he recalled in an interview. One month into his studies Valerie died in a tragic car crash motivating Jacquemus drop out of school and in 2009 start his own label at the age of nineteen. «I knew life could stop now. I knew you don’t get a second chance. I didn’t want to waste time».

The first item he designed for the brand, named after his mother’s maiden name, was a skirt, coincidentally sewn by a seamstress from a Montmartre curtain shop, reminiscent of the curtain skirt he made for his mother years prior. The memory of his mother has been shaping his idea of womenswear ever since. His collections still faintly resemble curtain shop creations in their square cuts and simplicity, giving them a sense of naivete. He’s been drawn to minimalism, but at first had no inkling about Martin Margiela or Rei Kawakubo: the lack of detail in his designs was dictated by the necessity of cutting costs wherever possible. While simple, his creations displayed a resemblance to amateur doll clothes in their proportions and patterns. Jacquemus feels comfortable about not taking fashion too seriously. Indeed, despite living in Paris, he makes a point of not being a Parisian designer, aiming to destroy the notion as if French fashion was a one-town monolith. Of his decision to stage shows outside of the capital, he stated to Financial Times «This is my aesthetic. For me, to have this voice saying, ‘I’m from somewhere else, I’m not from Paris.’ This says you can be independent». It seems that for Jacquemus showcasing his roots has a dual function: both a way to remain connected to his Provencal childhood and a means of promoting diversity in French fashion.

Jacquemus was growing up online like his millennial peers — and he used his knack for social media to launch his career, starting out by posting photos of his teenage designs to Facebook and Tumblr, slowly gaining traction with his blogging prowess. He networked using Facebook direct messages and then turned his Internet fame to real-world fame, winning an LVMH Prize awarded by a jury including Marc Jacobs. Though the critics have sometimes accused him of impishness veering into pretentiousness, his collections were a commercial success. He’s had a notorious inclination for sales: first as a young boy at the farmers market, helping his grandparents sell carrots; then as the salesperson at a Comme des Garcons boutique, supporting his fledgling label. What makes Jacquemus a French fashion disruptor is his celebration of French culture, showcasing its nuances with such enthusiasm that one cannot help but experience the Mediterranean fantasies of bare feet on sand, climbing trees to pick fruit, the aroma of fresh lavender.

His Spring 2015 collection was inspired by La Grande-Motte, the mid-century beach resort forty minutes from Jacquemus’s childhood home in the South of France which he used to frequent as a boy. He calls it a «vacation spot for the working class» that a lot of French people find «trashy», but his sentiment allowed the masses to see the charm in the kitschy town. The collection spawned a fashion film, then a book, fittingly for a designer as enamored with storytelling as Jacquemus. «I was and still am mainly interested in cinema. I want to tell stories. I even write the story down first, like a proper treatment. The clothes are just decoration». The designer’s favorite films: The Italian Respiro and Spanish Jamón, Jamón underscore his Mediterannean patriotism. The Spring 2017 show was the debut of his iconic straw hats accompanied by leg-of-mutton sleeves, all underscored by the orchestral theme from Jean de Florette, a Gérard Depardieu 1980’s period film. The inspiration for clothes were the various uniforms of santons, Provencal clay dolls he remembered from his childhood. Then came the breakthrough year. Not only did Jacquemus launch his first menswear collection, named Le Gadjo after a popular French Romani slang word for men, he also made waves with his Spring 2018 collection thanks to the absurdly large La Bomba hat, which was picked up by retailers like Selfridges, Moda Operandi, and Net-a-Porter and sold out four times until the factory ran out of straw. He said the collection came to him via «memories from childhood – of seeing my mother after the beach, really happy».

It wasn’t until his ten-year anniversary collection for Spring 2020, though, that Jacquemus broke out into the mainstream. It would not be a stretch to say that the collection, showcased in the middle of a lavender field in Provence, only a few miles away from his place of birth, solidified his status as one of fashion world’s most Instagram savvy designers. The unique setting gained him over a million new followers. The name, Le Coup de Soleil or The Sunburn, referred to the saturated colors of the clothes and allowed for another Insta-bait: mini bottles of Jacquemus-branded sun cream which served as invites. Jacquemus has treaded the line between the commercial and conceptual from the start, taking the French stereotypes like Breton stripes and giving them his own spin. Yet his impish approach to pushing the boundaries of French style is softened by the sheer tenderness with which he connects his brand to childhood — resulting in a freshness that can only come from a place of instinctive authenticity.

Born in Salon-de-Provence, France in 1990, Simon Potre Jacquemus is a French designer and founder of the Jacquemus fashion label. The label, founded in 2010, is called after his mother’s maiden name and is influenced by her persona. In 2015, Jacquemus received the Special Jury Prize at the LVMH Prize.