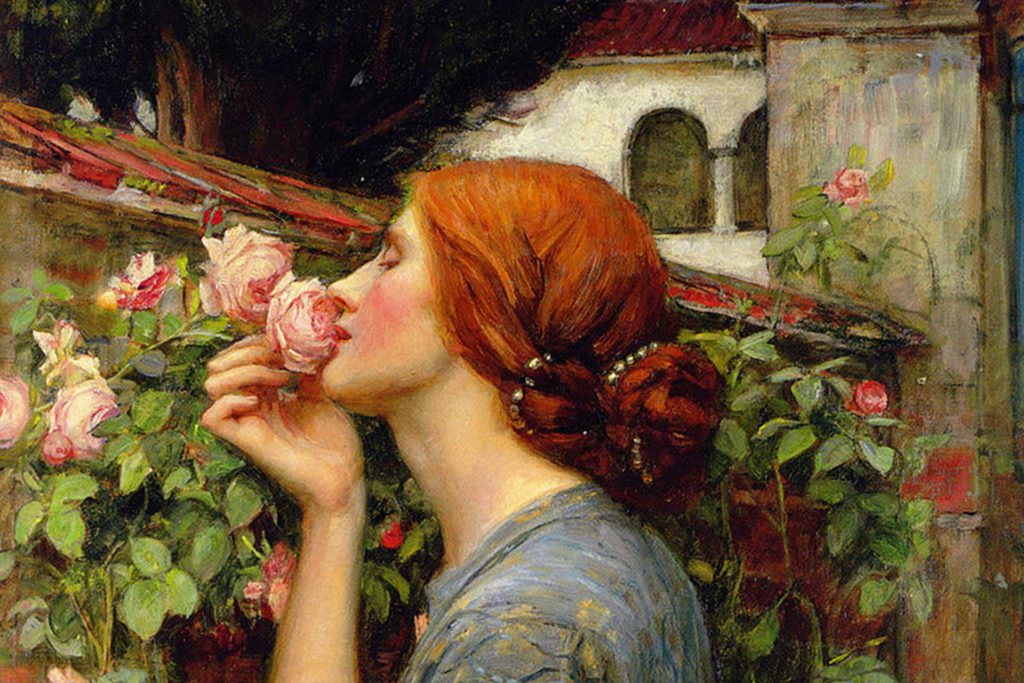 Rosa Centifolia, the ‘hundred-leaf rose’, becomes a template: this time, RoseDior focuses on open work for the leaves and chiseled gold for the branches

«After women, flowers are the most divine creations. They are so delicate and so charming (…)», wrote Chirstian Dior. From childhood, when he helped his mother create an English-style garden for the family villa in Granville, Normandy, to becoming the only couturier to own his own flower fields, at Château de La Colle Noire, Monsieur Dior enjoyed a devotion to gardening that shaped his artistic vision. Now, ten years after the house of Dior launched the Bal des Roses collection, in which Victoire de Castellane rendered lifelike flowers with the use of ornamental hard stones alongside precious gems, comes a new high jewelry collection, RoseDior.  Here, the focus is on the emblem of femininity, the rose. This was Monsieur Dior’s favorite flower, stemming back to when his mother added a rose garden as an extension of the pergola at Les Rhumbs in Granville, now a museum. It is worth noting that Dior launched a new version of one of their iconic perfumes earlier this year, Miss Dior Rose n’ Roses. This is based on the rare Rosa Centifolia, the ‘hundred-leaf rose’, whose fragrance is rich and complex. Hand-harvested in their natural environment in the hills north of Cannes, these same roses were the muses for Victoire de Castellane’s RoseDior creations.

«The core difference between the Bal des Roses and RoseDior collections resides in the design of the roses. In the former collection, the flower was made of sculptured stones set with stones. For RoseDior, all the petals are open worked to create some transparency for the flowers», the team explains. The open-work treatment celebrates the passing of time. A pair of earrings bears white gold petals and yellow gold leaves that stem from underneath the flowers. For the gossamer-like petals, the space between each white diamond is hollow; a way to invoke fragility, which is offset by the duress of two emerald-cut white diamonds that sit on top of the mesh pattern. It is in the formation of the petals though, that Dior’s creative director has captured the fullness specific to Rosa Centifolia. In each piece, hemmed petals delineate the layers. Contrasting gemstones or gold lines form these curled edges. The latter are never straight, and their thickness varies, emulating nature. As for contrasting gemstones, it is a matter of what color best softens the composition. Streams of white diamonds define beds of pink sapphires or tsavorite garnets; yellow diamonds do the same for white diamonds; and there are dark blue sapphires on paler blue ones, or the version of white on white.

Some designs also showcase a faithful rendition of stems and branches – as on a few earrings, the body of two necklaces, the bracelet, and the secret watch– echoing the principal motif of the Bois de Rose fine jewelry collection. That said, the lifelikeness stops with the pistils. Instead of replicating them, de Castellane has placed one gemstone in prime position inside each bloom or bud. In that respect, this recalls another high jewelry collection, Tie & DIOR, in which a pearl was placed in each design. Emerald-cut white diamonds or emeralds, cushion-cut yellow diamonds, oval-cut white diamonds, trillion-cut Paraiba-type tourmalines and a fancy kite-shaped emerald are the hearts of each RoseDior flower.

Some of the necklaces are transformable; a sign that one could wear these rose motifs anytime, anywhere. Placed as medallions at the bottom of the neckpieces, the roses become a separate brooch, a bracelet, or the sliding component that turns a sautoir into a choker. One such necklace required 1,200 hours of work and is a combination of three types of gold set with diamonds. The flower can be detached to become a brooch, while the neckband can still be worn without the rose. «The neckband is flexible and hinged, so that it sits gently on the skin. There is a work of picketing of the gold around the diamonds, which gives the impression of a ‘frosted’ branch», the team notes. Then comes the secret watch. Dior’s high jewelry bracelets can be similar to ‘wrist corsages’, in essence, and this timepiece is an example of that. The lid, a pink rose, moves to the upper side to reveal the white diamond-paved dial. The level of delicacy is heightened by one single pink sapphire set at 12 o’clock. The bracelet itself is a continuous branch, whose surface has been brushed on the top and sides (the fissures of bark), and polished underneath (for comfort). Round brilliant-cut diamonds are set along the path, and tsavorite garnets highlight the leaves.

Victoire de Castellane’s talent as a colorist is showcased when it comes to marrying gemstones in varied tonalities. These range from delicate hues – pink sapphires are paired with purple garnets in earrings set with rhombus-shaped white diamonds– via otherworldly shades – lagoon-blue Paraiba tourmalines, surrounded by blueish-greenish tourmalines, color the rose pendant of a white gold neckpiece–  to intense colors – as seen with one ultramarine-blue Madagascar sapphire weighing above eight carats nestled in leaves paved with emeralds, tsavorites and Paraiba-type tourmalines or red rubies set against yellow gold. From the bud picked in the morning to petals in full bloom in the evening, the shapes of the jewels cover the lifespan of a rose, while the color choice is metaphorical: delicate versus saturated, reflecting each ephemeral stage.

RoseDior is the latest high jewelry collection by Dior Jewelry. The rose stands in a special place in the French house’s history, as it was Monsieur Dior’s favorite flower. Ten years after dedicating the first high jewelry collection to it, Victoire de Castellane, art director, revisits the motif. The creative approach has evolved to focus on the flower’s lifespan, from bud to full bloom. Lifelikeness is brought in by fine goldwork for the twigs and systematic open work of the leaves. It is in the coloring that reality is enhanced through camaieus of precious gemstones, from soft hues to saturated tones.