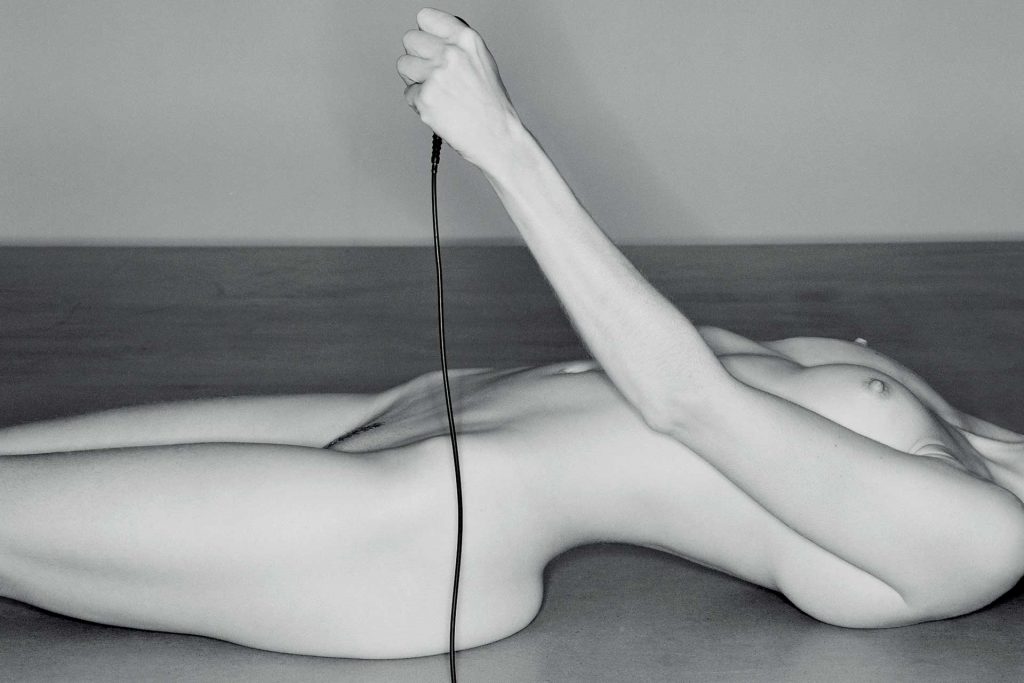 Milan, February 23rd 2021. When simple people dream, they dream of love. Simple people buy a magazine and if they see love, they dream better—sex sells and always will. When simple people see a famous rich man, they want to go to the places he goes, buy his clothes, look like him, lose a little weight. Right through to the paradox of advertising—if that man buys a detergent, simple people want to buy the same one—and if that man is in love with an equally famous woman, simple people will even buy two detergents. Stories of love and ambitions. The life of Aristotle Onassis is the definition of the ambition of his years. During the Ataturk revolution, he was tortured and condemned, and fled to Buenos Aires. He worked as a telephone operator, listening to phone conversations. After the crash in ’29, he knew exactly what to do and started to invest in importing tobacco. In ’32, he invested heavily into merchant ships, he was already rich. He turned war into a business, traded crude oil with the Allies and when the economic boom arrived he effectively controlled the Principality of Monaco, much to the annoyance of the new Princess Grace. Elsa Maxwell, the enormous gossip journalist, in love with Maria Callas in that strange way that Callas was to love Pasolini, engineered a meeting between the two at a party in Venice. Onassis moved Callas on board Christina and the media talked of nothing else.

Onassis was unfaithful, he courted Lee Radziwill—she made sure that his attention shifted to her sister, the widow of an assassinated president, needful of support. Stories of love and weddings. Love between Zsa Zsa Gabor and Porfirio Rubirosa. Zsa Zsa married nine times. Porfirio five. Never together. Rubirosa turned marriage into a business: from Doris Duke he obtained 500,000 dollars, a stud farm, sports cars, the B25 Bomber converted into a private jet and a seventeenth century building in Paris. From Barbara Hutton he ended up with a coffee plantation, another B25 and three and a half million dollars—Rubirosa had picked the two biggest American heiresses out of a respectable flock. Ava Gardner, Soraya, Veronica Lake, the ever present Monroe. Rita Hayworth married Ali Khan, then Orson Welles (not a bad investment at all for an actress), and three more. Howard Hughes married four times, taking Carole Lombard, Katharine Hepburn and Olivia de Havilland only as lovers. Love stories by Boccaccio at Villa La Pietra, plots that Harold Acton could have written for the Bourbons of Naples and the Medici, in his books that are so difficult to find—plots for thousands of novels by Evelyn Waugh. Stories of love and obsession. Marlon Brando personified physical attraction, he was one of the images used by Hollywood to take over the world. It is said that nobody seduced more women than he did. «Homosexuality is so much in fashion, it no longer makes news. Like a large number of men, I, too, have had homosexual experiences and I am not ashameI have never paid much attention to what people think about me. But if there is someone who is convinced that Jack Nicholson and I are lovers, may they continue to do so. I find it amusing». On Brando’s death, Nicholson bought his house to demolish it, out of respect—love, whatever. Stories of love and beauty.

Sienna Miller and Jude Law, again, like Romy Schneider and Alain Delon. Stories of love and seduction. Gunter Sachs in Saint Tropez, scattering roses along the pier, dressed as a vampire. His Aquarama was called Dracula, as was his club in San Moritz. A man envied by all, loved by Brigitte Bardot when Where do you go to my lovely was a hit. Stories of love and women. Carla Bruni, already an international top model, started singing and sold millions of records. Love affairs, from Mick Jagger to Eric Clapton and Donald Trump. Sarkozy and another million copy hits. The comparison with Jackie Kennedy. Carla Bruni today has excessive media coverage, unable to control it, it has turned against her, and she has caused Sarkozy’s popularity ratings to plummet—in thirty years’ time, when the past will have left only what remains, the comparison with Jackie. Pamela Churchill divorced from Winston’s son, addicted to drinking and gam bling. She started and ended various affairs—with scientific care, one could almost say, if you consider her diplomatic career. Ali Khan, Alfonso de Portago, William S. Paley, Elie de Rothschild, Maurice Druon, Stavros Niarchos. She married Leland Hayward and Averell Harriman, and still bears the latter’s surname today. An infinite dedication to the desires of her man and his preferences; Paley called her the best courtesan of the century. Irony aside, she was ambassador for the United States in France, irony aside, during the Clinton mandate. She was the first to appear with her new baby on the cover of Time, photographed by Cecil Beaton and when talking about her, one must use the title The Honorable. Stories of love and love.

The Beautiful fall is the title of a book by Alicia Drake. It tells the tale of two men who have turned and continue to turn their decadence into something wonderful, just like their entire existence. Fashion, genius and glorious excess in 1970’s Paris, reads the subtitle. They started out together in 1954. Lagerfeld went to Balmain, Saint Laurent to Dior. They fought over a woman, to take her home. Neither of them was brave enough to take her to bed. In ’58, Saint Laurent came out onto his balcony in Avenue Montaigne and a crowd applauded him. Years of battles between two factions, two cliques. For Saint Laurent—Lou Lou de la Falaise and Thadeè Klossowski, Paloma Picasso, Bianca Jagger. For Lagerfeld— Arturo Lopez, Anna Piaggi, Pat Cleveland. They were applauded when they walked into La Cu pole together, such was the appeal and exuberance they gave off as a group. They both fell in love with Jacques de Bascher, but he remained with Lager eld–Pierre Bergé described him as harmful to the company. When they clashed, the two cliques lit up the city, a whirlwind of beauty and color and nights and parties on an island at the Bois de Boulogne. They overturned the roads of Sartre and de Beauvoir, as if electric lightning wrapped around Ber tolucci’s dreamers, turning them into phosphorescent butterflies. Literature became cloth, pop art discovered BernardHenry Lévy, Kenzo, Dalida, Boris Vian, Juli ette Gréco, and MarieHélène Rothschild in her building on the Ile de Saint Louis. Those belonging to either clique did so because they had a personality such that they inspired the two rivals. For Saint Laurent and for Lagerfeld, their friends provided constant aesthetic stimulus, a laboratory of daring and courage, failure and revenge, multipliers of imagination, disinhibition and freedom.

A friend, a lover, a fleeting passion—wonders to get excited and jealous about. And out of this constant rivalry and jealousy came the tension that turned into total creativity and mental and physical instability. Happiness was not their priority, neither were health and peacefulness. Dying, decaying—only and always beauty. The Beautiful Fall. The icon that is Jackie would not be as strong if her husband’s head had not exploded in her arms, if she had not thrown herself across the car boot to grab a piece of it. It would not be as strong if this scene was not visible in the amateur Zapruder film, today just a click away on YouTube. Tragic death brings legend, nothing strikes the collective imagination more than death. Chet Baker fell from a hotel window, Grace Kelly off a cliff. Gianni Versace onto the steps in Miami—the Versace maison became the fashion house with the greatest visibility. The funerals of Dior, Evita, Balthus and Pope Wojtyla were media moments that moved souls—people and power around a coffin. A funeral is the best way to leave the stage, it is certainly the easiest—because saying I have finished and retiring with nothing more to say can prove to be very difficult. Then you miss the light. Retiring properly, with beauty, is difficult. Billboard Hit, UK Top and Boss anova against the middle class Catholic moral of the Sixties, a relationship with a married man: Mina is one of the few women in the world who managed to retire, disappear. Mina today is even more of a legend, without her having to die. Abandoning the stage is the apotheosis of downfall. Downfall is appeal, something falling, slowly and calmly—enough controversy and clamour, enough formality, no more bites. Downfall is something that has nothing to do with an aged, sick, photographed body. Today Romy Schneider is passion, Alain Delon is an appearance on TV. Schneider committed suicide after seeing her son impaled on a fence. Delon has declared that he has always suffered from depression. Together, they were the most beautiful image of the century of cinema, which still leaves mouths open, hearts racing. Happiness is for simple people, it is not something that interests gods (or similgods) or divas. Those who ask to create, impress and decide, in exchange should be ready to die. The gods are never afraid to die, because they know that their life is less important than what they have done and said, of what they have been.

In 1950s Paris, Yves Saint Laurent and Karl Lagerfeld were friends, the rising stars of the fashion world. But by the late sixties, the city was invaded by a new mood of liberation and hedonism, and dominated by intrigue, infidelities, addiction and parties. Each designer created his own mesmerizing world, so vivid and seductive that people were drawn to the power, charisma and fame, and it was to make them bitter rivals. The Beautiful Fall, written by Alicia Drake, is a dazzling expose of an era and the story of the two men who were its essence and who remain its most singular survivors.