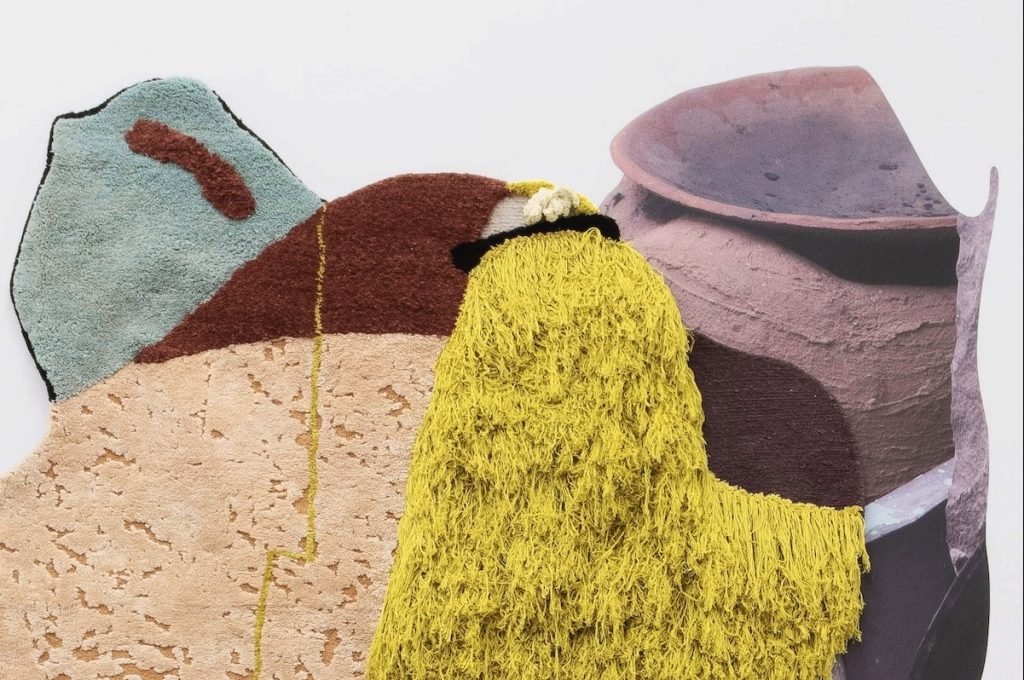 «I like the relationship between order and chaos, searching for ephemeral sculptures that are not made to last» – from East London to Rajasthan, India

Vitturi began to gradually notice the colors, the cultures, and the vibrancy of the Ridley Road Market in Dalston. With the marketplace walls as the backdrop, the project involved photographing African, Caribbean, and Turkish members of the communities living in the neighborhood. He collected objects, vegetables, textiles, and discarded materials found at the market to either add to the portraits later in his work through layering or to create abstract figures, which would only last a few hours. The intersection between photography, collage, and sculpture demonstrates the artist’s ability to work between reality and fiction, blurring the line between the two. The aim of the project was not to solely document the life of those who walk the streets of Dalston and the relevance of the market as a central hub. Rather comment on the impact of gentrification: an urban transformation leading to the disintegration of communities that have taken years to build up. Vitturi captures Dalston in its most authentic and transparent expression, concentrating not only on the people but also the shapes and colors which pervade everyday life in East London.

Vitturi’s latest exhibition, Jugalbundi, differs considerably from Dalston Anatomy, from the mediums to the documentation, yet the sense of community and cultural heritage is still prevalent in both. In November 2019, the artist traveled to the Indian region of Rajasthan, where he was met by random sculptures of rural communities, from agricultural tools to scattered construction materials. Jugalbundi, a term which translates from Hindi to mean ‘entwined twins’, is used to describe a musical performance of two people, where «neither is the soloist nor the accompanist», both are active participants in the moment. The project is a first for Vitturi in its collaborative style, between the artist and the weavers of the Jaipur Rugs Foundation. With photographic documentation assistance, these sculptures from rural Indian life were translated and transformed into unique, multi-layered, and textured works. The pieces themselves, much like Vitturi’s portraits, are a cacophony of colors, substances, and forms, each one composed with acute attention to detail. The ‘entwined twins’ are the combination and celebration of two artisanal practices: Indian rug-weaving and Venetian glass-making. «Neither is the soloist nor the accompanist»: Vitturi has shown his ability to fuse two cultures and techniques within a creative process, arriving at a harmonious finality.

We recently spoke with Lorenzo Vitturi on his use of multimedia, his projects’ inspirations, and the need to adapt his works due to a pandemic. The conversation has been edited for brevity and clarity.

Lorenzo Vitturi: I started with painting. I worked in the cinema scenography, creating the scenes that were filmed and photographed. Photography and sculpture are two disciplines I use the most. At the exhibition in Rome, I have included materials made to withstand time. Whereas, with my previous works, the sculptures were temporary, made of fragile objects and materials often found or recycled. The choice of material is dependent on what the project requires. My work is a continuous research, combining elements that could not coexist in the real world due to nature or geography. I aim to create new meanings within these hybrid pieces.

My approach towards using materials is almost animistic: I collect ordinary materials, which I find, or I am attracted to purely for its aesthetic. I’m not interested in making the materials recognizable. Extracted from their natural habitat, they become abstract forms. I’m captured by the modification of these materials over time and by the action of time itself. Photography is the perfect medium for capturing and documenting these sculptures.

Glesni Williams: Would you please describe the gestation period of your works.

LV: My projects usually develop over three to five years. The final product, other than the artworks themselves, is a book, the ideal medium to present a work in its complete and definitive form. I begin to construct and compose the book parallel to my creative research, finishing both in unison. One can see the various languages and the chaotic process, mixing the mediums before arriving at a more harmonious shape. With my project Caminantes (2019), I have decided to concentrate on the exhibition first and work on the book later.

Dalston Anatomy was all realized in one street of approximately 500 meters. In cities like London and Lagos, the street is the most vital element. I wanted to examine how a multicultural district, Dalston in East London, is changed by gentrification and economic development. Instead of telling this narrative through a person or a community, I chose the local market, and I discovered micro realities through the materials. The street is where I would receive and elaborate my ideas, from the stories I hear to the people I meet. I am inspired by the random sculptural forms I come across, which I then catalog by photographing them, and, subsequently, I attempt to recreate in my studio.

Another aspect of Dalston Anatomy is this idea of time. I had to recount the life of a marketplace, a place that is born in the morning and dies in the evening. A natural cycle that exists and continues in perpetuity. It is the same for the sculptures: I have tried to recreate in the studio this sense of an organic process. Through layering, where I physically add to the images and subsequently photograph the edited version, I can create another continuous cycle.

GW: The Jugalbundi project is based on a collaborative process.

LV: I collaborated with artisans on a local level, weavers who live in Rajasthan villages. Unfortunately, the pandemic turned on its head to the whole process, and I did not manage to spend as much time with them as I had hoped. I started the research process and met the weavers in November 2019; then, I returned to London for its development. I was supposed to travel back to India in June 2020 to conclude the pieces side by side with the artisans; however, this was not possible. The whole experience had to be adapted online, taking a lot longer. A new practice, as I am used to having close contact with the materials, the mediums, and the people with whom I collaborate. Due to not being able to work on the sculptures in India, I had to when they arrived at T293 gallery, where I was given ten days before the opening of the exhibition.

GW: Can you elaborate on the constructive/deconstructive aspect of your works?

LV: In my studio, I recreate this idea of a natural cycle, birth, death, the relationship between order and chaos. I reproduce these aspects in the ephemeral sculptures, which are not made to last. In Caminantes I am constructing the pieces in a natural and open environment, while always on the move; therefore, there is this added element of voyage. The provisional form, because it is full of energy, and I aim to reflect that sense of vitality.

Italian-born, London-based visual artist. He is known for his open approach to experimenting with a range of mediums, materials, and creative processes. His investigation of urban change and the transformation in today’s communities are presented through the construction of temporary sculptures and layered photographs. Having started his artistic career with a BA in Photography and Design at IAD in Rome, Vitturi continued to surround himself with forms of cultural activities, including years of working as a cinema set-painter at the film production center of Italy, Cinecittà. After moving to East London, Vitturi began to work on Dalston Anatomy (2013). After two years, the conclusive form of his creative process is the publication of a book containing approximately 100 photographs of portraits and the artist’s eclectic makeshift sculptures. 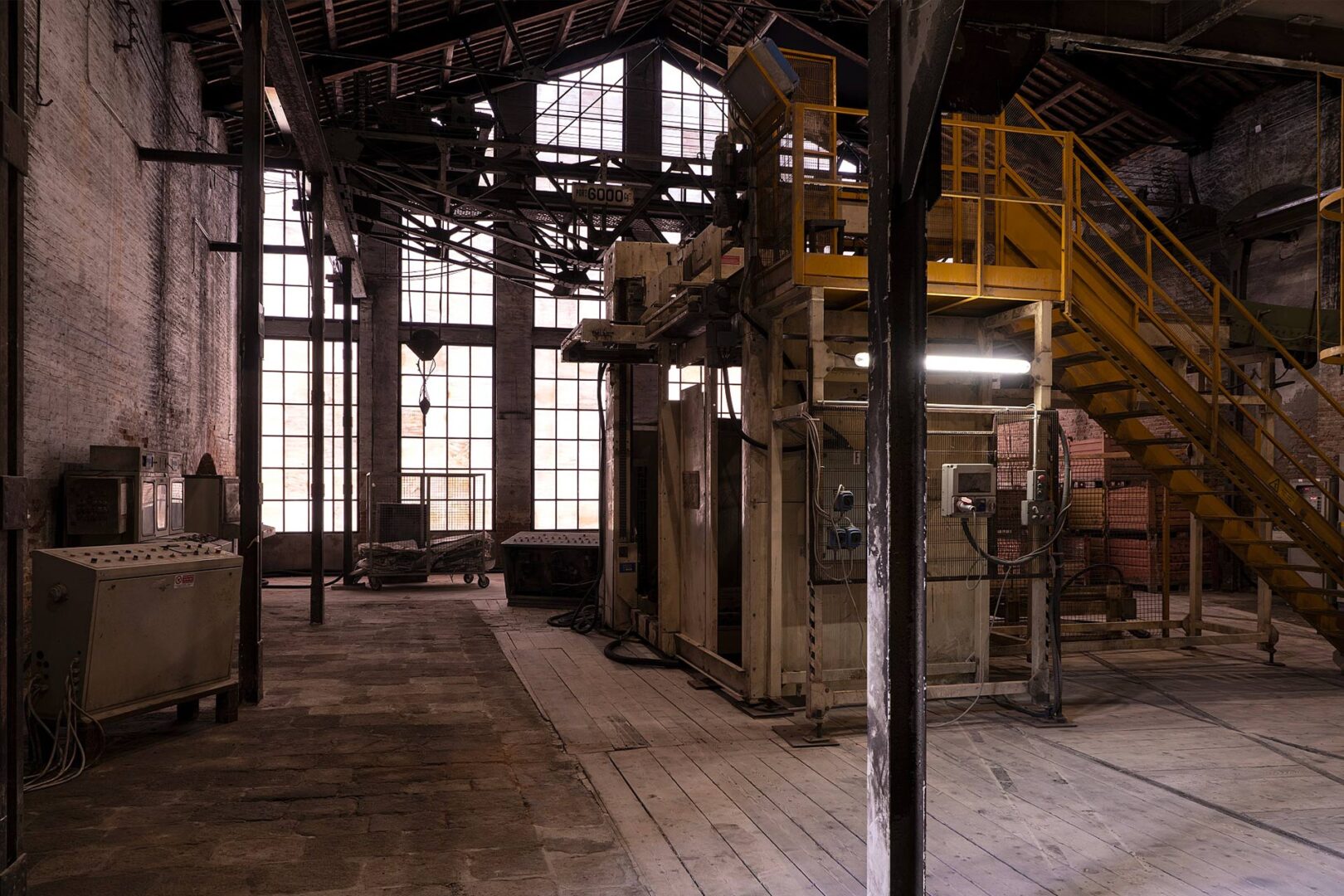