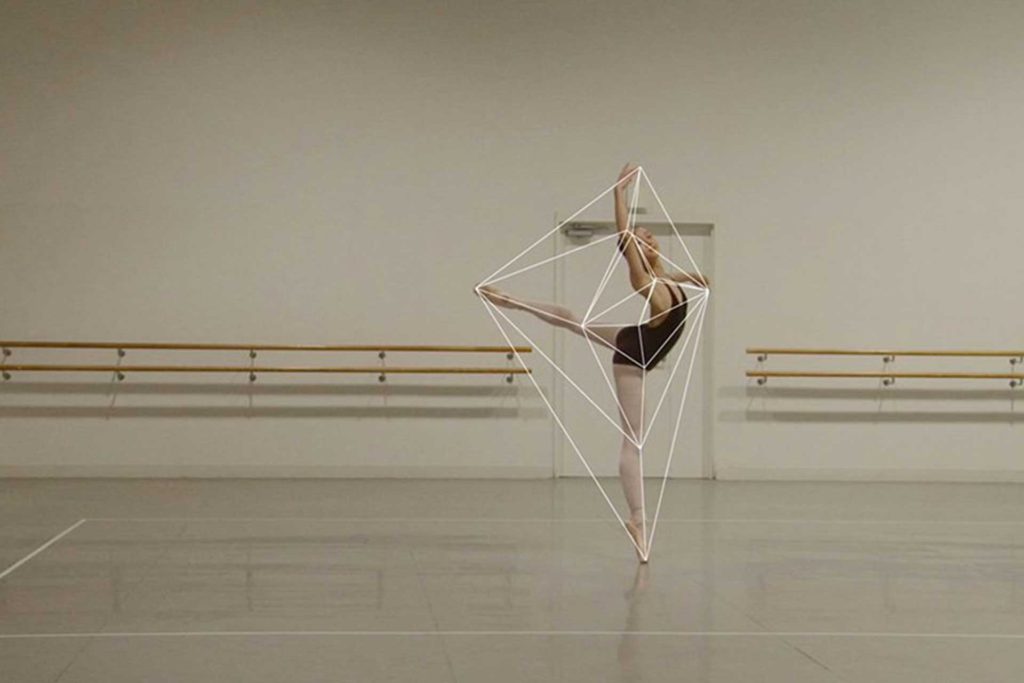 From the moment they are born, humans have the capacity to understand the difference between what is animated and what is not; an unconscious perception allows us to instinctively detect life, ‘Animacy’, when it is there. Animacy is the theme of Issey Miyake’s collaboration with Professor Masashiko Sato, Professor at the Tokyo University of the Arts specializing in neuroscience and visual arts, a collaboration that was initially due to be presented in Milan during its annual design week — canceled in 2020 — not through an essay, nor through a scientific conference, but under the form of a toy. In 2007, Issey Miyake together with architect Tadao Ando created 21 21 Design Sight, a museum located in Roppongi in Minato, Tokyo: The idea was to create not only a museum that shows exhibits — says Ando — but also a place for researching the potentiality of design as an element that enriches our daily life, a place that fosters the public’s interest in design by arousing in them different sights and perspectives on how we can view the world and the objects surrounding us (Wallpaper, 2007).

Ten years later, Miyake opened the first flagship store in Italy, in the heart of Milan’s fashion district. The store sits inside Palazzo Reina, a historic mansion built in the 19th century that has been faithfully restored with an approximately five hundred-square-meter store space designed by Tokujin Yoshioka. The idea was to use the space also as a venue for design-related projects, implementing the work and research he was doing in Tokyo and offering an insight on the world of creativity through the original perspectives and the works of designers, artists, and other creative professionals, as well as academic researchers, conceptual creators and wide-range thinkers. The approach of Miyake and his collaborators to design is connected to its use in everyday life. By allowing the public to discover and experience the projects he presents, he strives to communicate a sense of joy — the kind of joy that a child feels when they learn something new.

What is Animacy, and where does it come from? Let’s say you are sitting on a bench in a park and something small comes flying to you. If it is a fly, you would sense some disturbance and wave it away. If it is a small petal, you would leave it alone. Mistaking a fly for a petal is not something that would threaten your life. Seeing a clump moving dozens of meters in the distance and not discerning whether it is a bush swaying in the wind or a bear may be a matter of life or death. Humans instinctively and instantly divide countless moving things into two categories: animals and non-animals. Understanding whether something is an animal or not is critical for our survival and we have been given the ability to instantly tell whether what lies in front of us is an animal or not. We call this animal-like quality that we sense from something in front of us ‘animacy’. Sato along with his former students Masashi Sato and Kohji Robert Yamamoto has been conducting research on animacy and its perception for over twenty years as part of a study on new communication means. The idea was triggered by a project that Professor Sato assigned to his students: a video about new (as in imaginary) animal species. One of his students delivered a video in which an eraser became perceivable as an animal thanks to certain characteristics connected to the way it moved and to the actions it did (more specifically, eating): one could really see life in an ordinary, inanimate, eraser. When Professor Sato saw it, he begun to develop projects on this new — yet ancestral — perception.

Within the discipline of neuroscience, there is a branch called ‘biological motion’: a study on the way in which animated creatures organize their movement. Animacy is influenced by the shape or color of the object, but if the shape and color are unclear we can still tell if an object is animated or not by the way it moves. As well as teaching at university, Professor Sato worked for the Japanese national television on educational programs for children. He created and broadcasted several videos related to Animcay, all designed in a simple and playful manner and appreciated by children. A reconstruction of the eraser video, in which the eraser takes the form of a primitive animal eating and digesting other objects, proved successful.

Another video shows a group of sticky notes moving like caterpillars and collaborating as a group in order to reach the other end of the table. Following the rules of biological motion, these objects are infused with life even though they maintain their original appearance. The simple act of eating turns the eraser into a dinosaur although it isn’t neither colored in green nor equipped with scales or sharp teeth. The equally simple act of behaving in a societal manner, turns a bunch of sticky notes into a community of animated creatures. By observing animals, Sato detected that a sense of Animacy is evoked by an organized movement, a movement that appears to be responding to the environment, a movement that appears to be autonomous, and a pattern of movement that reveals the presence of a community. These guidelines were then used by him and his collaborators for all Animacy-related projects, including the creation of new animals for children’s programs. The same biological motion rules were used by Sato for the video of A-POC INSIDE, Issey Miyake’s 2007 show: a series of white dots on a black background allow the viewer to detect a human figure by moving according to a certain algorithm.

For this year’s collaboration with Issey Miyake, Sato developed a toy which was then commissioned by Sony: a tiny robot named Toyo, powered by advanced technology, which moves as if it were alive. The motion of Toyo can be programmed with a computer and the device hosts a hyper-sensitive gps. As of this year, the Japanese education system has introduced computer programming in schools, and Toyo is a way to practice. Toyos come is sets of two and, for the design week exhibition, they give life to pieces of paper, regulating their movement and making the public perceive Animacy in what ultimately are nothing more than ephemeral, two-dimensional, inanimated objects. While technology and scientific research are at the basis of Sato’s work, the beauty and the poetic of his projects are given by that same naivety and humor which he uses for his educational projects: there’s no need to overtalk and overdo, new concepts are revealed when presented in a simple way. The playful visuals allow the public to travel back in time, to those childhood years in which everything was a toy and every new discovery was exciting and fun.

As a fashion designer, Miyake develops his work around three points: tradition (Japanese know-how), technology, and new idea. Unlike other contemporary designers, who find it hard to move away from heritage, for Miyake the past represents a ground for innovation. He develops his own textiles and uses contemporary tools to create avant-garde clothes. In his hands, fashion becomes a way to communicate ideas. The design projects he curates analyze design as a means of communication. This is the second time he showcases in Milan a work developed by Sato, after presenting My first me — Know yourself like never before in 2018. What Sato does comes under the name of communication design. Unlike other forms of design, the spotlight is not on the product, but on the sensation: a concept, an idea, can be communicated through different channels – a video, a display, an object. The focus is on the exchange of information between who communicates the idea and who receives it, and on the emotions ignited by this exchange.

«Issey is known in the world as a fashion designer, but he is far from being just that — says Sato — he is a conceptual artist, a philosopher, someone who strives to communicate things which are going on inside him. He uses fashion as a language to communicate with the world. I use communication design». From neuroscience in Tokyo to Design Week in Milan ad from something so ancient as the perception of life in our surroundings, to technology. If the bridge between neuroscience and design lies in communication, the process of translating ancestral instincts with computer devices is more subtle: «Technology makes our lives easier, and ultimately makes us happy — explains Sato — but happiness doesn’t necessarily come from developing high-resolution images or delegating to robots tiresome chores. The happiness that technology gives us comes from understanding and expressing things about ourselves and our lives; in this case Animacy, something that has always belonged to us as human beings, but had been forgotten».

Issey Miyake (born 22 April 1938) is a Japanese fashion designer. He is known for his technology-driven clothing designs, exhibitions and fragrances, such as L’eau d’Issey, which became his most well-known product.

Masahiko Sato is an award-winning designer with 11 featured award-winning projects. Architect show Co., Ltd is the Japanese architectural firm in Fukuoka city; founded by architect Masahiko Sato in 1985. The firm has completed numerous projects ranging from residential, hotels, malls, clinics and office projects in and outside of Fukuoka city. The most significant of which is residential projects and appreciated its work by national and various international awards. The significant feature of Architect show is that it provides sophisticated wooden design and choice of variety of materials that resembles concrete building, which is not common in Japan.