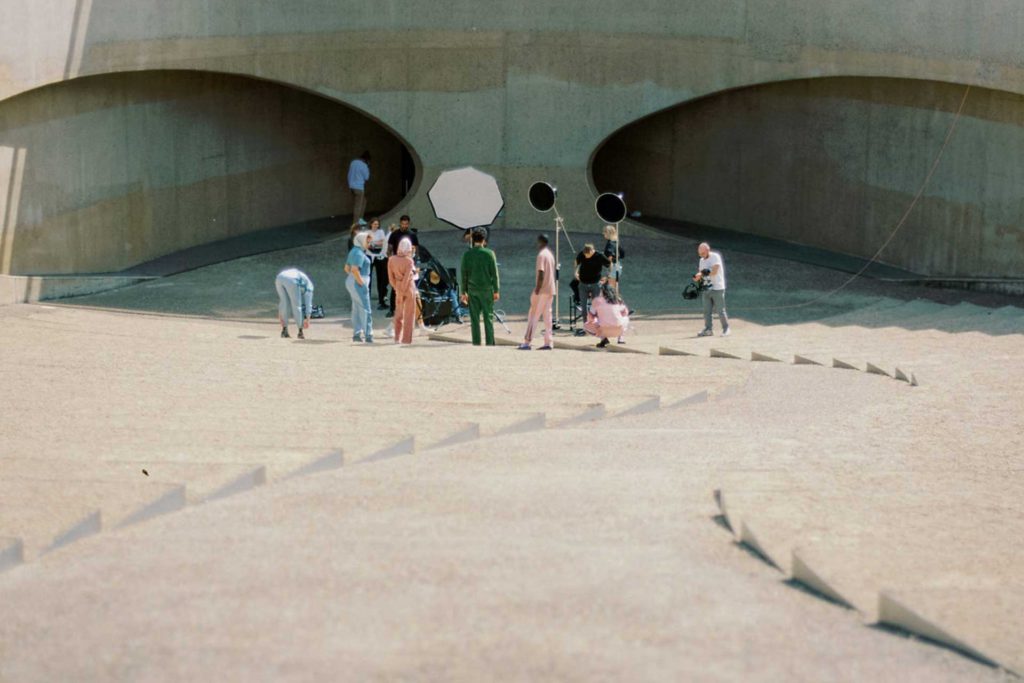 Slow Fashion – A collection a year keeps the waste away: two examples within the fashion industry

Buena Onda and Mosaert: two brands’ founders share their approach to Fashion, at the opposite of consumerism

That the fashion industry is «one of the industries that causes more harm to the environment» has been recognized worldwide by governments and associations, including the European Parliament. Among the solutions proposed in a briefing, the Parliament suggests to prefer slow fashion brands to fast fashion ones. It also focuses on how to manage second hand clothes but there is still a problem that needs to be considered: a certain number of garments continues to circulate because it continues to be produced. There are brands that have achieved to reduce the quantity of produced garments to the minimum, and developing business models which resemble each other for one thing: fashion is one of the services that the brand proposes. This is the reason why they reached the waste minimization of the fashion part of their project, avoiding to compromise with the market. The European Parliament briefing was released in 2018, and it was titled Environmental impact of the textile and clothing industry. What consumers need to know. The first lines state that «the amount of clothes bought in the EU per person has increased by 40 % in just a few decades, driven by a fall in prices and the increased speed with which fashion is delivered to consumers». Solutions to the problem focus on the end life of garments, and to encourage slow fashion, «an attempt to convince consumers to buy fewer clothes of better quality and to keep them for longer». Behind slow fashion brands there is a reality that sometimes is not mentioned: in order to sustain themselves in time, the creatives and producers of these brands either increase the production amount, maintaining the price range of their products, or high the price range, maintaining the production amount. In the first case, the waste produced by the brand increases. In the second case, the target clients change, not including in the fight to waste a part of society which would then be attracted by fast fashion brands – which appeal for their price range but continue to create the waste that the European briefing wants to avoid. Reality is that, creatives and producers behind brands that achieve to survive with slow fashion, they make a living with it and with side projects.

In the European briefing are cited some affordable business models that can help to reuse and reduce the fashion waste: subscription, renting, swapping, and more. These stay under the definition of ‘fashion as service’. There is a problem though, and it stays in the amount of material and apparels that continue to circulate because they continue to be produced. «We are continuing to make the same volumes, but instead of using regular fabric, we use recycled plastic. This doesn’t change the amount of plastic produced worldwide» states Buena Onda’s founder Farah Ragheb, talking about brands that declare to want to reach sustainability by changing the materials they use. Ragheb’s point is that changing materials could help to lower the impact on the environment but if the quantity is not reduced, this implies that surplus is still being generated somehow. Perspective on fashion has to change from consumerism to service, and some brands are helping to change perspective. Consumerism means that something can be bought when it is wanted, not when is needed. Fast fashion brands, which produce from ten to sixteen collections a year, have overcome the idea of a collection per season, accustomed people to have a constant change of choice in the market. For this reason, customers got used to changing their wardrobe whenever they wanted and garments have become a surplus, not a need. There are brands within the same price range of Buena Onda or Mosaert that release from 80 to 110 items per collection. The amount that will be sold is predicted, but by the time a collection has to leave space for the next one, garments that have remained unsold are thrown away or discharged. The service perspective implies that fashion is a need. Swapping or renting clothes are business models that take advantage of second-hand clothes, avoiding a surplus of production, but still giving customers the possibility to have a choice following their own tastes, which is what fast fashion has accustomed people to. Buena Onda and Mosaert approach differs and completes the ones mentioned. They release one collection a year, of three items Buena Onda and ten to fifteen Mosaert. Confronting their quantity of patterns with others of fast fashion brands in the same price range, waste is reduced by eighty-seven percent or ninety-seven percent.

«We have to be realistic» says Coralie Barbier, one of Mosaert’s founders. «We can develop the Mosaert fashion part this way because we have been working on two more projects at the same time. This allows the fashion part of the project to last in time and to have a future». In the case of Buena Onda, the fashion brand relies on Ragheb’s side works and projects to continue. Barbier states that «this situation allows us to pursue a project at our pace, when we have the right idea for it» and the same applies to Buena Onda. Waste minimization is achieved thanks to a minimum quantity of garments and during the creative and production processes. Mosaert releases a collection a year «to avoid scraps. Besides, we don’t produce many colors». For each of the three garments Buena Onda releases each year, the brand team aims to reach the right product with a maximum of three samples. «When it comes to production waste we don’t have any, and the same for the inventory». Ragheb has managed to avoid inventory waste thanks to a made-to-order system. With made-to-order, items are put online before entering production. After a span of time, it will be created by the amount that has been demanded, by producers and craftsmen.

Mosaert instead pre-produces a certain amount of its garments and leaves them on the website until they are sold-out. «We don’t really put a time limit on how long we can leave a piece on our website. As long as we have stock, we let it be sold on our website». Surplus problem is nullified. «On the other hand, as soon as a piece is sold out, we don’t reproduce it, since each piece is produced in limited quantities to avoid overproduction». Quantity varies from one piece to another: «we don’t have a definite number for all the pieces and it also changes from one collection to another. For our t-shirts, we produced 120 pieces per color. For our cloud sweatshirt, we produced 250. For our socks, we made 1,000 in all colors». The pre-made production system can help to avoid waste when quantities are under control. «We manage to sell out all our collections, it may take some time depending on the piece, that’s why you can still find on our site some pieces of the past collections, but they are always sold over time». To produce small quantities at the time allows to avoid warehouse problems, which are one of the reasons that causes brands to discharge unsold items. To avoid waste during production, Mosaert’s producers «have to use all the material furnished for the garment they are entitled to, by contract». Is to say that if a producer has to make 200 t-shirts and in the end there is some material in advance, it can’t be thrown away, it has to be reused. Producers were chosen at the beginning of the Mosaert project and «they’ve remained quite the same». Being Mosaert based in Belgium, Barbier wanted to maintain the production in Europe to contain the transport impact on the environment. «I’ve done deep research to find out producers for each kind of item, from Portugal, to France and Belgium». Buena Onda and Mosaert are two examples of brands which chose to pursue quality at the pace of their creativity. They take the time to think at each item in order to reduce waste to the minimum. This is made possible because these fashion projects are part of their founders’ activities to make a living. This way, the fashion part of their projects becomes a service that transcends the single product, avoiding to pursue profit over quality. At the same time, it involves creatives, producers and customers in a process that has been proving its efficiency in contrasting fashion waste.

An independent label based in Brussels mainly active in the fashion, music and audiovisual sector. It was founded in 2009 by Paul Van Haver (better known as Stromae) together with his brother and artistic director Luc Van Haver, to mark the launch of the singer’s first album. In 2012, the team met belgian stylist Coralie Barbier while working on the second Stromae album. Two years later, they decided to continue creating clothes, no more for the stage but for the public.