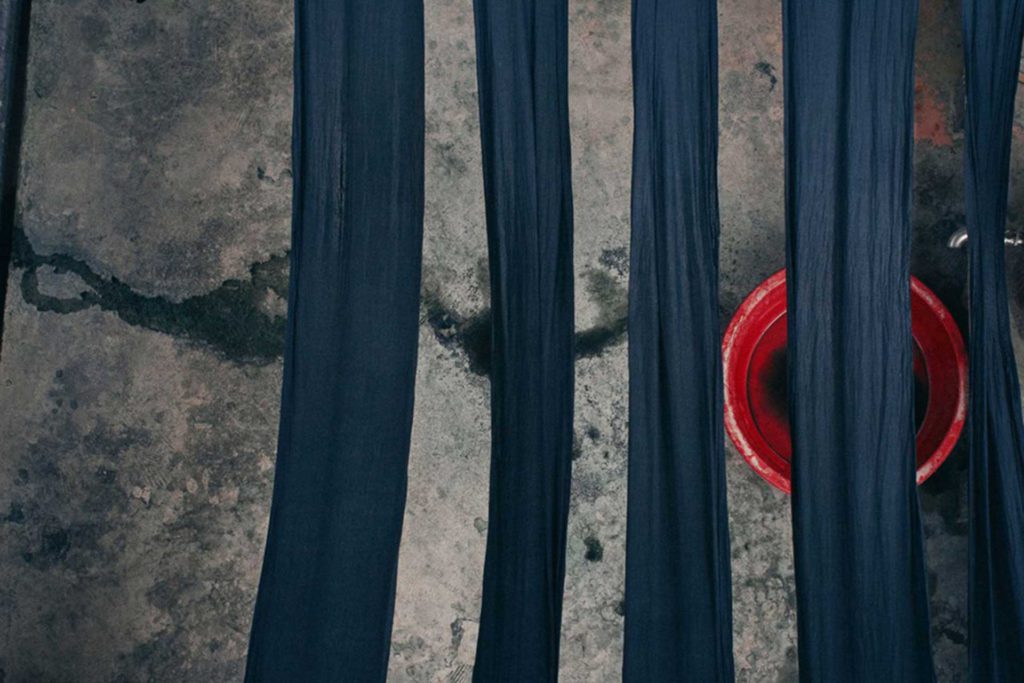 «Amongst all this poverty, you have this piece of embroidery – some gold in the middle of the ocean». In conversation with Angel Chang

Angel Chang is based in Guizhou province, one of the poorest lands in China. For the past ten years, she has dedicated her knowledge of design to work with the people in the rural villages. «I discovered these indigenous tribes, the Miao and the Dong, who were making handwoven fabrics», explained Chang. «They are starting to disappear from the villages because China keeps modernizing». As a fashion designer, having worked with Donna Karen and Chloé, she understood how valuable these fabrics were. «Amongst all this poverty, you have this piece of embroidery. It was like finding gold in the middle of the ocean». As a start-up in 2011, Chang couldn’t afford to be sustainable, focusing her energy more on preserving traditional craftsmanship. After finding support from Jiang Qiong Er, the creative director of luxury brand Shang Xia, she was convinced to move from New York to China and establish a base locally. Subsequently, she received a sponsorship from Pernod Ricard to start a capsule collection, officially starting the production of her pieces. After some research, she decided to establish her atelier in Dimen village, collaborating with the Western China Cultural Ecology Research Workshop – a museum dedicated to researching and preserving indigenous culture. Her website store uses the same sales model as a retail store: items are made, sold and restocked accordingly. Around three hundred years ago, the Miao ethnic-minority, known for their embroidery skills, lived around central China. During the war, the Han Chinese pushed the Miao further into the mountains, now known as the Guizhou province. It is here where the Miao, the largest ethnic-monitory group in China, established their traditions. The Dong, Buyi, and Sui minorities also live in the Guizhou province, each having passed down their own way of crafting. «The iconography in their embroidery and fabric is a way to tell the history of their people», described Chang. «zig-zags communicate that they migrated over the mountains. They didn’t have oral history or a written language so they used these visual tools to tell the history of their people».

As self-sufficient farmers, the villagers consume what they produce. They grow raw materials to make their own clothing. The fabric-making tradition is slowly dying because, like with other tribal traditions, the younger generation don’t find them worthwhile picking up. «There is this statistic from the Anthropologist, Wade Davis, who says that of the 7,000 languages that are being spoken today, half of them will disappear in our generation alone», explained Chang. «When you have language loss, you also have loss in centuries of human thinking and knowledge. What is happening in China is that because there are no jobs in the rural villages, you have this entire generation moving to the coastal cities to find factory jobs. They become migrant workers and in China, as a migrant working and living out of your home province, you don’t have the same social benefits – this is a way in which China controls their population», said Chang. In 2017, Chang founded Village Embassy, a wholesale textile line to further revive traditional fabric-making and to create a local supply chain in the province. The brand was the first Chinese atelier to be selected for Première Vision’s Maison d’Exceptions in Paris. The term innovation refers to the practical implementation of new ideas which ensure constant modernization. «What is ironic is that now we are looking at natural fibers as being ‘innovative’», Chang explained. «Before it was all about cultural preservation and traditional knowledge but now it’s also about how to create products with very little carbon footprint». Their seed-to-fabric production takes about five to six months, and is all done with natural resources used from the village and their agriculture. Most of this time is spent in physically growing the raw material. The current Angel Chang collection is made from native-seed organic cotton. Ramie and hemp are used for the Village Embassy fabrics. It is grown by the villagers in the Spring, which takes about four months, allowing the weaving and spinning to be done during the fall months. Master weavers take about two months to spin and weave the material, after which it is dyed with local plants such as indigo or gardenia pods, all depending on the best season for them; Indigo is available all year round and can also be made into a paste, making it easy to use. They use the soil around the villages to make a peach-colored dye called clay. Gardenia flower pods are used as dye only at the end of the summer season as this specific plant produces a more saturated color when used fresh. «The villagers know how to work with nature». said Chang. «They might not know the name of the plants but they know which ones are good for mosquitoes or rashes and which ones will dye certain colors». The dyeing process takes a couple of weeks to do. The villagers use ancient techniques to work with the fabrics, such as pounding the materials down on a stone slab using a wooden mallet to retain the color. Sewing the garments is the fastest part of the entire process, taking about three days to make a pair of pants and about one week for a dress or jacket. An entire collection can take about one year to produce as it relies heavily on nature’s seasons.

Chang would use a glue to make the fabric heavier and starchier to work with. Glue can be toxic and hazardous if not disposed of correctly, no matter its form. In the villages they grind up rice and mix it with a bit of water to act as a free and non-polluting glue paste. «If we lose these little solutions which come from nature, then we become dependent on this carbon-heavy way of doing things and that’s because we’ve lost connection with traditional knowledge». These rural villages do not base their lifestyle on consumption as we do, explained Chang. We rely on efficiency and speed to feed into our habits of consumerism. «In these villages, they go cut some vine if they need to make rope. If they want to expand and build another room in their home, instead of going out and buying the wood needed, they plant more trees and then wait seven years until the trees are big enough to cut down. They’re thinking long-term». The issue of migrant workers is slowly being alleviated and the additional revenue flowing in these rural villages is aiding the economy. The factors which influence the economy can also be seen as measurements for the success of a country. «The success of an economy is based on GDP and the success of GDP is based on selling products», said Chang. «We have been using GDP as a perimeter of success since the 1930s so while you can measure the success with a number based on your growth per year, you’re not taking into account the destruction of nature».

Angel Chang an American womenswear designer who began her career designing for Donna Karen and Chloé. In 2011 she moved from New York to a remote mountain village in Guizhou Province, rural China, to learn the traditional fabric-making techniques still practiced there by the ethnic minority elders. Since then, she has started creating collections focusing on preserving traditional culture, rural employment, environmental sustainability and inspiring the younger generation to take up generations-old craftsmanship.