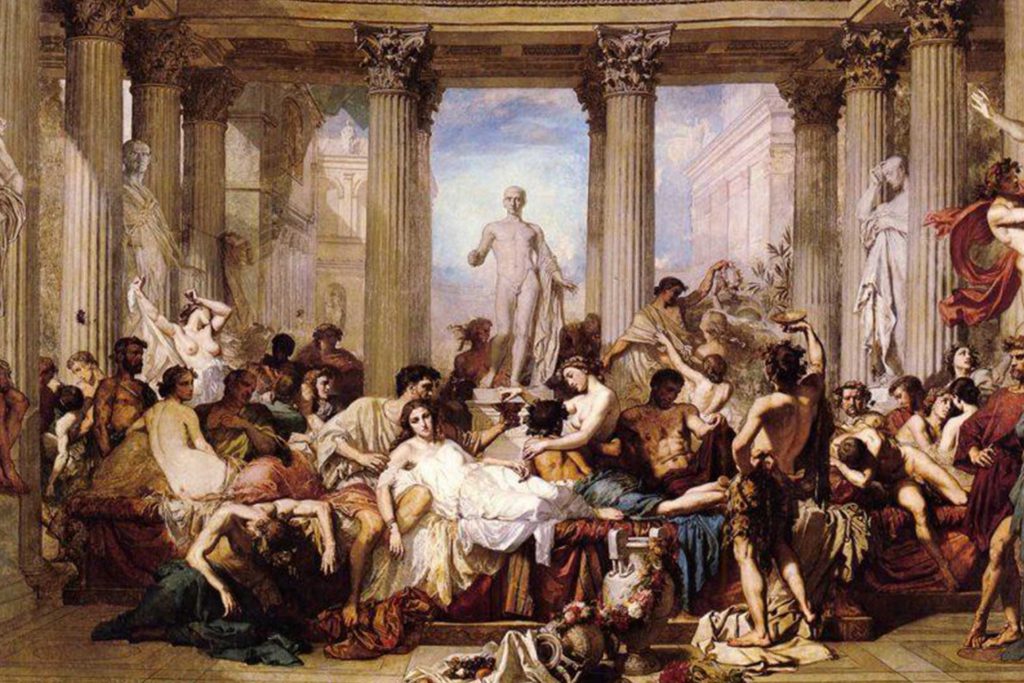 In Fendi, craftsmanship lies in fur and leather: Kim Jones proceeding with a responsible sourcing

Instead of pushing on a new approach for Fendi, Kim Jones rifles through the archives of the house, observing what Karl Lagerfeld did and what Silvia Venturini Fendi has been doing

How fur is made

Mink from Mustelidae, the family of weasel that range from polecats, badgers, ferrets, otters and the wolverine, separates mustela lutreola, the European Mink, from neovison vison, the American Mink, the two classifications weigh for their fur. These amphibious mammals find themselves along the rivers and coasts, their brown fur turns black when they become wet. Wool as a fiber: cashmere and mohair from goats, qiviut from muskoxen, angora from rabbits, and fleece from sheep. The crimp of the wool, the fineness of the fiber that adds to the ease of felting the material, isolates the body from cold and heat. Suede, a type of leather, an animal skin, has the inner surface of the skin processed to unravel its texture, a napped finish. Fifty thousand years ago, the populace discovered the animal skin as a protection against the cold, and to prevent the skin from stiffening, they boiled it with barks of trees and salt that allowed tanning, a method of preservation, before rubbing animal fat over the material to soften it.

WelFur, the anatomy and wordplay of welfare and the surveillance and certification program of fur farms across Europe, represents the four welfare principles to animals established in the European Commission’s Welfare Quality: good housing, the comfort of shelter and temperature, and the ease of movement; good feeding, the absence of hunger and thirst; good health, the void of disease, injuries, and pain the management inducts; and appropriate behavior, the demonstrations of behaviors promoting human and animal relationship through positivity in emotions. The scientists behind WelFur research on the welfare of the animals through an assessment program, comprising of twelve animal welfare criteria, twenty-five measurements to foxes and twenty-two measurements to mink, designed to certify mink, fox, and Finnraccoon farms in Europe on the basis of the four welfare principles and to ensure the just practices in the fur supply chain. In Fendi, artisanality lies in fur and leather. The fashion house owns a fur atelier in-house, adheres to the ethics and standards of fur and leather, in compliance to the regulations concerning the local, national and international laws, and supports traceability as a tool for transparency and innovation through establishing partnerships and dialogues from International Auction Houses to tanneries in Italy, which guarantees certification of origin from farm to retail under the inspection and supervision of WelFur and Moët Hennessy Louis Vuitton’s Animal-based Raw Materials Sourcing Charter. The latter addresses its brand’s sourcing of fur, leather and wool, inclusive of Fendi, indicating commitments to prioritizing animal husbandry and trapping through inspection, traceability of the origin of the supply chain, and respect for people, the environment and biodiversity in the stage of production.

Italy houses the majority of Fendi’s supply chain to ensure the respect of the standards of the environment and society it works within. The relations with its suppliers depend on trust, transparency and accountability principles, allowing the fashion house to disclose names, address and the production type of its suppliers, facilities and raw material providers which may be found in six hundred seventy-six branches in Italy, eight in Spain, seven in France, three in the United Kingdom, two in Japan and India, and one in Canada, China, Denmark, Finland, Germany, Hong Kong, the Netherlands, Portugal, Russia, Taiwan and Turkey. Faithful to ethics, Fendi commits to the monitoring of its suppliers with the aim to identify risks in the supply chain. The suppliers sign the Suppliers Code of Conduct, which includes the requirements and responsibilities regarding working conditions such as forced, child, illegal and undeclared work, discrimination, residence permit, wages and benefits, freedom of association, health and safety and working hours, and rely on the expertise of Bureau Veritas, an audit company, to verify that it embeds policies concerning the environment and society through hundreds of audits. In its 2019 audit results, eighty-three percent of the fashion house’s production among the four hundred thirty-three audits came from audited suppliers with twelve point one percent best practices, thirty-eight point five percent acceptable, forty-eight point eight percent improvement required and zero point six percent zero tolerance.

Through Kim Jones, the artistic director of haute couture, ready-to-wear and fur line of women, Fendi washes the mink and bonds the suede to a coat, forming bell sleeves and pairing them up to the pinstripes of their office attire, rendered in silken shirting and wool tailoring. In another look, Jones bonds the mink as an interior to the iteration of a utilitarian shirt jacket, an outfit drawn from Venturini Fendi’s uniform, while the next one foresees double cashmere and camel outerwear which extends into mink tricot or scarves fringed with wool to drape across shirts and dresses. While Lagerfeld’s remembrance pivots to the double F he had pioneered for Fendi, the archives he had left behind constitute sketches that Jones rifled through for the show, birthing the renovation of the double F through Karligraphy, its version in calligraphy and its monogram presiding over the bags, and FENDI First shoes with the reinvention of their heels, amalgamating with Jones’ couture through marbles silk dresses, rosette blooms and organza embroideries on jacquard knits. The Karligraphy monograms, laser cut into suede, appears throughout the designs to reverberate the history and craftsmanship tested by decades of the Fendi ateliers along with a mink herringbone jacket in featherlight through its suspended construction and leather suiting inset with ajour embroidery. To draw further from Lagerfeld’s memoir, glasses and mirrors formed letter F with edges in black decorate the enclave of the runway, souvenirs of the remnants of Rome’s history cradle inside the cases in sizes fitting for a gallery or a museum, while the space illuminates in spotlights, creating multiplicity in reflections as the models walk and present the anthology before the cameras. To realize the limited-edition Fendi Baguette for the anthology, Fendi enlisted craftspeople from each of Italy’s twenty regions to reimagine the bag as part of its hand-in-hand project, translating Campania’s language of artisanship into objects of art through the veneered wood inlays of the bag found in the sixth century Benedictine monasteries while infiltrating the design with the motif of baroque floral.

What do colors mean

Brown, the hues of trees, soil, and the Earth, heightens one’s serotonin, the hormone that stabilizes the mood, sensations, well-being and happiness, and tryptophan, an amino acid employed to produce niacin, an ingredient in creating the serotonin; the reminder of our connection to nature and home; the emblem of winter through the dormancy of the autumn’s color. White, the symbol of truth and the foil to the vibrancy of other palettes, favors no hue, the refusal to go against and the acceptance to complement, and illuminates simplicity, clarity and purity, the color of winter and its snow. Green, not of envy but of evergreen, the forest, associates itself with the environment, one’s revitalization and rebirth, the stimulation of pituitary gland, the master gland of one’s body as it commands the activities of the glands that secrete hormone and plays the role as the major endocrine gland attached to the base of the brain to regulate functions of the body to well-being, the increase of one’s blood histamine levels, the reduction of allergy symptoms and dilated blood vessels, and the color of calm and creativity. Black, the representation of night, certainty and authority, powers sophistication, unambiguity and drama, and the absorber and, by the rules of thermodynamics through radiative cooling, emitter of light. Throughout Jones’ supervision at Fendi, the transition of palettes from autumn to winter and the outfits designed for these seasons fuse with the house’s adoption of materials through its Testing Program, the requirement to its suppliers to comply to the Restricted Substances List, the ban towards the employment of chemicals and substances in textile, apparel and footwear, in line with international certification standards such as OEKO-TEX, the testing and certification that attests the use of textile and leather far from substances and chemicals that damage the nature, animals and community. Speaking of this community at Fendi, where Kim Jones, Silvia Venturini Fendi, and Delfina Delettrez Fendi spearhead, the runway persists with the craftsmanship of the local makers through the house’s Hand in Hand Project, the interpretation of the Baguette bag through the ateliers and workshops from Lazio, Abruzzo, Veneto, Umbria, Tuscany, Puglia Marche, Molise, Calabria, Sardinia and Sicily, one of the signatures of Fendi that bears the biographies of Edoardo, Adele, Alda, Anna, Carla, Franca and Paola Fendi and Karl Lagerfeld.

In 2008, Alfred Dunhill appointed Kim Jones, a designer from the United Kingdom, as its creative director. In 2011, Louis Vuitton designated the title style director of its ready-to-wear men’s collection to Jones. In 2018, Dior Men instated Jones as its artistic director of its menswear. Two years later, Jones brings over his myriad as a collaborator and creative director to fashion houses such as Louis Vuitton, Dunhill, Mulberry, Alexander McQueen, Hugo Boss and Dior Men to back his role as the artistic director of Fendi and its haute couture, ready-to-wear, and fur collections for women along with Venturini Fendi for the accessories and menswear line and her daughter Delfina Delettrez Fendi for the jewelry.