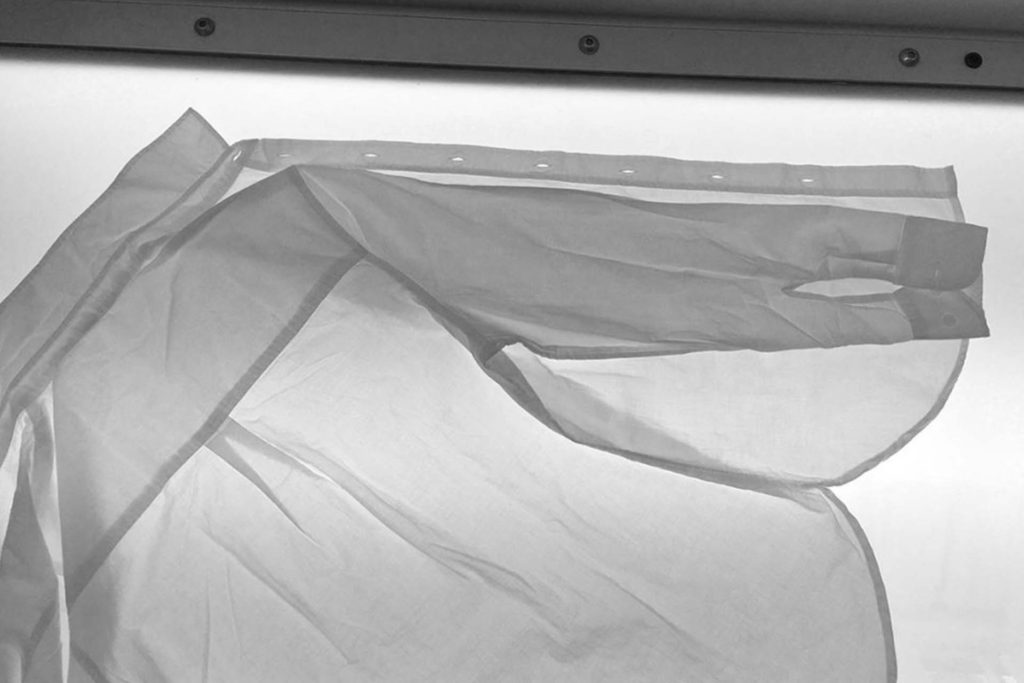 Is zero waste just a new marketing move or a properly transparent practice?

In conversation with Holly McQuillan, who discusses the misconception in the zero waste term and suggests new machinery and business models as alternatives in promoting the system

From sustainability bloggers in 2016 fitting in a year’s worth of waste into a jar to the continuous greenwashing of the fashion industry, zero waste can become another term that gets lost in the sea of sustainability efforts in fashion. Defined as a waste prevention and reuse system, it aims to tackle the waste created by humanity, which stands at two billion tonnes of waste per year according to last year’s Global Waste Index. For some, zero-waste has become a new way of life, as with Japan’s Kamikatsu village, where recycling is split into forty-five categories, and the rate of recycling is higher than most places on earth. Since passing their zero-waste declaration in 2003, Kamikatsu residents have kept recycling approximately 80 percent of their waste, compared to Japan’s national average from 2016 of 20 percent. By 2030, we are expected to be discarding more than 134 million tonnes of textiles a year. Holly McQuillan, a researcher and zero waste specialist, believes that as current sustainability strategies are opaque and slow to adapt to the various components of the supply chain. She says, «We currently waste about 35 percent of raw materials between fiber and finished garment if you include everything from the fiber processing, yarn spinning, knitting, or weaving, cutting the garment and constructing it until it is a finished piece. That does not include water, energy, chemicals – it is just the fiber, like cotton or polyester. If you are going to grow cotton, there is a lot of water that goes into that process; if you are going to extrude polyester, there is oil extraction from the ground. It has this cascading effect; it escalates the problem from something that might seem relatively small to a bigger problem. If you add in post-consumer waste that is produced after the garment has been sold, then that amount goes from 35 percent to about 66 percent within one year. Within one year, two-thirds of all the raw materials we used to make garments are back in landfill». Fashion has had trouble dealing with its waste as many garment-textile components are combined, leading to fabric that cannot be used again through its raw components.

For many companies, waste ends up being tied into the financial model, where the consumer pays for the waste material created in the production of a piece of clothing. McQuillan says that «If I teach enough people how to create using the zero-waste system, they will go into industry and replace the conventional with a zero-waste design process. This does not happen; the system is set up and built in such a way that waste is a fundamental part of the business model. If I was to teach a company design team how to design a zero-waste version of what they already make with less material, I would order this material from the supplier who would panic, because they no longer get the same volume ordered from them. At the moment, the waste is about 15 to 25 percent of a garment. When you have a T-shirt, 15 to 25 percent extra is a waste. The value of that is included in the cost when you buy it, so the company does not pay for it, consumers do». McQuillan has been teaching and organizing zero waste workshops for industry leaders, showing that the industry’s current understanding of sustainability efforts causes more harm than gain. «What they want to happen is that the company will produce less waste and use less material per garment, but they will make more garments with what they save. That way, they do not have to order less fabric from the supplier, and that does not put them out of business – but it drives up consumption. Overall, we have this increase in demand because it ends up having a rebound effect. You drive these efficiency games that then get their advantage clawed back from the improved environmental impact or fewer CO2 emissions through an increase in ‘sustainable’ consumption as a response».

The implementation of transition design thinking

Instead, McQuillan showcases the breadth of practices and beliefs that need to be applied across the business, not just its supply model. «I do not talk to supply – I need to talk to the people involved in business management, to those who will  produce the stuff – production managers, technical designers, pattern patterns, CEO’s, and CFO’s. I cannot produce something bigger than that as it is implicit in the waste production. Say you are Nike, and you know that your garments are made on an assembly line that is cut and sewn. What are all the different components that feed into that process? What is the motivation for doing zero waste? Is that because you want it to be a good story that the media is going to love, or is it an inherent motivation because you want to improve the world in some way? Often, that is both – companies want a good story because it is good for marketing, they say that they care». The zero waste design, for McQuillan, should focus on application and execution through modeling, digital technologies, and the implementation of transition design thinking. Many companies are now using digital technologies like Clo3D to plan and form the pattern for their garments without the need for samples or physical models of the items. «Prior to the software, it happened in the head of the designer or with paper models, and it was hard to communicate quickly with companies and design teams about how to do that. With Clo 3D, it becomes straightforward». The other factor is basing businesses around economic strategies that prioritize balance over exponential growth. «Kate Raworth, a UK economist, came up with a donut economics model. In the small circle of the donut, that is the social foundation and the large circle of the donut is that ecological ceiling. Everything in between – is where we have got to be, between those two spaces. At the moment, we overshoot on both. Transition design requires you to look at the existing industry or problem and ask why it is like this, the history of it, and how it got to be there. Then you go onto asking what the problems are and their positives and negatives. Finally, you look to the future and backcast and ask where we want it to be. That missing gap is the way of solving that transition and making it easier to transition business models, manufacturing processes, and the economic system as a whole. It has been previously applied to different systems, from California’s  water supply systems to the fashion industry».

The integration of technology to improve traceability

The industry’s future lies in implanting these models in such a way that balance between ecological factors and the human element becomes the core idea behind the new business, integrating technology like digital design systems and blockchain to improve traceability in the fashion cycle. «This idea of industry 4.0 is the next step forward, where we use technology that enables us to digitally link garment processes through its entire life. You produce the garment in a conventional way. All of the information about that garment is accessible to the consumer and to anybody who buys that garment in the future, so they know all of the chemical compositions and the treatments. In terms of circularity, this would make it easier to sort garments. That kind of technology needs to extend into the entire production process and into design so that you can see the impact of all of the decisions made in real time. To prioritize the planet, we need to work out new business models that do not prioritize growth, working with economists, scientists and engineers to automate clothing production to produce it locally without high costs. Designers need to be part of that as well. It is common for fiber to be developed without designers being involved and what they consider to be important in their process. This is the goal – from new machinery to business models and more collaboration, so the areas are not so siloed».In the fashion industry, waste has become a secret problem; companies are outed for burning stock and fail to account for the waste produced during textile and cut and sew production. Globally, the fashion industry produces an estimated 92 million tonnes of textiles waste each year.

Rather than looking at the production systems as one way and linear, they  can be redesigned to be cyclical, as in nature, where there is no such thing as ‘waste’ and materials are kept in the production cycle. Zero Waste is emerging as a paradigm shift, a new, comprehensive socio-technical system that addresses our resource use from product design to disposal.