Ottilie Landmark portraying her wife: «the moment that you’re shooting, the person is giving you a power and you are in charge»

As was the case for so many, Danish photographer Ottilie Landmark, based in London, found her plans upended when the pandemic and the lockdown swept through the world in March of 2020. «It was disruptive. I had just finished my MA three months before that, so I had started out optimistic as my new freelance life. For a few months I was trying to figure out what to do from there, and there were no jobs to be found». She learned how to develop film at home and she found inspiration in her immediate surroundings. «I did a lot of testing, tried being intuitive about noticing when the sun hit a certain wall at a certain time of day, and then, because both me and my wife were home, I’d be like, Sinéad, come here! And then just put her in the spot and take a photo». Much of her creative process as a photographer comes from her personal passions. Sinéad O’Dwyer, Landmark’s wife, has been her subject since she began shooting and was the focus of her final project for her MA program. An ongoing project about Britain’s kink and fetish communities also comes from her own curiosity. «Personal projects come from something that I’m exploring myself, I use photography as a way to meet people and to have conversations that automatically happens when you start reaching out to them».

Her photos featured in this edition of Lampoon are her meditation on the ways in which green spaces in urban settings serve as centers of energy and transformation for city dwellers. London residents were only allowed outside once a day, Landmark walked around a park every day.  «I barely knew this park before the pandemic. It was a normal park, and I got to know this place well, I started noticing every time something was blossoming, or something was added. It became a nice rhythm».
«This shoot was a visualization of having that space where you can get more in tune with nature. It doesn’t have to be the most gorgeous forest. There is something about going to a green space that helps me mentally», Landmark added. The images have a quality of timelessness that is not unrelated to the disruption of linear progression which took place during the pandemic, when routines were upended and markers of time rearranged. Landmark’s use of saturated color in some of the photos in the park where the photoshoot took place emphasizes the ways in which nature and green spaces serve as an energy source, a place where people can go and recharge.

How to become a photographer

As a woman photographer, part of Landmark’s process is to be more in tune with the models she works with as muses or collaborators rather than as objects in a voyeuristic sense. «Photography is voyeuristic and it’s a line between that power dynamic between you and the person you’re photographing because it has to be empowering for them too. It can’t just be something that you get off on just because you want to take good photos». She then continues, «the moment that you’re shooting, the person is giving you a power in some way, you are in charge, you have these photos and you’re the one selecting them. In the past people didn’t really care but now it feels as if people are more considerate of the person they’re shooting and not just about their own vision and what they want to do». That openness to being changed by the process itself is a distinctive approach, perhaps related to Landmark’s own nontraditional path to the creative calling. She never saw herself as an artist, yet she was frustrated with her own ‘average job’ and was searching for an answer to what she wanted to do until three and a half years ago, when she had what she describes as a cliche but all the same epiphany while drunk on a bus on her way home that she needed to buy a camera on eBay. She did, and the rest fell into place. She approached her newfound craft with passion and dedication, throwing herself into a master’s program after just a year of experience on her own, buoyed by the encouragement of her wife, Sinéad, who is a fashion designer. «I was going to be in the creative field, but in production, or someone helping other people. I like to be in control of things so maybe that was a sign that I should do it myself».

Danish photographer, originally from Copenhagen, who is currently based in London. Her work explores queer female identity and sexuality, among other topics. She graduated from Central Saint Martins in 2019, receiving the Hugo Boss Scholarship while studying. 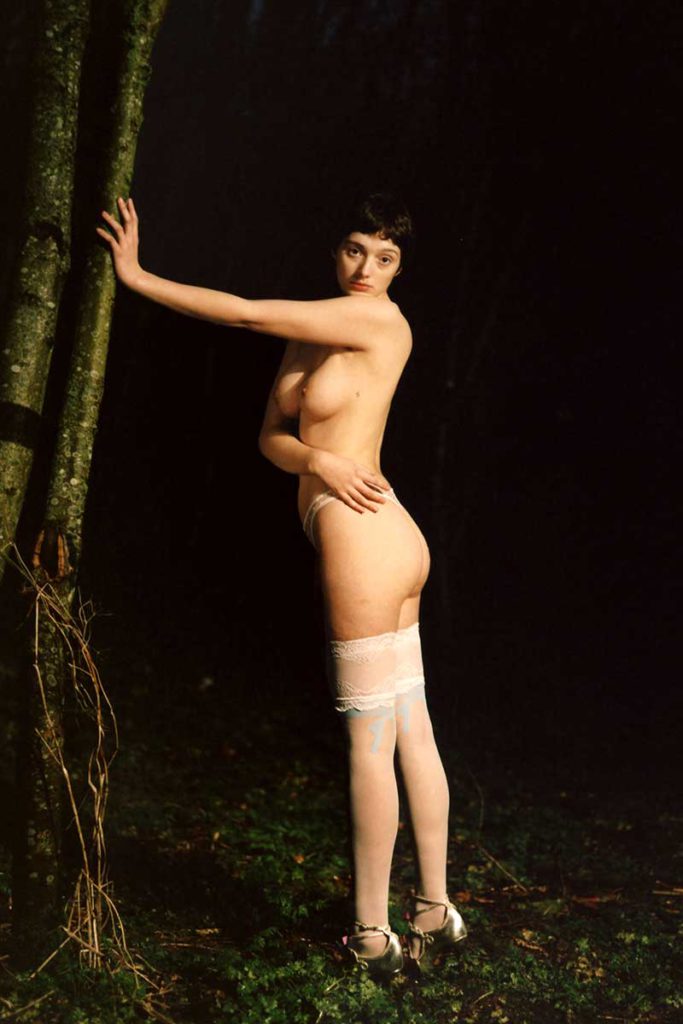