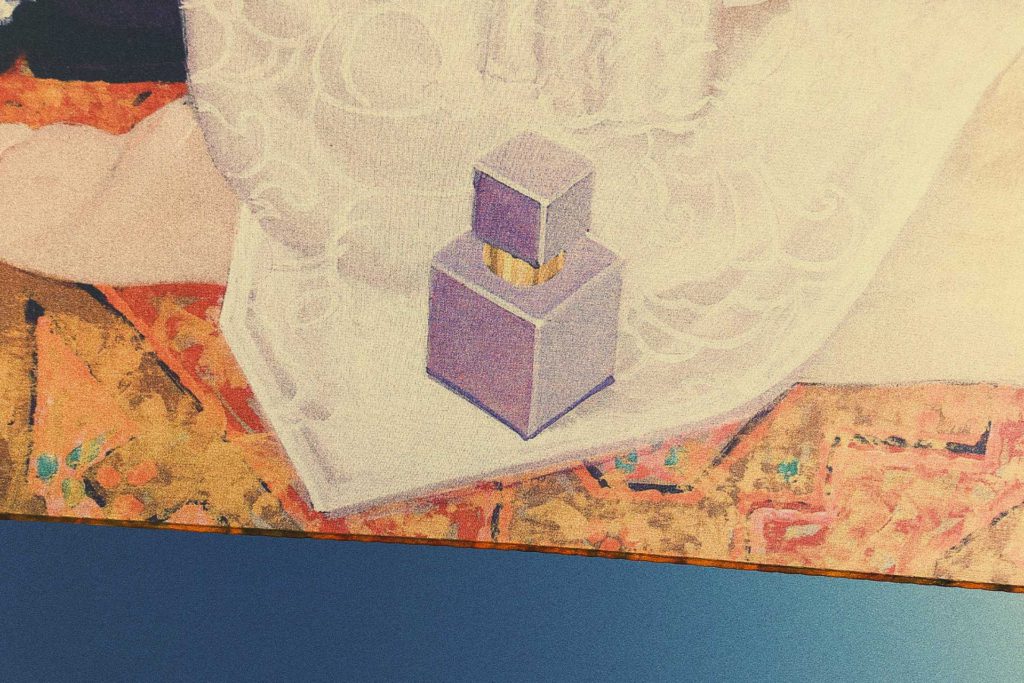 A family brand founded at the turn of the Millenium, art and beauty products are synonymous. Today, Eisenberg offers products spanning fragrances and make-up to suncare, free from the confines of gender or skin type-specific labels. In conversation with Edmond Eisenberg, son and second in command to CEO and founder José Eisenberg, he dissects the brand.

The company differentiates itself from others by its ongoing association with art. A defining characteristic derived from its founder’s upbringing. Eisenberg perfume collection, L’Art du Parfum, and signature fragrance, J’ose, are examples of this relationship between art and beauty products.

«My father, the founder of Eisenberg, was born in Romania under the Communist regime. He then arrived in Italy with his family. The art of Tuscany and Florence inspired him». José Eisenberg, in fact, left school at the age of thirteen. Then, by the age of twenty-one, he was working in the fashion industry. As he matured, he would turn to entrepreneurship. «He opened two companies in the United States. One in artificial intelligence and another in computer technology. His team developed the first-ever artificial eye recognition in the 1970s».

In 1985, José Eisenberg founded his laboratory for product research, having identified the market gap for transparent beauty products. Here, he embarked on over a decade of research before launching the brand, Eisenberg, which patented the Trio-Molecular® Formula. Edmond Eisenberg emphasizes that Trio-Molecular® is not the ‘hero product’. Rather it is the ‘hero formula’ instilled in the brand’s product offering.

«In nature, you have roughly thirty thousand molecules. In current times, we focus on ‘natural’ products, but in 1985, when Eisenberg started its research; it was one of the original engineers in natural beauty research. This is, in fact, what we call biotechnology: taking the best of nature and fusing it with science. What we discovered through fifteen years of research is that if we extract three molecules from nature and combine them, the synergy would give skin the memory of its youth».

«These qualities are oxygenation, energizing as well as regeneration. When we mix them together, it kickstarts the mechanism of youthful skin. For people with mature skin, in their fifties or sixties, these products can correct the signs of aging. Further, for younger people, it prevents premature skin ageing. We patented this formula and decided that we would start integrating it into our products. It is now the core of our offering».

As one of the sole family-run beauty brands in the industry, Edmond Eisenberg explains his involvement in the business. «When I was a teenager, I had the opportunity to start involving myself in the brand. My father was open-minded about it, and I was free to choose whether or not I wanted to become part of it. It was in 2010, when I graduated from university, that I officially began working with Eisenberg. I started at rock bottom – that was the way, in fact, I could learn every capacity of the business. My father insisted on me starting from scratch. One of the first lessons I learned from him was how to close a cardboard box. He taught me how to ensure it was aesthetically-fitting and accomplished in a neat way, without overusing the tape».

Edmond Eisenberg grew up in Monaco as one of three children, the only boy and child to follow the father’s footsteps. He graduated from Richmond University in London with an Economics and International Finance Degree, minoring in Dramatic Arts. Later, he went on to graduate with a master’s degree in Luxury Goods and Services from the University of Monaco before joining the beauty brand.

In a similar vein to his father, Edmond Eisenberg specifies a connection with the arts as a driving force in his creativity and career. «I have always had an interest for the arts. At some stages of my life, I thought I was going to become a musician». Edmond’s role as his father’s right-hand-man and the shared title of CEO do not define his involvement with the brand. Versed on violin and piano, he has also contributed to the original musical scores for the brand’s campaigns and its digital content.

Today, Eisenberg consists of ninety-seven skincare products, including seventeen for men. There are suncare products as well as a makeup collection. There are two perfume collections: L’Art du Parfum and Latin Orientals, for men and women. As for product development and the ongoing creative process, Edmond Eisenberg says the brand does not follow a timeline for product launches.

«Our deodorant was developed over seven years before we launched it because we wanted to ensure it was advanced and safe with no chemicals, aluminum, or alcohol». There is a blacklist of many ingredients not allowed in their products. Development of skincare takes place in the Swiss laboratory and perfume in the French lab before final products reach the packaging center at the French coast near Nice.

As for its packaging and stance on sustainability, Edmond Eisenberg states, «we strive to avoid plastic where possible and to use recyclable and environmentally-respectful packaging without taking part in dubious marketing ploys. We would like to work with the concept of refillable packaging, but the theory is almost hypocritical because you’re endangering people through the contamination of the product».

«When we package our products, we do it in a sterile environment, where there is no cross-contamination or persons present. By refilling used packaging, we cannot maintain this level of hygiene and product purity. Crystal with zero percent lead characterizes our bottles. Crystal has approximately five percent lead naturally. It is not a toxic material, but it is not one hundred percent pure. We have achieved zero percent lead to ensure absolute purity». Recyclable plastic, paper and aluminum are additionally used. Regarding waste reduction, Eisenberg ensures that its secondary packaging is sustainably managed and sourced from suppliers who have been granted the FSC Forest Management Certification.

Launched in 2003, J’ose remains unchanged since its creation and is a prime example of the brand’s synergy between beauty and art. The perfume’s comes from the founding father’s name: José. By placing an apostrophe between the first two letters, the word becomes ‘J’ose’, which means ‘to dare’ in French. «The leading campaign is of a woman smoking a cigar. The image challenges the cliches of society. The perfume and campaign were established nearly twenty years ago, and they remain relevant today. At that time, it was shocking, but people today may find it surprising, too, to see a woman smoking a cigar».

In 2010, L’Art du Parfum Collection was launched with J’ose as its cornerstone. The collection consists of ten perfumes for women and five for men. Edmond explains the first time his father experienced the art of the Brazilian figurative artist Juarez Machado, «he couldn’t sleep at night as long as he didn’t have that painting. Finally, he purchased it and ended up commissioning the artist Machado to create the visuals for L’Art du Parfum». A series of twelve paintings were created to visually express the emotion conveyed in the perfumes.

J’ose is available for men and women. The scent shares top notes of bergamot, lemon, mint, jasmine and heart notes of lavender, artemisia, and caffè mocha. Base notes of patchouli, sandalwood, musk, tonka beans, vanilla and amber complete the palette. As for the brand’s fragrances, L’Art du Parfum represents the western French-Italian school of perfumery, whereas the Latin Oriental Collection represents the Eastern school.

The olfactory development process, says Edmond Eisenberg, is ever ongoing. «My father is the nose of Eisenberg. There is an additional nose in our office who works closely with my father on our perfume collections. The creative perfume process is an exchange. As a matter of fact, we engage with everyone in the office and hear their ideas».

In 1985, José Eisenberg wanted to bring everything he was passionate about together in one project, and aspired to create a beauty brand. His brand draws on his identity, values as well as his experience. He longed to return to the ambition of his lifetime, that of a timeless, natural beauty without artifice, a brand that would reflect his true personality. And so began his quest for the ultimate formula which would make women and men even more beautiful. In 2000, after fifteen years of scientific research and clinical tests, José Eisenberg was finally able to market his first products under his own cosmetic, perfume and make-up brand: Eisenberg. His son Edmond is continuing the family tradition by working to develop the brand worldwide, still respecting the strong values instilled in him by his father.