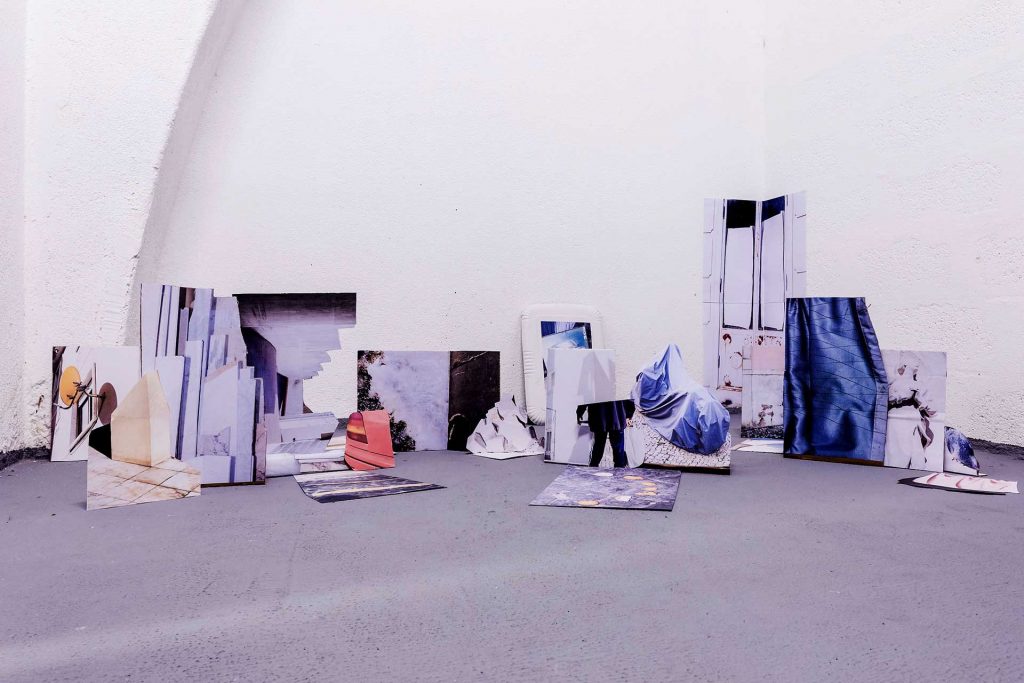 At XYZ Books, the focus is not aesthetics. Pedro Guimarães and Tiago Casanova encourage freshness. They support the artists they collaborate with through their insight and intuition in editing

Pedro Guimarães and Tiago Casanova didn’t know each other before the birth of XYZ Books. Casanova’s background in architecture was, in fact, what prompted their encounter. Guimarães wanted to open a bookshop and was looking for someone to design it. Then, through mutual connections, he involved Casanova in the project, who was living in Porto at that time. Casanova says, «Pedro sent me photographs of the place he was about to rent. I spent the night working on an idea, made a model of it, and later shared it with him». Guimarães asked him to come to Lisbon. «The next day I was in Lisbon. We went to see the place and headed to a woodworker to furnish the shop».

XYZ Books started as a bookshop that focused on photobooks. Guimarães saw it as the concretization of a «romantic wish». Nevertheless, he later realized it was a labor-intensive activity which required his presence with continuity. «I wanted to remain connected to books, but it was draining my energy. Placing a limit on the store’s activities at those of a bookshop was not viable. That is how we became a publishing house». The two began by publishing their projects. It took them years to be able to invite artists to publish with them. «Now we are able to invite local-artists that did not have the chance to publish their works before». The bookstore’s knack is publishing debuts as well as guiding artists who are at the foundation of their path into the world of photography books.

Encouraging freshness and naivety in ideas

Guimarães and Casanova do not embark on projects that are ready to be printed or published. When deciding who to work with, they go with intuition. The duo, in fact, encourages freshness and naivety in ideas. They collaborate with people who work to build their practice – not their career. At XYZ Books, the focus is not aesthetics nor style. Guimarães observes, «when people come to us with a proposal, it can be difficult to see the beauty of the work. It could lack editing or presentation. Our work therefore is to see the potential behind a project and help the author grow without changing his or her message. It takes courage for the artist to accept what we suggest».

For Bénédicte Blondeau’s Ce qu’il Reste, a work published by XYZ in 2020, the process involved understanding what the artist wanted to say and editing its form by changing the approach to her idea. The founders’ take on editing implies participation. Guimarães and Casanova share an interest in photography. Nevertheless, their attitude towards editing differs, as do their personalities and art practices. Guimarães centers his projects on book-making. He is continuously researching on ways to speak about photography through books. Magazine commissions, portraiture as well as documentary photography are part of his activity as a freelancer.

Since his college years, Casanova has been working as an artist, engaging with photography and the book format. Speaking of their collaboration, he says, «when we disagree, we continue to work and discuss the topic until we agree on something. To be able to do that, we separate our tasks between design and editing». Depending on their connection with the artist, or their understanding of an idea behind a work, the founders decide who gets to work on each aspect of a project. This is the foundation on which they build their editing process, which they have refined by working together.

«Our program is based on giving tools to artists and photographers that enable them to think about how to create a book, facilitating them to develop ideas and concepts», Casanova says. When the duo kick-started the project in 2013 in Lisbon’s Chiado area, there were two other photography bookshops in Portugal. One of them was an appointment-only store in Lisbon which hid in a residential building. «Portugal is not Italy, France, or Germany. In these countries there is an appreciation for photo books and investment in buying photographs or books. For people to buy a book for fifty euros with nothing inside to read is a challenge».

Facing the street and creating an audience was one of XYZ Books’ goals, as was raising awareness around photography and photobooks, aiding Lisbon’s photobook community in its growth. After two years of activity, XYZ Books relocated to Anjos which, due to its housing prices, is an area that has been populated by artists, undergoing a process of gentrification. Moving to a residential-neighborhood meant getting away from tourists and crowds. This allowed them to invest their time in visitors who had an interest in their activities. There they teamed up with a web design company called Our Company to create Ilha, a nonprofit organization dedicated to the discussion and promotion of artistic practices.

Ilha – whose name identifies the space and means island in English – acts as the wireframe for XYZ’s projects and hosts its endeavors. Its premises house four inter-disciplinary projects: an exhibition space, a bookshop with a focus on photography, a printing lab and a studio space where individuals and companies active within the world of design and photography share their headquarters. Having a space for artists to work in, print and exhibit brought the founders to launch XYZ’s residency program. Sustainability was also a requirement for the program to begin.

The team has been looking for ways to fund it with the help of third parties. The Portuguese government is going to support this year’s four residencies. The next step will be to make it public. For a month, guest artists that join XYZ’s residencies have access to an apartment, a work space (that becomes an exhibition space at the end of their stay), high-resolution scanning and printing facilities, bookbinding workshops, and meetings with the founders and local designers, artists as well as curators. The outcome of each residency is a book dummy and a show that introduces Lisbon’s community to the work.

Guimarães and Casanova, who have been coordinating XYZ’s exhibitions, are going to appoint a curator to structure their exhibition program to concentrate on their activity as a publishing house. This would allow them to build the resources to expand their goals to fund their projects. Their exhibitions were made with no budget. The founders, therefore, were able to invite artists, and pay for their travel expenses and accommodation to show their work in Portugal for the first time. A criteria the duo prioritizes when choosing whose practice they are going to present.

XYZ’s activity as a research center unfolds during residencies and workshops, which they organize by introducing participants to editing and sequencing, and techniques like bookbinding and printing processes. It is a way to give practitioners the tools to create out of the box. «When we work on our research, we are on the lookout for techniques that allow us to diversify our language», says Casanova. «There are no rules set in stone. We are open to test binding techniques, print on non-conventional media, or combine methods. We, in fact, allow and welcome experimentation», adds Guimarães.

XYZ’s targets are image-based works or projects. Regarding the bookstore’s selection, the founders collect items they would buy for themselves. The majority of the books in their catalogue also involve a relationship with the creator. They could be artists who came to visit XYZ Books, or books made by friends and acquaintances they met at fairs. A context they rely on as it represents the source for their book supply. The duo’s future plans involve reducing the scope of the bookshop’s collection and devote their efforts to publishing. Their goal is to improve the project’s sustainability by implementing a system that can survive by itself. This would then allow them to hire staff, not worry about sales, and grow.

Further, in January 2021 the team opened XYZ Prints, a studio and printing space dedicated to fine-art printing on demand, high-end scanning and film processing that ships worldwide. This acts as a complement to XYZ Lab, a service that provides services like film processing, scanning and large-format inkjet printing to the community, which offers assistance with the technicalities of book publishing.

Casanova defines Lisbon’s artistic context as split in compartments and groups that do not mingle or share their experiences. «It is a matter of ego», the founders assent. «If we consider the world’s photobook community, everybody knows each other, but the neighbors in our building do not know what we do. If we bring our artist friends and photographers into the space, one wouldn’t say there is an art scene or a culture hub in the neighborhood», says Casanova.

In 2021 Guimarães and Casanova were invited to join Prata da Casa, a neighborhood group show exhibited in Bairro das Colonias, in Lisbon’s Anjos-Arroios area. Involving artists from literature, film, sound and photography, the project will culminate in an exhibition that is planned to open in March. This is a chance for the pair to get acquainted with artists who live in their street – who they wouldn’t have met if it weren’t for the project. Guimarães tells us, «the community is not ready. We are close in proximity, but artistically there is work to do».

XYZ Books is a bookshop focusing on photobooks in Lisbon, Portugal.