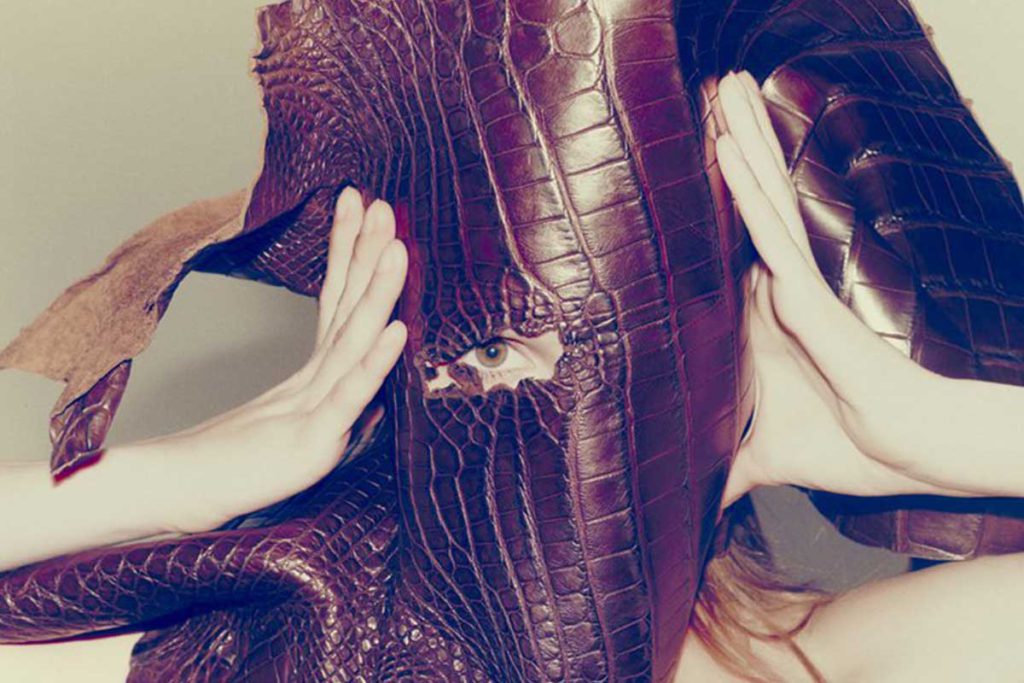 Dissecting the exotic skin trade: are luxury brands still responsible for the abuse of endangered species and what are they doing to counteract the global footprint?

In 2019, LVMH’s Bernard Arnault announced that each of the conglomerate’s brands would decide whether or not they wished to continue using leather and exotic skins. Vuitton stated to be committed to ensuring that 100 percent of their raw material would have been responsibly sourced. This would have meant that all leather goods complied with the global Leather Working Group (LWG). Today eighty percent of Vuitton’s leather is LWG certified, and by 2025, Louis Vuitton aims to achieve the 100 percent mark. According to trade data from the Convention on International Trade in Endangered Species of Wild Fauna and Flora (Cites), 11.7 million products made from reptiles were imported into the United States from 2003 to 2013. Animal welfare, as well as conservation issues, remain the biggest concerns when it comes to the exotic skins trade. It was in 2016 that the People for the Ethical Treatment of Animals (PETA) surfaced a video illustrating the shocking scenes that occur on crocodile farm in Vietnam in which metal bars were forced down their necks and skin stripped while they were still alive. Other investigations have revealed snakes being nailed to trees and skinned alive in Thailand or cut open with scissors. Since then, major brands have changed their entire transparency policy and pledged to ensure that skins are sourced from animals that are ‘properly’ cared for. Kering, the owner of fashion houses including Gucci, Bottega Veneta and Saint Laurent, has outlined species-specific animal welfare standards, as well as requiring complete traceability from suppliers. The fashion conglomerate also states that suppliers should not source any legally traded species that are near threatened, vulnerable, endangered or critically endangered. Meanwhile, LVMH, the owner of Louis Vuitton, Dior and Givenchy, launched its own standard for the responsible sourcing of crocodile skin in 2019.

When it comes to the preservation of these animals, the luxury industry is easily targetable when little was done to ensure the safe handling and preservation of their species for so long. The $20bn illegal wildlife trade, often sees illegal poaching which involves the mistreatment of animals, affects endangered species, and has links to organized crime networks. When it comes to the animals themselves, crocodiles, alligators, snakes and ostriches are most commonly used within the fashion industry for their skins. Despite calls for the fashion industry as a whole to ban exotic skins, some scientists have suggested this is not the answer—arguing that the legal trading of exotic animals can provide local communities with a vital source of income and encourage animal conservation efforts. One company excelling in innovative approaches to consider surrounding communities and sustainable sourcing of their raw materials is Louis Vuitton, who claim that in some cases, hunting allows for better regulation of over-abundant species, such as nutria in North America. Tegu lizards and pythons have reproduced at such an alarming rate in Florida that a certain bounty exists for to ensure safe and active hunting of the animals. The alligator population in the US has ballooned to such an extent that they are routinely responsible for human attacks in certain parts of Florida. What Louis Vuitton have made clear is that their efforts help sustain local populations and breeding plays a significant role in conservation when preserving the species requires preserving the habitats, thus enhancing their status. Their efforts to preserve alligators and crocodiles by reintroducing them into their natural environment or by educating local communities to live alongside them have had such an impact that these animal populations have gone from near extinction to a reasonable proportion living in the wild within a few decades in the US, a fact Louis Vuitton is proud of. In 40 years, the population was multiplied by seven. In 1974 there were 10 000 alligators in Louisiana — in 2016, there were 70 000. By ensuring responsible conditions, 10 percent of the alligators are released into the wild at the age of two for them to reproduce freely outside of the farms. This structure has maintained and helped the species of alligators flourish in the community.

A renewable rate of the species is higher than nature can produce. To this end, farming in responsible and ethical conditions can contribute to preserving species. The species of crocodiles the company uses is no longer endangered from the sourcing place as a result of the LVMH charter for animal based raw materials NSF, aimed at respecting the standards of ethics and animal welfare for their conservation and the society around their farms. Concerning reptilian or ostrich leather the standards are different as there are no international guidelines to measure up; the brand works with SARCA the Southeast Asian Reptile Conservation Alliance to establish a new standard that ensures that the leather used is approved ethically and responsibly. This work is in unison with their competitors and other actors in the global supply chain, governments and the IUCN or International Union for Conservation of Nature. Louis Vuitton works with suppliers in South Africa, and as part of a commitment with LVMH, the brand established a new standard to establish the main environmental and social requirements for the ostrich leathers. Some claim that reptiles are a solution as opposed to a problem when their increased value means for the increased incentive responsibility luxury goods companies, Indigenous communities and governments have to protect them. Opting for their ‘faux’ leather counterpart seems to bring with it unintended consequences for the ecosystem when petroleum-based products only append to the planet’s ongoing plastic crisis. When it comes to animal breeding and welfare conditions, LVMH has launched a new standard intended to reinforce the traceability requirements already safeguarded by the LVMH-owned Heng Long Tannery based in Singapore. Based on four pillars concerning the entire supply chain they involve: the preservation of the species and respect for local communities; the animals’ welfare at each stage of their lives, a healthy working environment for the women and men on the farms; and the protection of the environment. The reputation of the Heng Long Tannery is such that in addition to the Group’s Houses, it supplies other major brands in the sector. It is the first and only Leather Working Group (LWG) certified exotic leather tannery in the world since 2017, due to its environmental stewardship and its teams’ working conditions.

Traceability of exotic and semi-exotic skins and regular auditing

Since the beginning of the COVID-19 pandemic, the use of animal raw material has become increasingly controversial when roughly sixty percent of all known infectious diseases and seventy-five percent of all new or emerging infectious diseases originate from animal or zoonotic — meaning they’re transmissible from animals to humans, according the Centers for Disease Control and Prevention. In the context of the global pandemic, the breeding of such animals pose less risk in contrast to bats, rodents and primates, usually held in such close and unsanitary conditions, which are responsible for seventy-five per cent of all viruses transferred from animals to humans. Eighty percent of Louis Vuitton’s crocodile leathers come from farms that are audited or certified by the Crocodile Standard initiated by LVMH in collaboration with an independent expert body as a first in terms of sustainable procurement. When it comes to high procurement standards, LVMH has been committed to improving their methods with overriding concern for animal welfare throughout the certification of their skins and supply chain. By 2020, all the LVMH group’s houses were to provide full traceability of exotic and semi-exotic skins and to only accept skins from players that have adopted the highest standards for animal welfare, species preservation, respect for the environment and communities as part of the LVMH Initiatives For the Environment (LIFE) environmental program, created in 2013. It’s unclear if this has been achieved in 2021, but regular audits mean that 100% of crocodile skins purchased by Louis Vuitton come from certified farms. Independent auditors regularly audit their suppliers. To safely and accurately monitor their farms and suppliers, the luxury Maison regularly audit their suppliers in which the application of their standards is measured up and internally verified on a daily basis via inter-company working groups managed at the Group level, in order to provide operational support and hire a strike force through a joint effort should anything be flagged up. Annual Group-level reporting (of Indicators monitored by the Houses on a daily basis) makes it possible to monitor the status and track the progress.

The LVMH luxury goods conglomerate was formed in 1987 via a merger of Louis Vuitton and champagne producer Moët & Chandon. Now, it owns more than 70 high-end brands including Dior, Givenchy, and Marc Jacobs. Today shareholders are increasingly urging the need to pull away from using animal fur and exotic skins, but the global luxury brand is striving to find the most responsible ways to ethically and sustainably procure their leather skins.