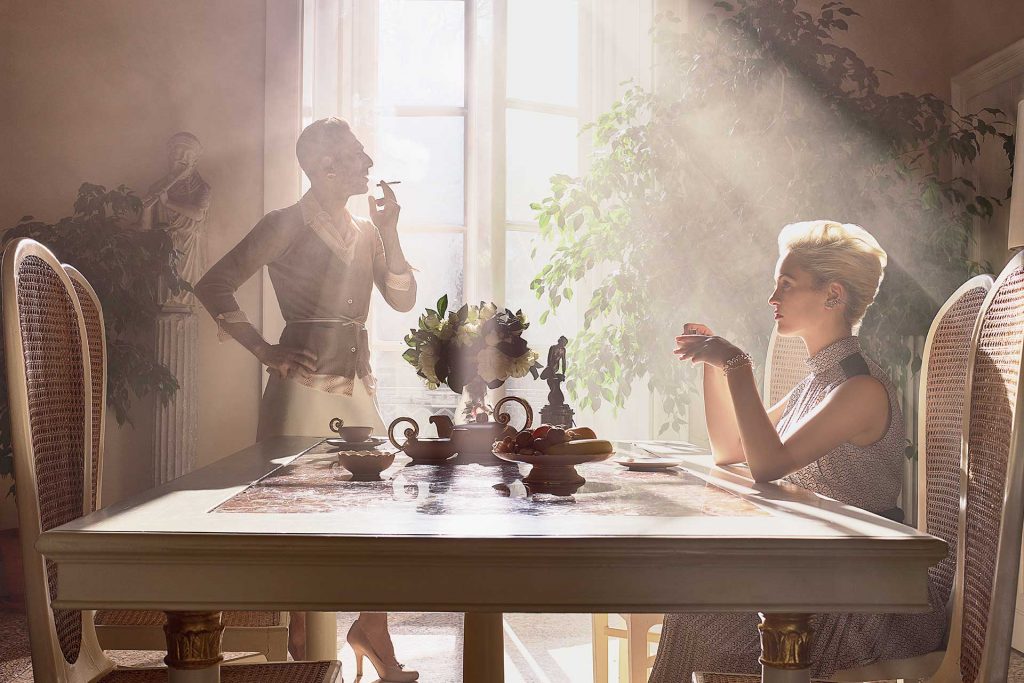 The Barbie and subbuteo – Who is afraid of the skirt

There are still many movies that come out in theaters in which the word ‘pussy’ is said to a man to make him lose all dignity. No worse insult than being called a woman.

Even today, in so many recent movies, the word ‘pussy’ is said to a man to remove his dignity. No worse insult to a man than being called a woman. And the other way round: if you want to say to a woman that she’s brave, strong and proactive, you tell her she ‘has balls’, a man’s prerogative. Some months ago I was watching a children’s film with my niece, only three years old. There was this kid, not good at sports, who got called a ‘sissy’ by everyone – girls included, obviously. My niece seemed to find it normal: it made me sad. I know what it’s like to grow up in a world where your sexual preference is used as an insult: I experienced it personally, and I don’t wish that on anyone. I wonder how it would be to live in a world where your whole gender is used as an insult. In 2016.

‘We started raising our daughters as if they were our sons, but few have the courage to raise their sons as if they were their daughters’, Gloria Steinem wrote. Genders have become more fluid over recent years, but, when this initially meant that women got closer to men’s ‘customs and practices’, the other way round – men getting closer to women’s ways – still meets a consistent resistance, even where you wouldn’t expect it. How is that possible? The answer may be sadly simple. The male gender is still considered the strongest, the one you should aspire to, while the female one is subconsciously considered the weakest, the one you should disenthrall from, or at least improve. A woman who becomes more like a man is wisely upgrading, a man who becomes more like a woman is unforgivably downgrading.

The only exception to this rule is when the ‘female universe’ opens career options. In that case it is not unwise, for a man, to enter it. The best paid chefs, fashion designers and hair stylists are indeed men. Which means if you have to cook for the little ones or hem grandmother’s nightdress, it’s up to her; if you have to get Michelin stars or design the clothes for Katy Perry’s gigs, it’s up to him. Female clothes may come in handy when a man wants to look spiritual too, as evidenced by clergymen, shamans and wizards, regular wearers of skirts. Unless you’re from Scotland, that’s all. As burners and sewing machines have nothing to do with the real feminine essence, so skirts, make-up or curls aren’t but the traditional symbols of the woman, born in cultures that were almost always ruled and designed by men. To get rid of these symbols may be hard for a woman, but to conquer them is an inhuman task for a man. Machismo is not only the base of sexism, but also of homophobia, often internalized. There’s a whole jungle of apps and social networks ‘just for men’; yet, the most requested blokes remain the not effeminate ones, as if it were an insuperable handicap. David Bowie, who just left us, was one of the first rock stars not to care about gender boundaries, presenting us with a fluid, androgynous and confident image. May he rest in peace, and come back any time he likes, in the form he prefers.

Old habits, unfortunately, die hard, especially if it’s not a rockstar we’re talking about, but a management consultant. A couple of months ago, on a newspaper website, I read a report entitled The story of Stefano-Stefania: «I dress like a woman, but I’m still a man». In the report, Stefano tells his life as a husband and father who loves big cars, football and action-packed novels – a life in female clothes. Looking at Stefano confidently walk in heels, with a bright-colored suit, half-bald, unafraid of the attention he draws to himself, one can’t but admire his courage.

I remember very well when I decided to crush my female side forever, the side who loved to play with Barbies or elastic bands, to make plasticine cakes and comb my mother’s fine hair: I was only five. I soon learnt all that was unacceptable: I gave away my Barbies and I started to collect, with no enthusiasm whatsoever, Subbuteo football teams. To play a real man you don’t need a real man; you need someone who doesn’t have the guts to be himself. Someone who thinks the comfort of homologation is better than the adventure of his own uniqueness. To call a man ‘pussy’ is a compliment. A man embracing his feminine side is, most likely, a better man.