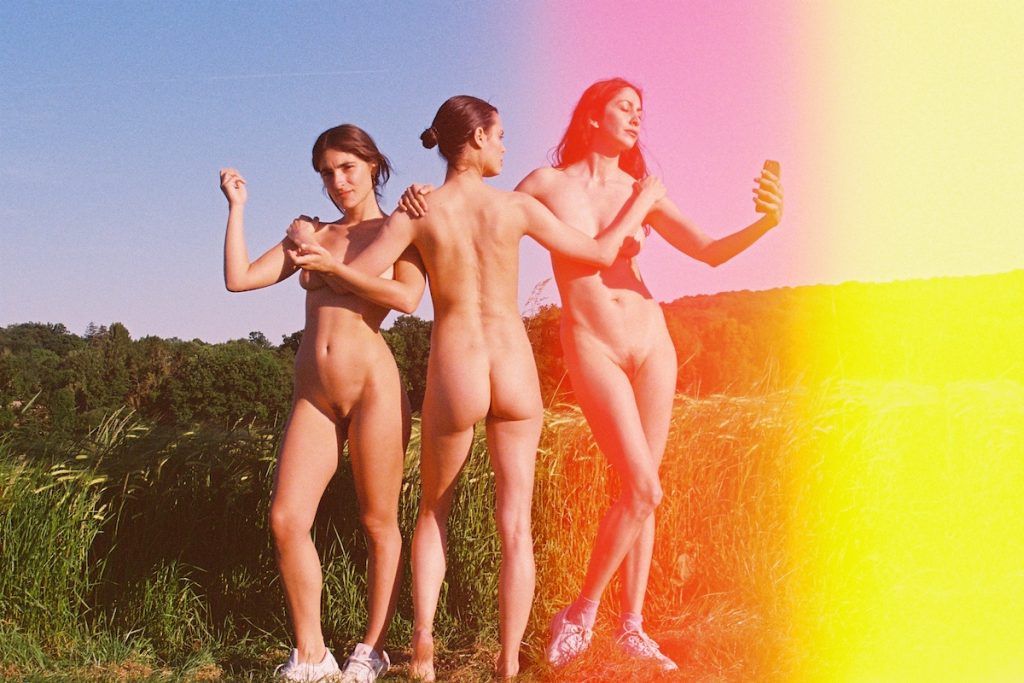 Nudity: the flesh, the body, and the divine in the character of Planthropocene

Body is sacred, nudity is art, and nature is a living being. Bianca Lee Vasquez seeks the veracity and the reverence nature holds with living beings: «We need to see divinity in one another»

Bianca Lee Vasquez grew up in a household where her family practiced Christianity. Between reading the Bible and passing the verses and teachings onto her, Vasquez was taught about the separation of the flesh, the body, and the divine. While she has absorbed this information, Vasquez shies away from shouldering such a philosophy in her work. As an artist, she harbors on rituals and weaves webs between flora, corporeality, and the unconscious to promote and establish bonds with the land. She had left the job that firmed up her income. She deviated from working in a studio, buying materials and garments for her use, and creating works that worked. «I am a matter, and my body is divine. If we fail to believe that an inherent divinity matter exists, this may source the roots of our problems. How can we care for ourselves and our nature if we desert seeing divinity in one another?». She tackles the thousands of years our society has put up with patriarchy. The female body has been suppressed and measured to a scale of how it weighs value, bears desirability, and can be of use to men. «We have to undo these codes. They do not give us the power to choose when our body has a life, system, and purpose. I changed the way I envisioned my body when I had children. This apportions power to me and my body. I underpin its essentiality as an art, with the absence of sex».

Vasquez takes part in her photographs as a woman who decorates her body with tendrils while she lies down on a wooden bench with her eyes closed or as she looks at the camera with her hands grazing on the leaves. In one photograph, she stands on a tree’s remaining trunk, her naked body exposed in the woods where trees huddle and the sunlight filters through the branches and leaves. A portrayal of belief in the body’s sacredness finds its space in a photograph where three ladies, including Vasquez, sway their hips and hands and pose that resembles the goddesses of mythology, covering their breasts with each other’s arms. A naked man climbs up a tree, embracing its bark as he moves up and permitting their skin to mingle as one. «We take in oxygen just like animals and plants, but we lack the capability and power to photosynthesize. When we take oxygen from organisms and water, put it into our body, it imparts the bond we have with nature. We own vibrations, and when we walk, we open ourselves up to those energies».

The symmetry between the trees, the plants, and the vigor that human beings cradle. She envisions an exchange of energies as cognizance comes from being alive and not from the brain. She describes how mindfulness requires no nervous system. As sexual beings, people equate nakedness to sex. While growing up, Vasquez witnessed how nude images represented eroticism. Its normality takes inspiration from the absence of nudity representation as art and as it is, infusing it instead with a purpose of seduction. The acceptance of nakedness requires time as the sense of taboo in exploring one’s body and embracing one’s curiosity to it pervades. Vasquez dismantles the stigma of shame that envelops human beings when they traverse what their body desires. Stripping the fear of touching one’s body and having the ability to do so may alleviate the guilt that persists. «In the West, the strong influence of Christianity endures, which fondles with one’s guilt. We become ashamed of our body and sexuality, but is it only that?».

When Vasquez commenced nudity in her art and performances in 2015, she battled with confidence to let her family know of the venture she crossed. She knew they would disapprove of the undress and may even equate such actions to pornography. It took her six years before her confidence regained its foothold, and she presented her art to her family. Drawing from this episode, she inoculates the optimism of bulldozing the stigma over nudity in her art. Her photographs are a combination of black-and-white and colored photography. Vasquez has studied the facets of Anthropocene and has been reading about Planthropocene, a term coined by Dr. Natasha Myers of York University, which cultivates a practice that fosters the relationship between plants and human beings. «We can switch our way of thinking with the living world by perceiving plants with reverence since they heal us and they give us food to sustain life. If we consider plants, talk to them, imagine how it would be to become like them, then we nurture a relationship with them and our nature». She supports the intellectuals, scientists, activists, and artists who spread the word and enlighten the societies about this cause. For Vasquez, a well-informed public drives this lifestyle’s engine, but in our era where technology rules, the abundance of information on hand fails to reverberate education and depth in comprehension.

Although Vasquez is at the helm of the pro-Anthropocene pursuit, it does not have to go hand-in-hand with art. The term sustain fails to suffice. «I advocate Anthropocene as it moves beyond sustaining the soft-apocalypse and ruining the planet to the point of no return. It exhibits changes that imbibe radicalism». When she hears people say that our planet needs saving, she attempts to understand the origin of such a perspective since no longer does it point at saving the planet, but ourselves and the habitat we inhabit. «Nature does not take revenge, as it requires human activity. I saturate my visual language with this consumption of solidarity between plants and trees. It restructures the social system as it honors the camaraderie and brings into the forefront what is often in the background of our lives with the living beings». Vasquez practices Mesoamerican and Inca rituals, derived from her Cuban-Ecuadorian roots.

Bianca Lee Vasquez
Born in Miami with Cuban-Ecuadorian origins, she is based in Paris and is represented by Galerie Bubenberg.