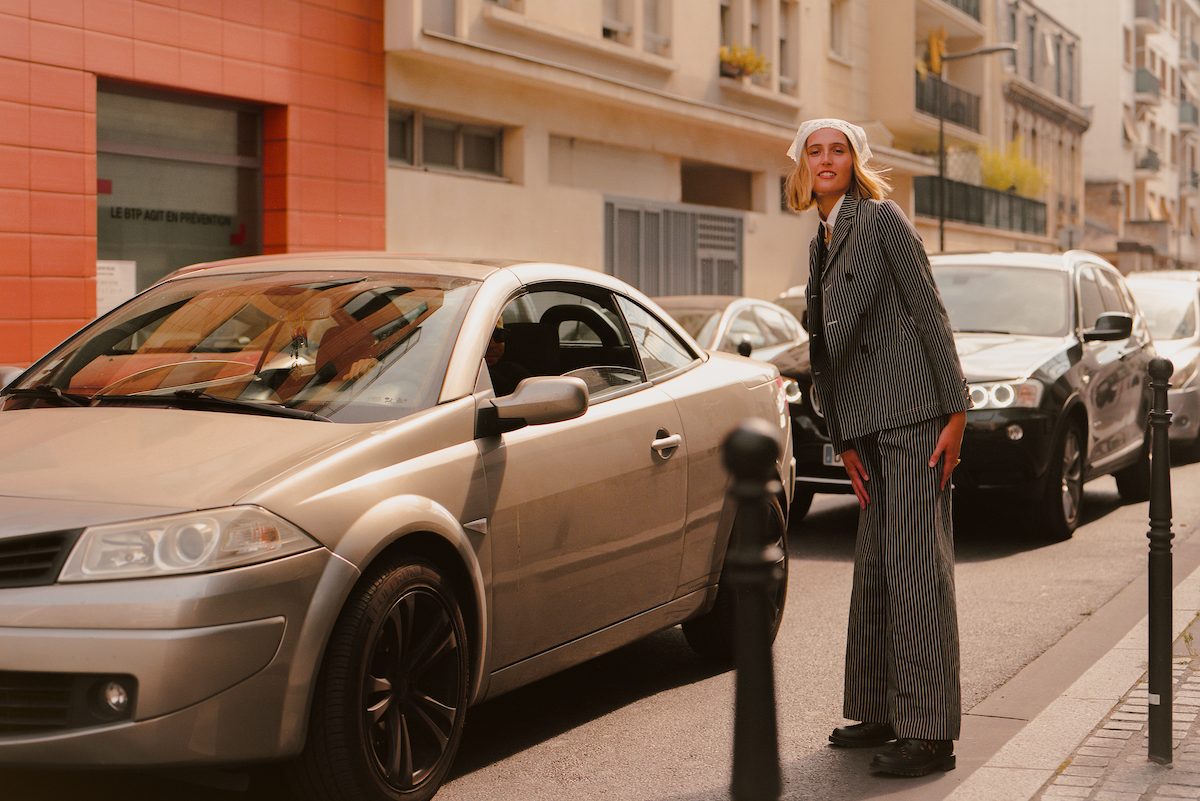 Chiuri’s vision drew inspiration by cultural anthropologist Ernesto De Martino’s Sud e Magia, a 1959 essay on Southern Italian ritualistic traditions. Apulia is renowned for tarantism, the belief that people could become possessed after being bitten by a tarantula and could be saved through a musical exorcism; the book reviews some cases of young women healing from their apathy and melancholia by dancing the tarantella. «It’s likely they were simply depressed» suggests Chiuri. «I came up with some ironic drawings, where the roles are reversed: the spiders are jumping around and the women keep the rhythm on the tammorra. I wanted to carry this heritage of traditions into the future, so that it could be seen with a different perspective. Apulia has its roots deep within me, it resonates within my genes. I remember when my mother and grandmother would spend the evening weaving just outside the house. Traditional female work has great value, but it has never been recognized as anything more than house chores. I return to Apulia every year — there’s the risk that the passing of time will change things, but one should never betray their roots».

Chiuri, born to a Roman mother and an Apulian father and grown up in her paternal region, leads us through a journey in her memory: an immersion in the land that nurtured her during her childhood, and that welcomes her back every year. Chiuri spins a tale of the Apulian Salento by speaking its language of earth and stone, by invoking its century-old handcraft and awakening the ancestral quality of its music and dances under the walls of its Norman and baroque castles. A land striped with fields and orchards, dotted with twisted olive trees and whipped by the sun and brackish wind bears, witness to Chiuri’s dialogue with the artists of our time. Inside the geometrical perimeter of Lecce’s Piazza del Duomo, the haunting sounds of pizzica and taranta surface from Paolo Buonovino’s orchestra, enclosed in a gloriette under a myriad of lights. Singer Giuliano Sangiorgi’s passionate rendition of Domenico Modugno’s Meraviglioso by hovers over the empty square, an elegy in suspension.

In his 1960 autobiography Pellegrino di Puglia, art historian and Sienese restoration theorist of Cesare Brandi defines Lecce as the most architectonic city in the world: The streets of Lecce are so narrow that the facades are seen from the bottom, so the most visible are the corbels of the balconies. The exterior architecture of the building becomes the interior architecture of the street — hence the architectural impres- sion that Lecce produces in the observer, who realizes they are inside a system. Urban planning and design become one in the light of the streetlamps. In Cesare Brandi’s eyes, Lecce doesn’t live through its isolated monuments — a baroque that reminds some of pastries, some of vernacular plateresque, and others of the Spanish or Mexican tastes. Piazza del Duomo is a courtyard accessible through a large doorway, open under the sky like a terrace. The mysterious and precise proportions that exist between the height of the bell tower and the width of the churchyard, the bottleneck structure of the entrance, and the small loggia at the back, determine such a confident indentation of volumes, such a healthy fracture of the perspective alignment, that one can never grasp the reason for the prodigious, tight balance of the square».

Marinella Senatore covered the show with a parade of polychrome lights. Screens carried feminist messages, a theme dear to Chiuri that has emerged in each of her catwalks since she settled in Dior. Marinella Senatore’s work stands as a manifesto of militancy and resistance, where political protest contaminates theater, music, and cinema. Performances, paintings, collages, light installations, videos, and photographs all focus on social and urban issues such as emancipation, empowerment, equality, community systems, and working conditions. «Luminaries» explains curator Paola Ugolini, «take their name from the Latin lumen per aeria, they once consisted of oil lamps that at night seemed to be suspended in the air. Senatore uses them as a reconfiguration of the common space and as a catalyst for social change».

The luminaria was born in the popular culture of southern Italy as a decorative element used to recreate the silhouettes of cathedrals, temples, galleries, and other city architecture. «Although inspired by that cultural element» continues Ugolini, «Marinella Salvatore subverts the meaning of the operation, transforming it from a ephemeral element of festivity, in an instrument of aggregation with political meaning. Since 2006, Marinella Salvatore has been carrying out projects in which the public actively participates in, involving the community in the genesis of collective works. Her work is a political and feminist operation of destructuring the creator-user pyramid». Fragments in various languages chased each other between the arches of illuminations that enclosed the cathedral square. Ninety looks for forty-five models emerging from the darkness in the deserted square, pulsating with colors and with the notes of bagpipes, accompanied by the moves of the dancers.

Maintaining baroque references, the sartorial tradition of Salento takes a new shape. Agrarian-chic clothes and heads crowned by handkerchiefs, young women walk proudly on polished stone as if out in the fields. Prints of poppies and wheat, fantastic bestiaries, rosettes, and astrological cycles carved in the Apulian Romanesque cathedrals. Hieratic black and white, broderies made of straw or in vivid tones, gold, and fluo, inspired by the luminarie or fireworks of religious festivals and celebrations. Vests, aprons and leather bustiers, patchwork, and sheepskin create a pastoral-hip flavor. Other dresses have pointed hems composed of auspicious mouchoirs. The Bar jackets are made with fabrics from the Le Costantine Foundation — fabrics born from manual craftsmanship that give emancipation and independence to the women who weave them. An artistic production where every mistake becomes a new cue for experimentation. «We have embroidered on our skirts the Le Constantine Foundation’s motto, Amando e cantando» adds Chiuri. Artisan techniques that women have handed down from generation to generation: lace and pleating, macramé, and crochet. The long, striped canvas skirts are from a weaving mill, founded in the 1950’s and run by brothers Massimo and Gabriele Liso. This workshop reuses the bags used in tobacco farming for their yarn, weaving it into mattress covers. The light peplums float in the air, recalling the marble goddesses of the National Archaeological Museum of Taranto, which houses Hellenistic treasures as a bronze Zeus.

Agostino Branca is a master ceramist who has helped restore this centuries-old art in the capital of Salento. He created painted plates that associate elements and colors of the local flora with the symbols of the Tarot, an esoteric addition linked to the creative and personal history of Monsieur Dior. In his workshop, Agostino works surrounded by women, debunking the prejudice that has always seen this activity as a male prerogative. «Painting on ceramics means applying coloring oxides on the form and entrusting it to the kiln» he says. «The firing was a ritual that was carried out in a religious way, even inserting a statuette of the patron saint next to the objects to be baked, before closing the door».

Film director, screenwriter, documentary filmmaker, and actor Edoardo Winspeare, born in 1965 from an ancient Apulian family of British origin, collected in a film the mosaic of artisan and artistic stories and the social and semantic message defined by Maria Grazia Chiuri. In 2004, Winspeare was the main promoter of Coppula Tisa, a non-profit organization that aims to restore the areas of Salento scarred by ruthless and illegal construction. It promotes actions of reclamation of the landscape, restoring natural areas under the condition that no building can be permitted on their ground, with the aim of returning them to the community as a collective good 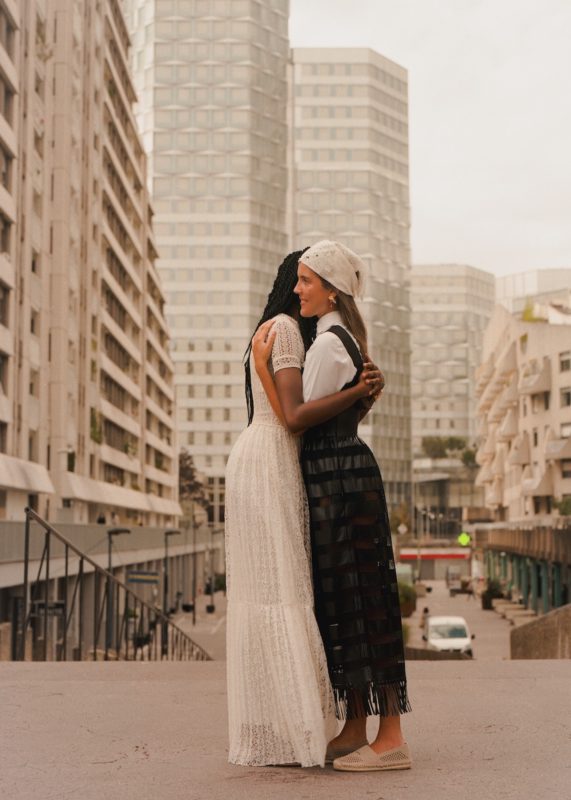 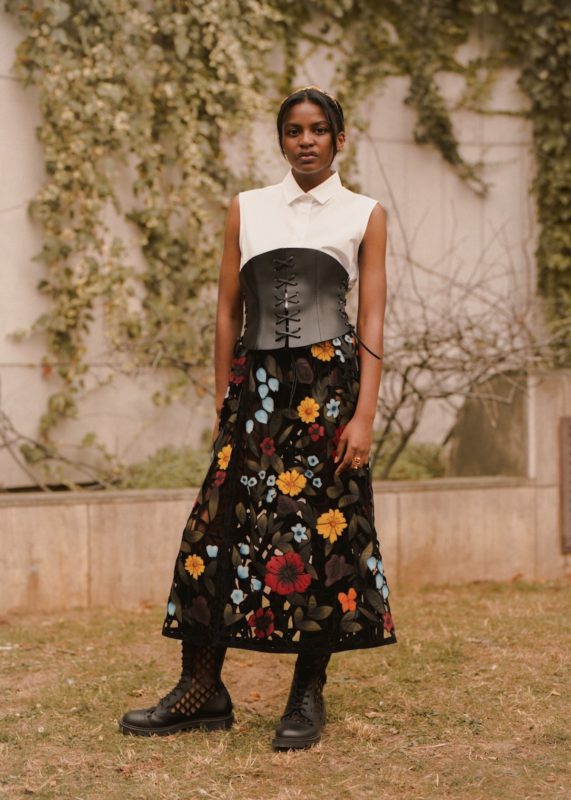 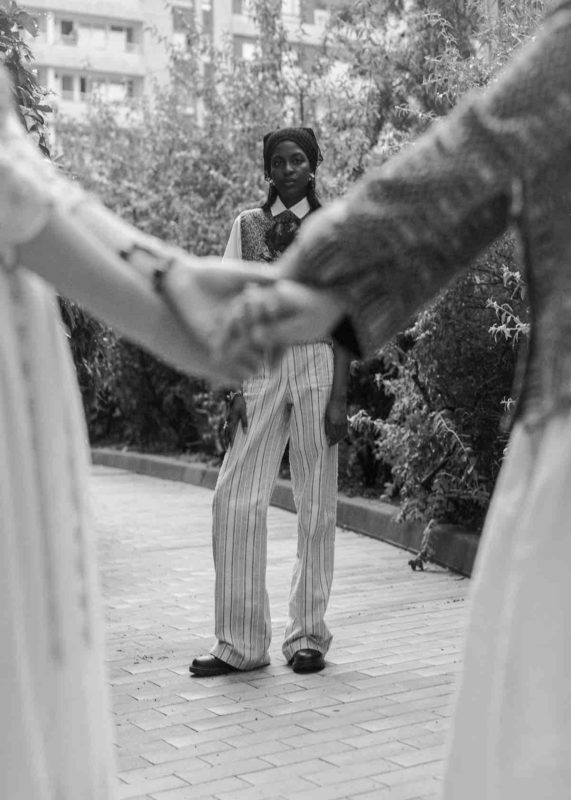 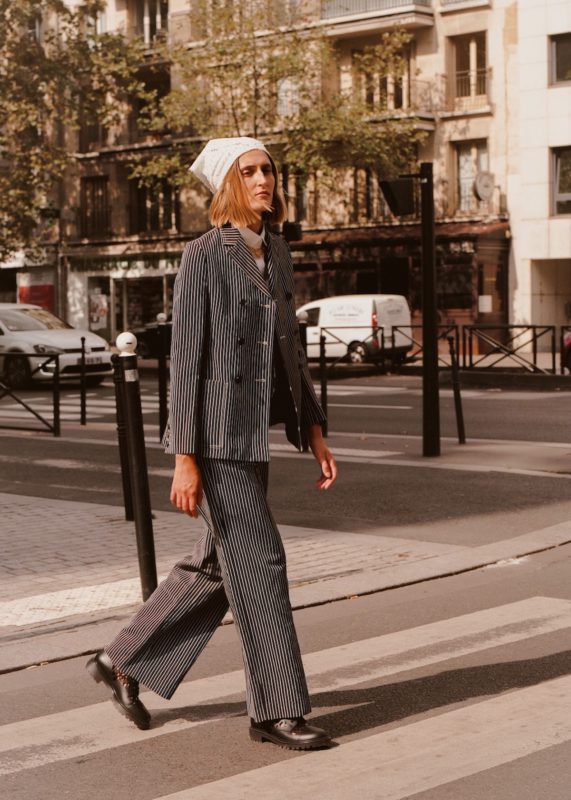