Self-acceptance in collages of clothing patterns and pornography

Tracing his journey towards discovering, concealing, and finally freely expressing his sexuality, James Robert Morrison links acts of creativity with those of self-gratification

James Robert Morrison’s 2019/20 collages mark the artist’s return to his studio, practice and past after a hiatus of seventeen years. Abstract and figurative, Morrison’s collages bring together elements such as gay pornography, embroidery, and paper clothing patterns. The elements symbolize the stages of the artist’s relationship with his sexual orientation. When Morrison was eleven years old, he found his father’s hidden stash of pornographic magazines. Morrison also found himself drawn to the single page each magazine dedicated to a male model. The North East Scotland town he lived in stigmatized homosexuality, it was only in October 2019 that the Scottish Parliament passed the Historical Sexual Offences (Pardons and Disregards) Act 2018, a law which issued a formal pardon to men, living and dead, convicted of having consensual sex with other men, before it was decriminalised. At the time, the year was 1990, the AIDS epidemic was still being referred to as the ‘gay disease’. As a result, Morrison had no positive associations with gay culture, no language that would name and free his desires, no ‘out and proud’ role models, and no access to the resources necessary for authentic self-acceptance. «I didn’t grow up as myself; I grew up playing a version of myself, sacrificing authenticity» says Morrison. As an adult, he continued to grapple with expressing himself fully; concealing his sexual orientation while amassing a collection of gay pornography. Morrison finally came out around the same time that he started creating collages, which illustrates that art, sexuality, and authenticity are linked for him.

Conceptual artist John Stezaker described collage as a form that expands the consciousness by allowing an examination of one’s artistic, intellectual, and cultural consumption. In his collages, Morrison explores how his influences – pornography, stigma, and artistic pursuit – shaped his relationship with being gay. By using images from his own collection of gay pornography, Morrison invokes his boyhood consumption of magazines that revealed unto himself an inner voice that resonated. He invokes another, later version of himself by using embroidery; the inclusion of clothes deconstructs Morrison’s years of hiding his sexuality to protect himself. But the interplay of pornography and clothing subverts the concept of concealment; while clothing is usually associated with covering skin, the clothes in Morrison’s collages don’t hide or desexualize the male bodies. They draw attention to the bodies, framing them, piquing interest in them, and accentuating them. For Morrison, collage and embroidery aren’t limited to their function as visual elements; he values them as techniques as well. The process of collaging helps Morrison gather the notes and cultural studies that lead to his final artifacts. As Morrison experiences it, embroidering is a therapeutic, contemplative process that is thematically consistent with what drives his art: sexual identity and expression. Morrison draws a parallel between the act of embroidering and the act of sex or masturbation, describing them as «emotional, repetitive and physically enduring tasks». 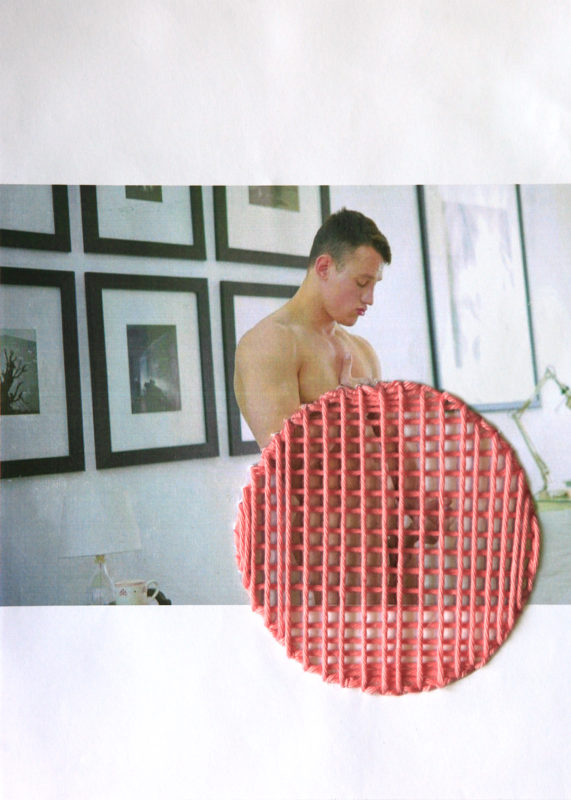 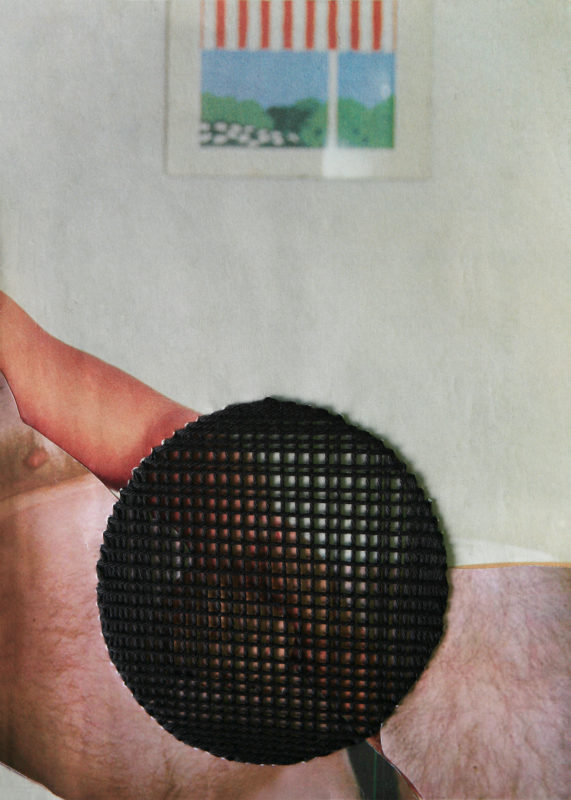 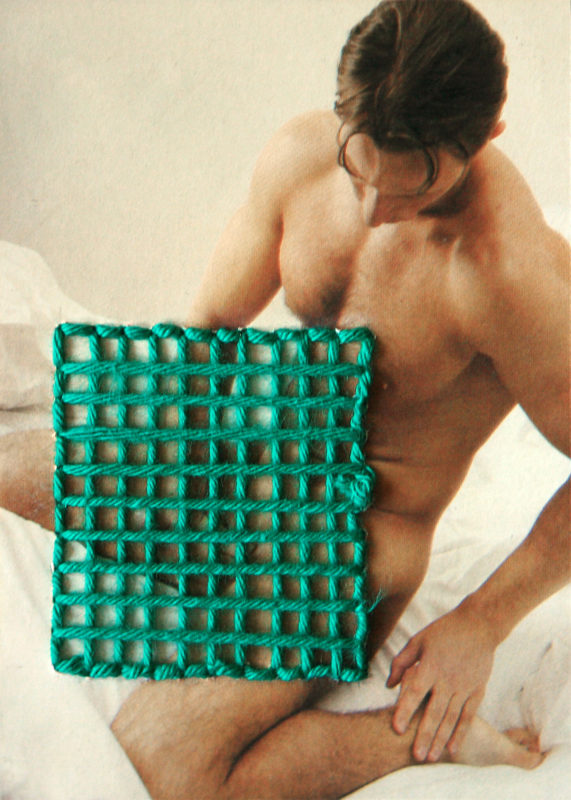