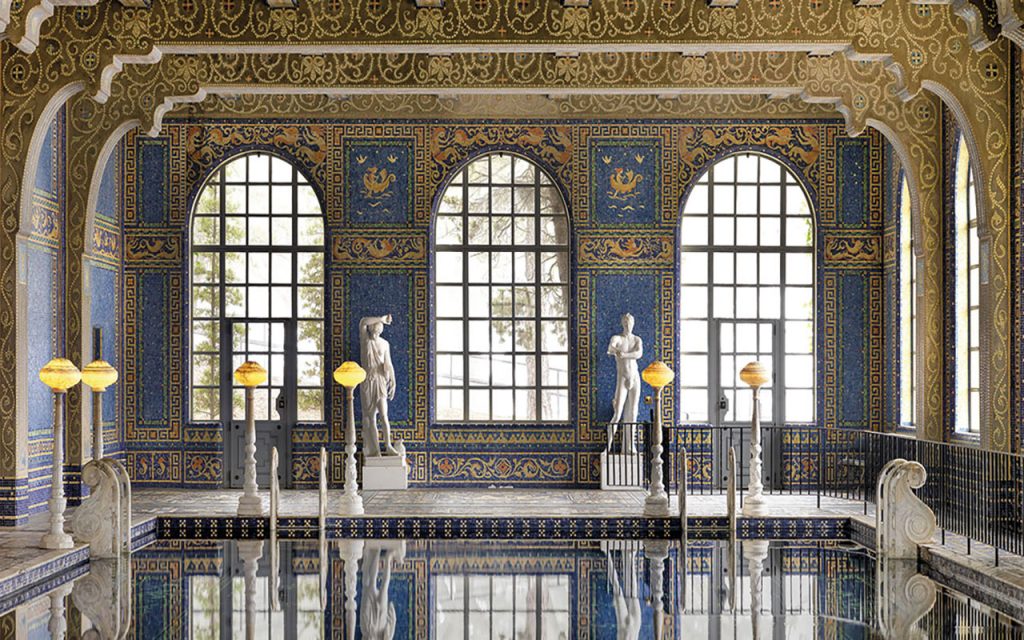 Massimo Listri – The signs and testimonies of taste

Massimo Listri set out on his journey in photography at a very young age without any hesitation, following an inevitable vocation

Massimo Listri – a figure with a thousand elusive virtues

It is difficult to follow his steps and progressions, hard to interpret his visionary developments and passions – in particular related to collecting – whether they have been cultivated forever or are as sudden and violent as waves in a storm. His emotional temperature, expressed however by a waxy coldness, is always extreme and implosive. Massimo reminds us of one of those characters that emerge from the Caravaggio-like chiaroscuro of the paintings by Mathias Stomer, Bartolomeo Manfredi or Dirck van Baburen. Contours suddenly whipped by beams of livid, nebulous light possessed by evanescent lemurs, by fleeting electrical apparitions. Listri – born in 1953 under the sign of Aquarius – has a thousand nuances of existence and curiosity, a thousand evolutions and orbital revolutions. A multifaceted character, with mysterious tendencies that are frequently intense and provocative. Fragile, hard and implacably stubborn. Suddenly submissive and as seemingly harmless as those lazy, ferocious Persian cats he so loves, Listri is an oxymoron, a total contradiction in terms. Collecting is the real common thread running through his work and life itself, the backbone of a progressive and pressing narrative. He has collected everything, decanting this river in full into his Florentine Shangri-La, which at first sight seems to be the result of the accumulation of generations. Instead, it is a work that is entirely due to him, built up over the years with a maniacal daily visionary quality when it comes to design. Demiurge by images – Vittorio Sgarbi defined him as the photographer who invents beauty – but also the inventor of magnificent interiors.

Fang African sculptures and rococo chinoiseries from Lucca, sixteenth-, seventeenth-, eighteenth-century and neoclassical portraits, funny rarities, Song jade carvings, Iranian and Mozarabic lustre-glazed plates, bronze firedogs by Caffieri and photographs by Horst, neoclassical busts by Trentanove, Bartolini and Adamo Tadolini, next to extravagant Provençal santons and a series of nineteenth-century lamps in antique pink opaline decorated with the Demidov coat of arms and initials originating from the famous villa in Pratolino. A horoscopic waltz interwoven into the background of Gustavian décor reminiscent of Haga and mixing in Mannerist and Baroque style, with the hallucination of the grotesque. Pavlovsk’s telamons lead into this Schatzkammer that always surprises and manages to win over even the most prejudiced and blasé visitor. There is no possible limit for Massimo Listri. The imagination must travel freely and stray everywhere in an almost anarchical manner, to then nevertheless rediscover a unifying aesthetic sense in this incandescent magma, to achieve a choral harmony that identifies a cosmos made up of dissonant voices and apparently incongruous fragments.

«It is history, the revelation of an epic or a fundamental passage of time». confirms Listri. «That I existence was as adventurous and animated as a soap opera. I imagine them concentrated on reading, as they search for Pasolini to Montale, from René Clair to Federico Zeri, through to the Anglo-Florentine par excellence, the legendary Sir am looking for and what strikes me most in every single element of this story. And a sort of immediate fascination, of ‘foreseeing’. It pleases me greatly to know, for example, that some of the volumes I possess, marked by coats of arms or bookplates, sometimes even thickly annotated with remarks or comments, containing dedications and thoughts, belonged to popes and cardinals, to King Charles III of Bourbon or to characters like Napoleon, to the Empress Joséphine de Beauharnais or to her sister-in-law Carolina Murat, the Queen of Naples whose them and caress them on the shelves of their private libraries. To me, some books appear to be imbued with the soul of their previous owners, they are media of metempsychosis, bearers of a dialogue that for me takes on unceasingly inspirational value». Massimo Listri set out on his journey in photography at a very young age without any hesitation, following an inevitable vocation. It began with a gallery of black-and-white portraits in square format depicting great European twentieth-century personalities, from Harold Acton, nestled amongst the artistic treasures and the box hedges of Villa La Pietra, on the Via Bolognese. Acton, the historiographer of the end of the Medici era with a shadowy and literary life – it is no coincidence that he preferred fin de race such as the Grand Prince Ferdinando or the degenerate Giangastone, the last and scandalous Grand Duke of the House of Medici, in the early eighteenth century – is the authoritative and exceptional witness of a lost and sophisticated Anglo-American universe formed in the mid-nineteenth century, which had found its location of choice in the hills around Florence. Rare and precious objects, knick-knacks and the misleading allegories of the Nordic Mannerist and Baroque Wunderkammer, the psychological and maniacal implications which, to a shrewd eye, a collecting story always reveals, totally fascinate Listri, becoming the leitmotiv of his poetics.

Meditations for images that tell their story in his long collaboration with FMR, the paradigmatic magazine founded by his friend Franco Maria Ricci. A goal for Listri which both sensually caresses and surgically sections the objet, which tries to deduce the entities that inhabit it and to capture its narrative and symbolic value. Elsewhere, the composition is connoted in a mystical drift, reminiscent of freely between art and décor, between enchanted gardens and grottos and sumptuous textiles, between fashion and feeling, between necromancy and an escape into the world of archaeology or stone. Then came the pieces of architecture and the fleeting canon of even incommensurable spatiality, the agitated and progressive escape of Leibnizian perspectives, one inside the other like Chinese boxes, the kaleidoscope of the decayed, centrifuged decoration, made liquid on an orthogonal axis that becomes a mantra. Enfilades of empty halls inhabited only by the memory of a sumptuous past, marble floors like flying carpets and Escherian damiers, galleries marked by theories of mirrors, gilded stuccos and sculptures suddenly descended into a blue, metaphysical dimension, relics of furniture and the rhythm of vaults sometimes in ‘vegetable’ rooms obscured by dust, oxidised by oblivion. More than ever, the vivid style of Luis Barragan, the greatest Mexican architect, hovers in the colour and abstraction that defines it. The horror vacui with a colonial stamp from imperial Brazil blends with the surreal dream of L’année derniere à Marienbad, a film that Alain Resnais shot in the early Sixties in an allegorical and rocaille Bavaria. The seventeenth/ eighteenth-century libraries of Central European convents and palaces, a map that spreads to Vienna, Prague and Poland, from Melk to Seitenstetten Abbey, from Goethe’s Weimar to the Girolamini in Naples, are locations of incessant discovery for Listri, a greedy collector of valuable ancient books.

A seventeenth-century Hispanic still life, staging a suspended and tonal conversation, flat and controlled in appearance, but in reality disturbing and ambiguous. Tirso de Molina, Lope de Vega and Juan de la Cruz overlap in the same suspended bodegón, escaping any rational analysis to change colour in the fantastic, in the picaresque, in the dazzling and hieratic metric of an arcane qabalah or an auto sacramental. The physiognomy of Franz-Xaver Messerschmidt, the cold 1930s classicism of Arno Breker, are resolved in close-ups devoid of any judgment and participation, and transformed into psychoanalytical mirrors brimming with questions and pulsations that are impossible to define. Seventy-eight books produced by the Florentine photographer, as part of an investigation into representation that ranges. His images feature ethereal presences, by spiteful monaciello monks and emblematic projections of greatness. In Versailles, behind the theory of the official salons of the ancient Bourbon court, neglected areas, especially from the Restoration period, are revealed, volumetric nebulas with walls stained with damp on worn brocades or distressed marmorino. There is Walhalla by Leo von Klenze, on the Danube in Regensburg, with its Doric columns, both heroic and warlike, and the Galleria Lepanto in Palazzo Colonna in Rome, brimming with splendours like Ali Baba’s cave. The images depict powdery stucco and pure white, echoing walls, fauve or Mozartian colours dusted with gold, neoclassical purisms modulated by decorative stringed elements and shades that are matching or in direct contrast.

The opposite of his Florentine house, which overlooks an unexpected garden completed by concentric boxwood hedges, in one of the city’s emblematic squares. Here, the curious, omnivorous and eclectic style of collecting that he embraced like a sort of affirmation of himself, took the upper hand, invaded every room, nook and cranny, even the pietra serena staircase. The pivot around which everything revolves is the archaeological collection, Roman sculptures, epigraphs and fragments of colossal mouldings, leonine protomes, burial urns and memorial stones, which have been accumulated in skilled and picturesque Piranesian disorder at the entrance, in front of the fifteenth-century fireplace or on the enormous Foggini-style ebony consoles, which crowd the walls and invade the terracotta floor, conjuring up the teachings of eclectic connaisseurs of the past, from Lord Arundel and Horace Walpole to John Soane’s fibrillating horror vacui. A growing suite that relates Listri to the romantic precision of Charles Ephrussi, to the Proustian Swann and to the compositional obstinacy by the sulphurous ‘Roman anglicist’ at Palazzo Ricci. The various rooms of the residence started out as a project to contain and enhance the collections. The latest arrival, a small rock crystal cross from the Milanese Miseroni atelier, dating back to the early seventeenth century, found in Prague, aimed to be a compendium and a means of controlling the entire terrestrial and celestial reality. The library contains bibliographic rarities from various centuries and geographical and thematic areas, red Moroccan leather and shagreen, bindings aux armoiries, rows of cognac-coloured backs with elaborate gilding muted by use. «My collection is driven by a curiosity towards beauty but also by an irrepressible impulse towards the unusual, which pushes me to create ideal mechanisms to enhance the absolute value and the mediumistic power of objects. It is important that everything finds its own place and only that, that it establishes poetic and sibylline relationships, that it creates tension with the others that are close to it. My line of variegated collecting lives in the need for an appropriate disposition for the various collections that cross and contrast each other in a tonal counterpoint which produces that beauty I am chasing. Originality lies in the best assembly and in the unexpected audaciousness of a taste that is a reflection of the soul and which demands to set down a challenge to eternity».