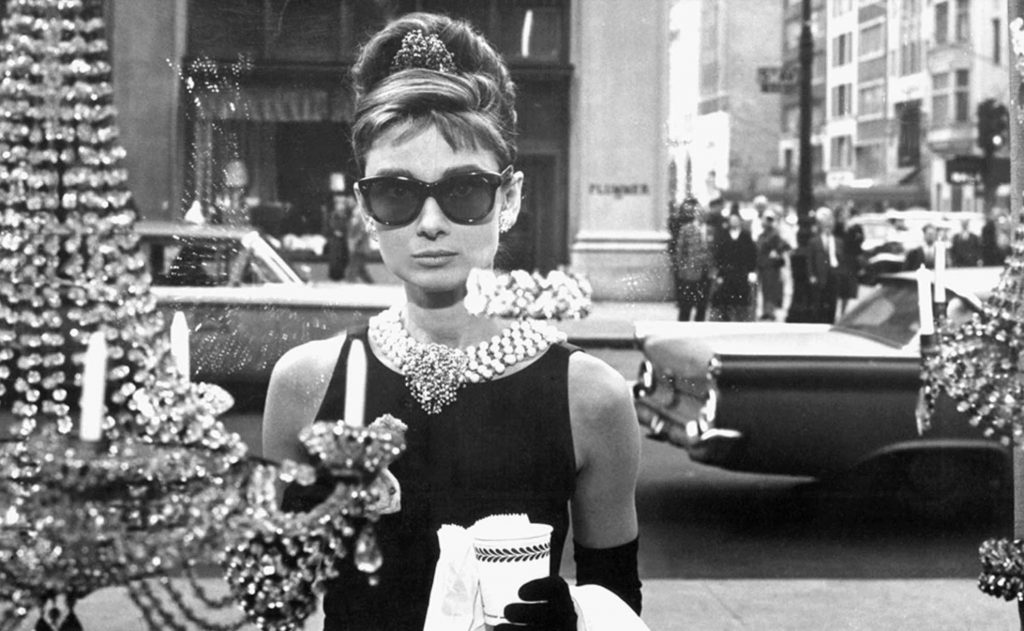 Celebrating Breakfast at Tiffany’s in Turin

During the International Book Fair, Lampoon and Tiffany marked the sixty years since the first publication of Capote’s novel

Breakfast at Tiffany’s in Turin

Last Friday in Turin, during the days of the International Book Fair, we marked the sixty years since the first publication of the novel by Truman Capote, Breakfast at Tiffany’s. A story that finds in its roundness so much of literary perfection. In the morning, in a hall of Palazzo Carignano, an open to the public round table was held: many people, through emails and messages, complained – at ten in the morning – busy at work, unable to be there, complaining about a schedule so undemocratic – but Breakfast was, and people are accustomed to do it after waking up. There were no faces, but smiles among the almost one hundred and fifty people who participated, perhaps before going to Lingotto to continue a literary chat. In the evening, the comfortable time for the black sheath dress. The Cambio rooms could not give everyone access for security reasons. Some of the protagonists of the good intellectual society of Turin – the one so shy and reserved that the rest of Italy is raising their eyelids – sat at the tables of the Cambio in an uneven mix that was adept at every party: from Carolyn Christov Bakargiev to Dj Boosta, from Cristina Tardito to Massimiliano and Beatrice Marsiaj. Among all, clever and quick-minded, Evelina Christillin, charming and iron lady, shone in her own right, reminiscent of Capote as unpleasant as a frog, and Marilyn Monroe, first cast for the movie then played by Hepburn (algid and not at all sensual, in Luca Beatrice’s opinion, a granite heterosexual and president of the Circolo dei Lettori). Breakfast at Tiffany’s is the story of a high-profile prostitute who then remained – thanks to Capote, Hepburn and Tiffany – the most elegant woman in literary fantasy – singing Moonriver with her guitar on a windowsill in New York. The other night, it was late, someone had drank a glass too much and the notes were out of tune under the balconies – we walked back, young and beautiful, in elegant clothes and high heels, as the characters of that novel, turning around: Turin and its history, our culture – the world is here, nothing is more international than Italy.

A project made possible with Tiffany & Co.

With the support of American Express, which allows us to tell this story with new energy.
Special thanks to Moët & Chandon, Belvedere Vodka.

It was October 5, 1757 when in front of Palazzo Carignano, Guarini’s masterpiece dated 1680, a certain Signor Vigna obtained permission to build a building intended to house a coffee. Caffè del Cambio, perhaps because of the change of carriage horses to Paris, or as an allusion to the exchange of money that took place in the square.
On October 5, 1960. Just that morning, the scene was shot in front of the window of Tiffany & Co. on Fifth Avenue because, as the residents (and also the directors and writers) know well, on the mornings of October in New York light is reflected with pink and silver tones on the buildings.
The hall of the Risorgimento and its frescoes dated 1875, the marbles of Prali, the gold foil covering the boiseries, the large mirrors, the crystal chandeliers thus come into conflict with the tables and chairs of Martino Gamper. Michelangelo Pistoletto, the Argentine Pablo Bronstein and the Israeli-New Yorker Izhar Patkin – have set up the new spaces of the Cambio.
Cavour was a habitué of the Cambio so much to have his own private table from which he could keep an eye on Palazzo Carignano, then seat of Parliament, and be warned when his presence was required in the chamber, with a white handkerchief waved from a window in front of it.
In 2013, a Russian billionaire spent $ 306,000 to auction the Truman Capote’s manuscript.
American Express – the speed of thought and connection, a special thanks to American Express that allows us to tell this American story, throughout Italy.

On Friday 11 May Lampoon goes to Turin for the International Book Fair to talk about a novel that was first published in 1958, sixty years ago. From that moment on, this simple novella was to bring all the liberty and hazards that were New York to the world at large.
In 1957, David Attie was thirty-six years old. He was an illustrator of posters, billboards and covers and was having a hard time of it; newspapers were shifting from drawings to photos, with the streets of Soho and the Village a magnet attracting wild, love-struck artists, a crowd of variegated, multi-coloured people. David enrolled in a photography course held by Alexey Brodovitch, art director and designer, who is said to have created the first double-page layout.
While developing the film from his very first assignment, David realized he had overexposed all the images by accident: they were too bright to produce even a single usable image. His lesson with Brodovitch was the following day so, in an attempt to salvage a potential disaster, he assembled one on top of another in a ploy that was all transparency and layers. Brodovitch thought it was ingenious. He hired David to illustrate a novella by Truman Capote that was to be published in Harper’s Bazaar the following July – not bad for a beginner’s first job. David worked on it for two months and Capote was happy with the result.
The directors of Hearst, the publishers of Harper’s Bazaar, asked Capote to change his story and his language just a little – it told of a girl who went to bed with men for money. Capote did as asked because he liked David Attie’s photos. He edited his tale – but they were still not happy at Hearst. Tiffany was one of the magazine’s most important advertising partners and they feared it might not be best pleased with the plot.
So, Capote gave his story to Esquire, still insisting that they use Attie’s photos and it was published in the November issue. It makes us smile today, to think that, in the entire history of publishing, there has never been such a powerful advertisement for Tiffany as the one gifted by Capote with his book. And not just Tiffany, but Fifth Avenue and New York in particular and all the beauty of America in general.
Tulips, hyacinths, all kinds of Dutch bulbs, around the trunks of the linden trees, on the corners of steps, set against the vanity of selfish wisteria – whether it is a scene by Bret Easton Ellis or Rihanna getting out at the Metropolitan – springtime in New York has you falling in love. Girls go to bed with everyone but you, that’s the way it is. You are lying reading on a bench in the shade, not far from a basketball court, in Sullivan Street. New York: reading about it in books, seeing it in films, dreaming of living there. In order to dream, you need to fall asleep, let your photos lighten – a smile and consolation: the most beautiful story of all is still a novel that finishes in a rainstorm in pursuit of a cat.