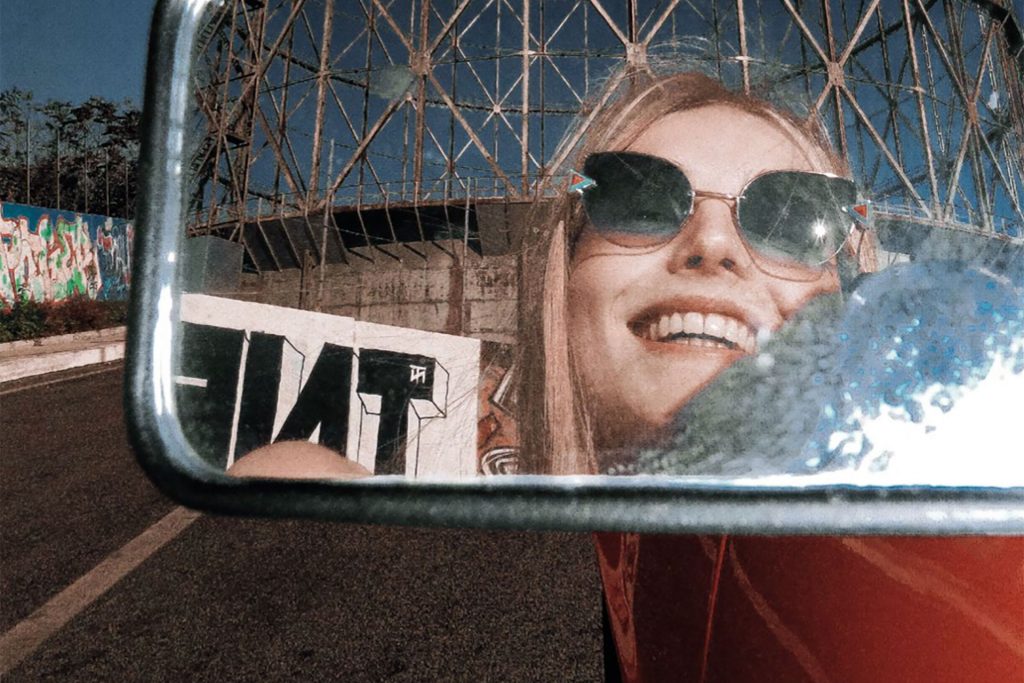 F is for Fendi

Not a simple online magazine. F is for the new Fendi digital platform wanted by the millennials and dedicated to the chronicle of their generation

I would call it a bond. The bond that unites a generation. The Fendi Bond unites a certain type of aesthetics, an attitude, a revolution. The world to a city: Rome. It looks like an online magazine. You enter Fendi.com, access the page F is For… A fluorescent emoji grins wickedly as the page explodes in a plethora of colours, graphics, photos in movement, visual animation, videos, sounds and sliding windows. A melting pot of energies, a different world. With a magazine, users are readers; on a platform, users can add their input in different ways and are repaid with an automatic, instant website format depending on what they are looking for or interested in. All websites are evolving into platforms, with an extra dimension — like a manifesto that encodes an identity the user can recognise and relate to.

Cristiana Monfardini, head of worldwide communications at Fendi, tells us: «F is For… is a point of view,» Cristiana Monfardini is in charge of curating and editing, which she does with her heart and courage. «Total brand awareness, with no sales strategy. When I talked to the president of Fendi Pietro Beccari about this project of mine, his only recommendation was ambition. If it was going to be new and strong, it had to be totally powerful.»

A pact, a vibration, a wave. «This is a platform for millennials by millennials. I want to look for their point of view and manage to boost the authenticity that is part of their intellectual freshness, using the structure and the force of the Fendi image.» Cristiana Monfardini’s enthusiasm is contagious. «Millennials are often seen in a sense of emptiness: these are youngsters who are already adults and they are aware that they manage their virtual life better than reality. I want to analyse the authenticity of this approach of their.»

A year ago, Cristiana Monfardini started work on the F is For… project, «I chose a team of new youngsters for the Fendi company. I found them in different sectors in the world of fashion – economics, research. Polyglots and globocentric, the buzzword is efficacy over speed. Emptiness means space, lots of space. These youngsters think outside the box, ready for anything at work, with a smile every morning. I continued to ask myself how I could convey to them the values of the Fendi heritage, its culture of craftsmanship and detail, of hand manufacture. I had in mind a concept of verticality, narrated through the architecture of Palazzo della Civiltà Italiana, the Fendi headquarters that are so iconic for us. I saw the millennials as vertical. Understanding becomes buying. Their knowledge is not vast, it is dizzying. They have lived every day for as long as they can remember, with a crystal ball in their hand that they can ask about anything that comes into their heads.» Yes, curiosity instead of knowledgeit is curiosity that beats ignorance, not culture.

Millennials are by definition those born in the early Eighties –some would even include those who today are thirty four, others stop at thirty or thirty two year olds. They grew up at the turn of the century, they have seen the birth and explosion of the online era, but still have an idea of how it was before. Millennials are, already today and increasingly over the next few years, the main purchase power for image brands – and must not just be seen as kids born after 2000 who have absolutely no idea what a cordless phone is, the so-called Generation Z.

There is a manifesto for F is For… that states how much millennials are qualified and authentic; how much Millennials have the ability, the art maybe, of turning the past into future. Concepts that clash with the perception of heads bent sideways glued to a mobile phone and the consequent and epidemic neck ache. Carolina Beccari is part of the ref- erence group that Cristiana Monfardini turned to for the construction of F is For… «I feel I am a fully-fledged millennial. I perceive technology as an energetic drive towards the future,» Caroline explains, mixing Italian and English terms, because some concepts are more immediate in the latter. «Sharing instead of living: it might be our weakness – but we know no alternative. Every friend, every person is just a click away. We do not know what it was like before – but we see it as something positive: the immediate possibility of dialogue leads us to speak without filters, with less of that adolescent shyness.» No pride or presumption in this priority given to being always on line – there is a rational sincerity that immediately becomes adult, cold, awareness. An unexpected maturity for such young kids:

«Posting is not something even we spontaneously,” continues Carolina. «When posting we too must find a desire to display something. We are definitely not in the league of those who have turned it into a profession, such as bloggers or the so-called influencers – we don’t use the same attitude, the same need, which for them is urgency. On the contrary, we step back from all that. For us it is all more automatic, for us it is much calmer because it is spontaneous – more about having fun, rather than a desire to put ourselves on show.” With the same precision, Carolina Beccari comments on the evolution of content. «It’s not so much reading that is missing from our everyday lives, that is a must that we recognise. What social media annihilate is television, the sworn enemy of reading. TV series that a few years ago were top choices for our entertainment are today starting to be replaced by continual sharing, by continual dialogue between us.»

The F is For… video – we could call it the project’s opening soundtrack – has reached a million views on YouTube. What more fascinating story than Rome? F is For… is also a guide, a treasure map, for finding hidden corners like rubies in bricks. F is For… does not seek luxury, starred chefs. It refutes vocabularies that boast words like cool and wacky. This is Freak Rome – the F of Freaks is the first letter in this monosyllable alphabet. F for Fulgore (brightness or splendour) – a non-smart Italian word is used for the fashion features – all shot with an iPhone7, mixing pieces from the Fendi archives, with garments from the new collections. Fulgore is all about the concept above: it leverages curiosity easily satisfied by a meaning found on internet. The truth is that of late many non-English words are reappearing in titles, exploiting precisely that ability for searching that millennials manage as their own personal right. And so we continue, down through all the words that start with F – Faces for portraits in photos and words, Freedom stands for places for these Freaks New Goonies. Music is essential – part of the Fendi DNA. Fearless is the section dedicated to live performances. Minimum editing creates previously unreleased video clips shot on the rooftop of Palazzo della Civiltà Italiana. Singers and performers like Nx Worries and Kelela against the light of centuries-old sunsets over Rome. Vertical mirrors provide an essential, well-balanced set, as does the coloured machine smoke.

F is For… Future. The launch of this platform, the knot tying this bond, took place in New York, on 10 February, in the Fulton Market Building, near Brooklyn Bridge. Difficult to call it a party or a show – it was something quite different. «It’s a space that’s open and conductive to people getting together and enjoying the music and the other people. It’s not stuffy fashion typical luxury brand Fashion Week event. Instead of closing in, they opened it up,» Mia Moretti told a journalist from Vogue. It was a journey at the end of the night in this 2017, with geometrics in marble copied from the design of Palazzo Fendi in Rome. Instead of the water in the fountains, there was the water flowing in the Hudson. There were performances by rappers from all over the world: Migos, 21 Savage, Lil Uzi Vert, Bhoan Phoenix, Meuko! Meuko!, Peggy Gou and many more. More than positive, feedback was focused: Fendi managed to grasp the evolution of time, collaboration «with the unexpected. They understand that they have to evolve to not become irrelevant» wrote Winston Peters on his Instagram account.

First, Fab, Far-far-away. F is For… Fragility, a sense to be found in non-perfection. The models are filmed backstage after their first exit, in the interval before the line-up. Authenticity is a gamble, the victory of the millennials, faster and less expert. New sounding lines, more fragile but more sensitive, as Marcel Proust would say in his never-ending tomorrow.